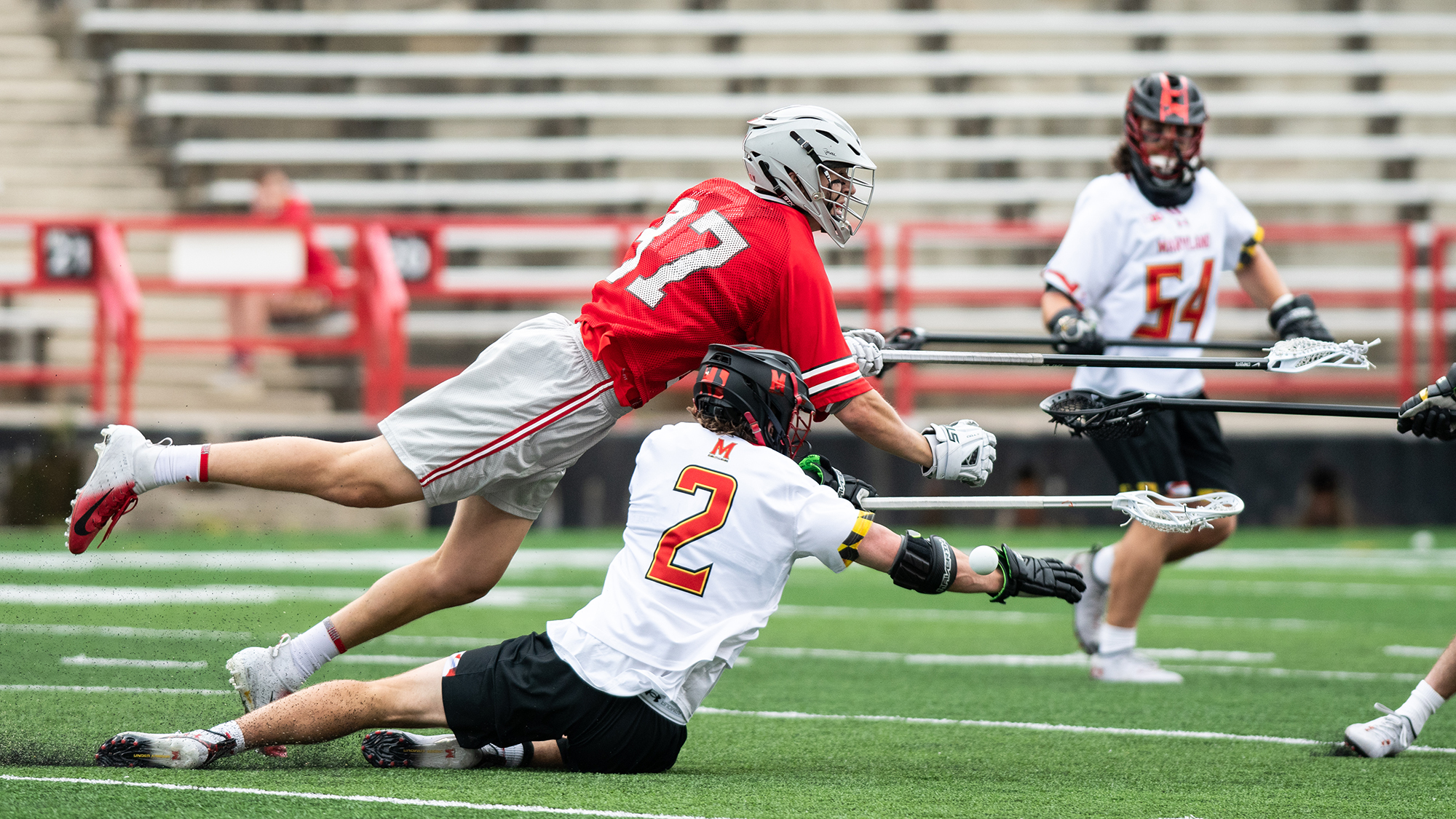 Maryland men’s lacrosse won its first five games by a combined 40 goals. That put a target on the team’s back for the second half of the season.

Playing a conference-only schedule this year, the Terps have to play each of the five Big Ten teams twice. And it seemed impossible that Maryland could dominate teams the second time around as much as the first, but they’ve won their last four games by a combined 27 goals.

Coach John Tillman’s squad hasn’t had trouble with rematches so far this season, and it will look to replicate its past four weeks of success at Johns Hopkins Saturday.

“We got a team [where] everybody is on the same page,” senior Anthony DeMaio said. “Everybody, day in and day out, knows that we have bigger goals in mind, and I think that we just stick to that, kind of just focusing on ourselves each and every week.”

The team will be able to accomplish an undefeated regular season with a win in Baltimore. Like they did in the first half, the Terps made  another clean sweep of the conference during the second half of the season.

[Maryland men’s lacrosse isn’t getting complacent after ascending to No. 1]

After defeating then-No.12 Ohio State 18-8 on Sunday, Maryland enters this weekend’s matchup ranked number one in the country for the second straight week.

With the nation’s top team coming to town, Tillman knows Hopkins will bring its best to take his squad down on Saturday, just like the other four opponents that have recently tried — and failed.

“Rematches are a challenge,” Tillman said. “A lot of times, it favors the team that lost the first game because I think you re-look at things, at least schematically.”

The last time the Terps played Johns Hopkins twice in a season was 2019, when Maryland dropped back-to-back games to the Blue Jays in the regular season finale and the Big Ten Tournament semifinal.

The Terps don’t usually play teams twice in the regular season, but they have developed a strategy when facing teams for the second time. Tillman and his staff prepare for numerous defensive set-ups and anticipate changes on the offensive end.

“You have to go through some hypotheticals,” Tillman said. “I don’t think you want to overdo it because you could be chasing ghosts all week, but you also feel a sense of responsibility to prepare your kids as best you can.”

Everything the Terps have done so far to prepare for rematches has worked to perfection. And on Saturday, they’ll be defending their 18-10 win over the Blue Jays on March 6, a game where Logan Wisnauskas exploded for a career-high nine points.

Eventually, the Terps will start playing teams outside of the Big Ten, which will require them to drop the rematch strategy and start from scratch. But for now, all eyes are on Hopkins.

“This time of year is exciting,” junior Brett Makar said. “Things start to turn the corner, and around this time of year, everything means a little bit more … To end the year with Hopkins … it’s something that we definitely had circled on the calendar.”