Maryland men’s lacrosse isn’t getting complacent after ascending to No. 1 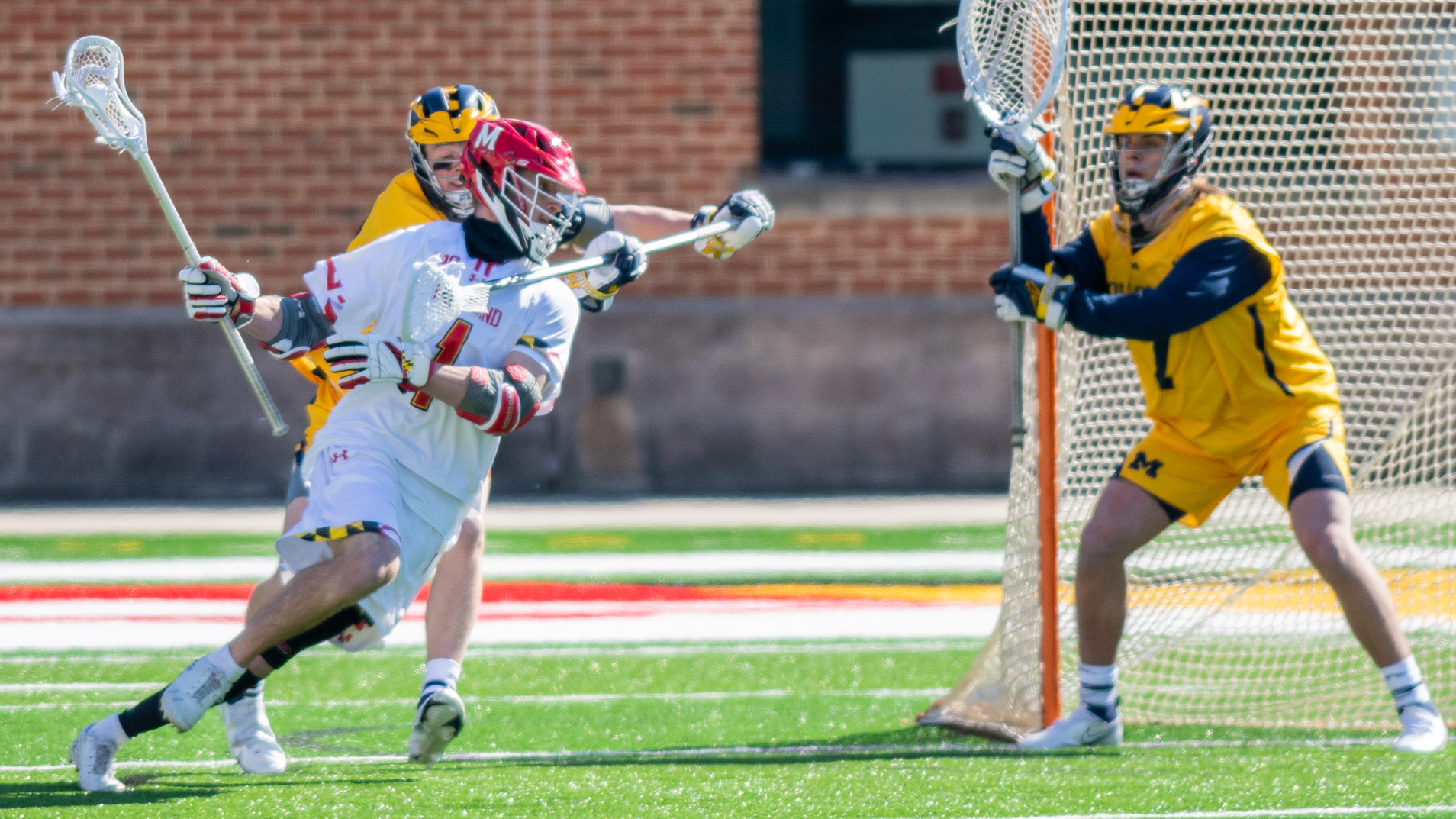 Maryland men’s lacrosse last ranked No. 1 nationally in week 12 of the 2018 season, just before receiving the No. 1 overall seed in the NCAA tournament. Coach John Tillman’s team eventually fell to Duke in the national semifinals that year.

Nearly three years later, the Terps are in a similar position. With postseason play quickly approaching, they hold the top spot in the polls for the first time all season after surpassing the Blue Devils Monday.

Just two games are left in the regular season, and Maryland is gearing up for a long postseason run — while trying to not get too far ahead of itself.

“We’re trying to stay loose. I think that’s something that we definitely need to be,” defenseman Nick Grill said. “We’re just trying to make sure we get locked in for the stretch run.”

On Sunday, 8-0 Maryland will welcome 4-4 Ohio State, which it defeated handily in Columbus on March 20. Despite their .500 record, the Buckeyes are ranked No. 12 in the country and are coming off a 14-12 win over Johns Hopkins, which Maryland will face in its season finale on April 24.

Unless Maryland Stadium is chosen as a first-round site for the NCAA tournament, the Terps’ final game in College Park this year will be Sunday, and they intend to make the most of it.

“We’re just taking it one game at a time, understanding that we have a really competitive Ohio State team coming in here,” Grill said. “They’re a lot better than when we played them the first time.”

Despite their undefeated record, Tillman would like to see his team clean up some things in the final two games of the regular season. The first is its tendency to start slow.

In each of its past three games, Maryland has fallen behind in the first quarter. The worst deficit came last weekend at Michigan, when Tillman’s squad went down 5-0 before responding with 16 straight goals.

[Maryland men’s lacrosse moves up to No. 1 in latest Inside Lacrosse poll]

The Terps hope being at home, with fans and students in the stands, will help them be ready to go when the first whistle blows.

“We’re really glad to be back home this weekend,” midfielder Logan Wisnauskas said. “We got to start faster. That starts from the top … making sure we’re not flat, coming out ready to go. That’s what I’d say we’re focusing on these next couple of weeks.”

After the Michigan game, Tillman said travel affected the way his team started. Fortunately for his side, Maryland will only have to drive 45 minutes up to Baltimore the week after Ohio State.

The Big Ten and NCAA tournaments are on the horizon, but the Terps have two games straight in Maryland to focus on themselves.

“The nice thing is we have three weeks here where we’re in-state,” Tillman said. ”I do think there’s some value to that. We talked to the kids, especially the seniors, yesterday about maybe some things that we can do [to improve].”