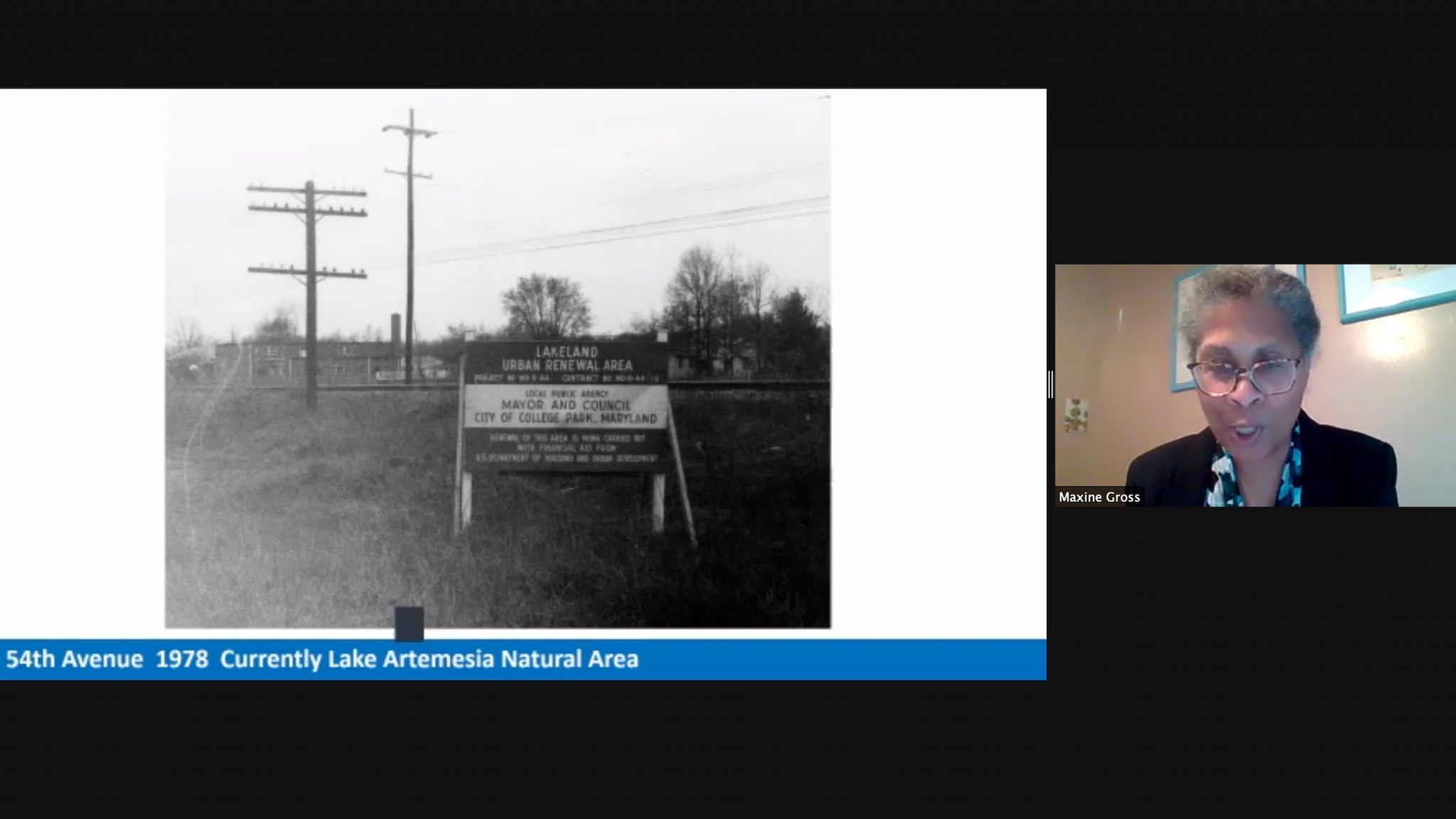 Community members gathered on Zoom on April 21, 2021, to discuss the history of discrimination along the Purple Line corridor. (Anaya Truss-Williams/For The Diamondback)

Ongoing construction of the Purple Line, a 16-mile light rail that will stretch from Bethesda to New Carrollton, prompted a wider conversation about residential and economic segregation and how racial equity can be fostered with transit-oriented development.

“[The Purple Line] connects some of the region’s wealthiest and least advantaged communities and that could potentially address some of the long-standing segregation that we see in this region” Dan Reed, the forum’s moderator, said.

More than 30 years ago, the construction of the Green Line Metro train — which now runs from Greenbelt through D.C. to Suitland — was delayed by budget shortfalls.

Glendening remembered doing a news conference with Maryland Representative Steny Hoyer where they both called for a guarantee that the Green Line in Prince George’s County would be built or the county would not contribute funding to the train’s operation or construction costs. Shortly after, Metro secured funding to finish the Green Line.

“First, we must recognize, understand, be very explicit and very public about the racism of the past, and then reject that racism. Second, we must view all future decisions through a lens of equity, fairness and inclusion,” Glendening said. “It’s about inclusion to keep current residents in their homes of choice.”

Other speakers from the Lakeland Community Heritage Project reiterated the importance of keeping residents in their original neighborhoods.

Lakeland is a historically Black neighborhood in College Park that lost two-thirds of its residents during urban renewal. In the 1980s, urban renewal land was transferred to Metro for the construction of the Green Line.

Lakeland Community Heritage Project community designer Courtnie Thurston said that apartment buildings and other developments  in College Park do not center on the needs of Lakelanders. The Purple Line’s construction has amplified residents’ fears of being displaced due to the rising cost of homeownership and limited options for affordable housing, Thurston said.

“Today, the Purple Line threatens to undercut my generation’s ability to remain in the neighborhood we love,” Thurston said. “Although the track won’t run straight through Lakeland like Metro’s Green Line, many of the stops in College Park aren’t easily accessible for Lakelanders.”

Community advocate Yolanda Quintanilla also expressed concerns about the Purple Line pushing out people who reside in Langley Park, where the COVID-19 pandemic has sparked housing insecurity and anxieties about gentrification.

“Equitable development does not equal displacement and we have to come together as a community to ensure this,” Quintanilla said.