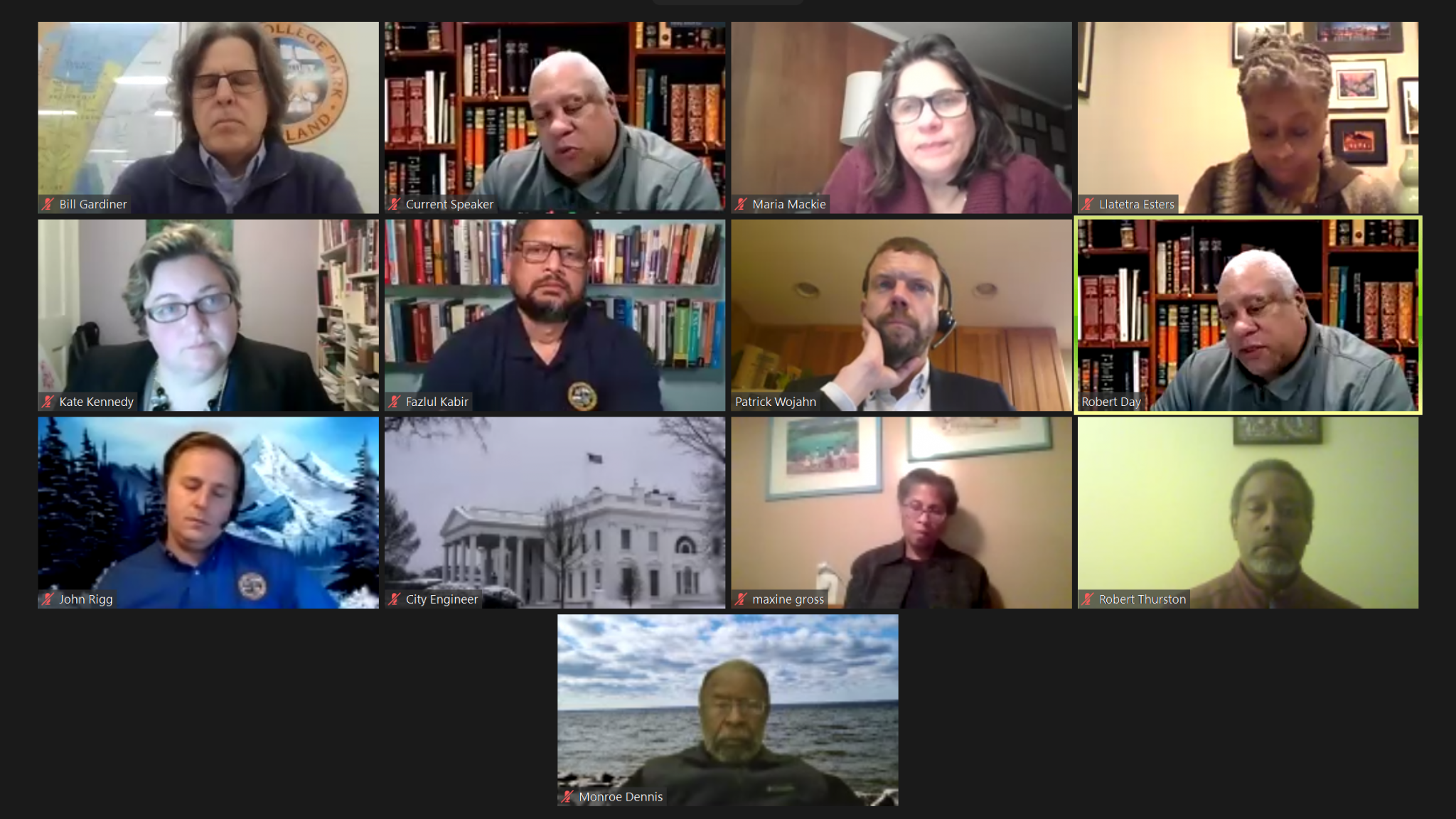 The College Park City Council continued ongoing discussions about restorative justice for the Lakeland community during its work session Tuesday night, with speakers from the Lakeland Community Heritage Project and the Lakeland Civic Association.

During the work session, the council discussed plans to organize a small steering committee made up of Lakeland community members, city officials and members of the wider community that would outline the framework of a commission that would approach restorative justice as it relates to Lakeland.

Lakeland was a prominent Black community in College Park until the 1970s when the city initiated an urban renewal project, displacing many of the community’s original members.

“Lakeland … is still shrinking by the day,” said Robert Thurston, a Lakeland Civic Association member. “I think it’s important if we are going to have restorative justice that we have … something existing that we can still point to.”

In June, the city passed a resolution renouncing systemic racism and declared support for Black lives, said Bill Gardiner, interim city manager. Since then, the resolution has been amended to include an acknowledgement of the city’s past history of oppression, with specific regards to the Lakeland community, Gardiner said.

“There’s a lot of work for us to do as a council,” said Mayor Patrick Wojahn. “Ultimately, the work is on us to accomplish what the city needs to accomplish, to address the wrongs that have taken place in our city’s history.”

The council is working to preserve both the current Lakeland community and its diaspora, which includes former community members and the descendants of current and past residents, Wojahn said.

Additionally, the council also expressed interest in undergoing training with a racial equity consultant or restorative justice scholar to better understand what restoring justice to the Lakeland community would actually look like in the coming years.

But to take necessary steps, Maxine Gross, a member of the Lakeland Community Heritage Project, said the council needs to “have a clear picture” of what its goals are for the city.

“If you’re hiring a consultant, what do you want this person to do? What are you prepared to look at as an outcome?” Gross said. “I personally can’t cooperate with a process that does not recognize a concrete restorative measure as an outcome.”

The council plans to officially establish the steering committee at next week’s meeting.

“The city needs to put a lot of skin in the game, and so does the county,” said District 3 council member Robert Day. “When it comes to telling this story, you can’t shout it loud enough.”