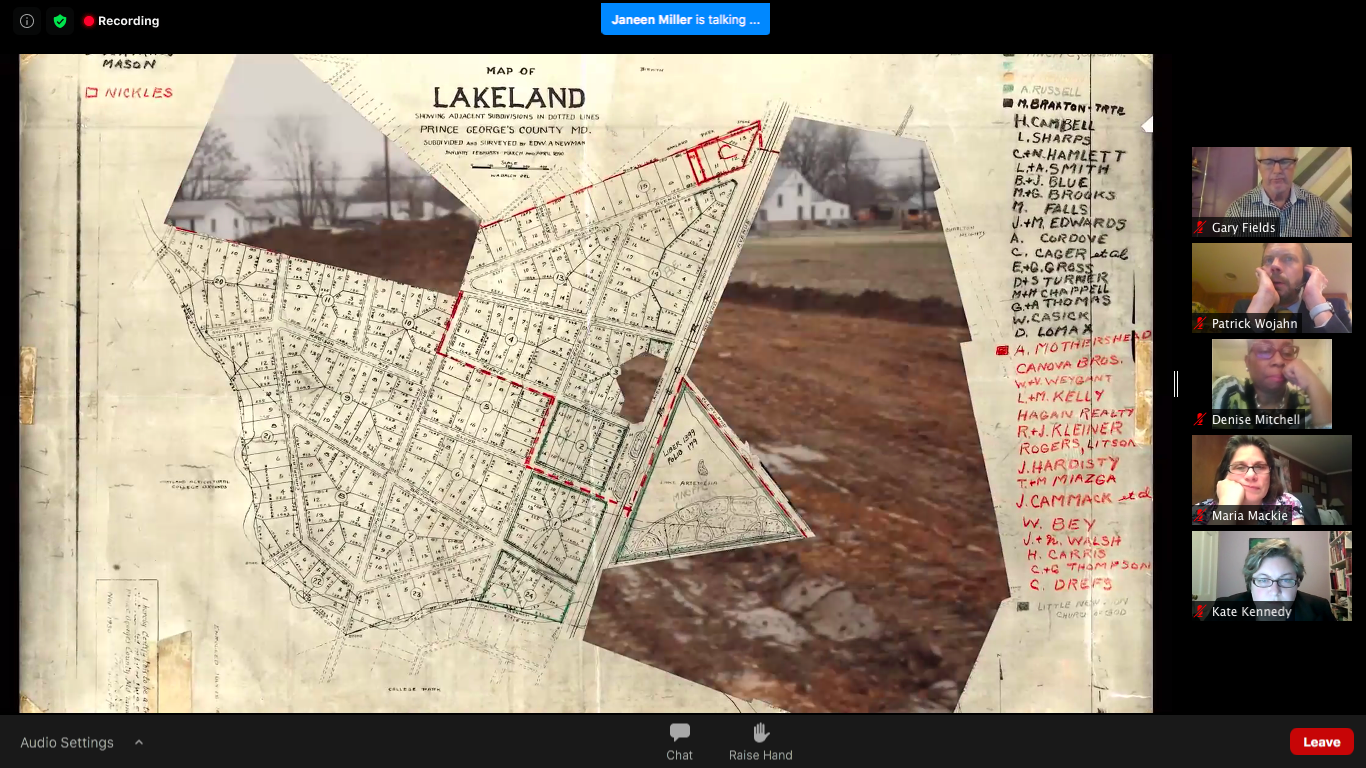 The College Park City Council passed a resolution in June acknowledging and apologizing for the damage done to the Lakeland community. It also vowed to “aggressively seek opportunities for restorative justice,” Gross said.

The Lakeland Community Heritage Project, in partnership with the Maryland Institute for Technology in Humanities at the University of Maryland, produced a video that outlined Lakeland’s history and asked the council to uphold its promise for restorative justice. LCHP and the Lakeland Civic Association are working together to see this justice come to Lakeland.

“We must come together as a government and community and allow Lakelanders to speak out about the wrong done, the harm incurred and set roads to restoration,” said Cameron Thurston, who was featured in the video.

Lakeland was a thriving Black community until the 1970s, when the city began the process of urban renewal. Two-thirds of the original Lakeland community was destroyed, and over 100 families were displaced. Now, Lakeland is trying to get justice.

Lakelanders recommended the process of restorative justice begin with the city’s confirmation of dedication to the process, followed by a formulation of a Restorative Justice Commission and finally the reception of an initial report, timeline and work plan of their completed tasks, by the end of March 2021.

Not all Lakeland residents were able to attend the meeting, but Richard Douglas, whose family lived in Lakeland since the 1940s, requested Gross read his statement to the council.

Douglas himself served in various public service and policy departments, such as the U.S. Department of Agriculture and the President’s Export Council. With his experience he said he understood the weight of responsibility on the council.

“This is not only a bold and courageous first step for city leaders to take, it was the right thing to do,” his statement read.

The process of restorative justice, he said, would allow all parties to contribute to an action plan to officially bring an end to the history of inequality between College Park and Lakeland. Gross offered resources that could be found on the LCHP website, and she also proposed establishing a Restorative Justice Commission. The commission would recommend how to go about restorative justice, focusing on the harm done to Lakeland.

“The commission will act as a steering force throughout the restorative justice process,” Gross said.

The commission would form concrete restorative action, including advice from experts on critical issues and areas of success in similar commissions and how it could be implemented here. It would also include education on the College Park-Lakeland relationship, with firsthand accounts from Lakeland residents on the effects of urban renewal.

Mayor Patrick Wojahn thanked the organizations for putting together the video and raising awareness for Lakeland. It emphasized the importance of the resolution the council made back in June, he said.

“It just solidifies the point of what we need to do as a mayor and council in regards to accountability, in regards to transparency and coming to the table in a collaborative spirit and moving this forward,” Mitchell said.

As a relatively new College Park resident, District 3 Councilman John Rigg said he was always happy to hear more about Lakeland’s history and the untold stories of residents there, as well as other historically Black communities in the county.

“I would hope that you would consider me an ally,” Rigg said. “I would love to be considered a participant in any restorative justice efforts.”

The council plans to set a work session agenda item regarding the commission in the upcoming weeks to discuss in detail what it would look like.