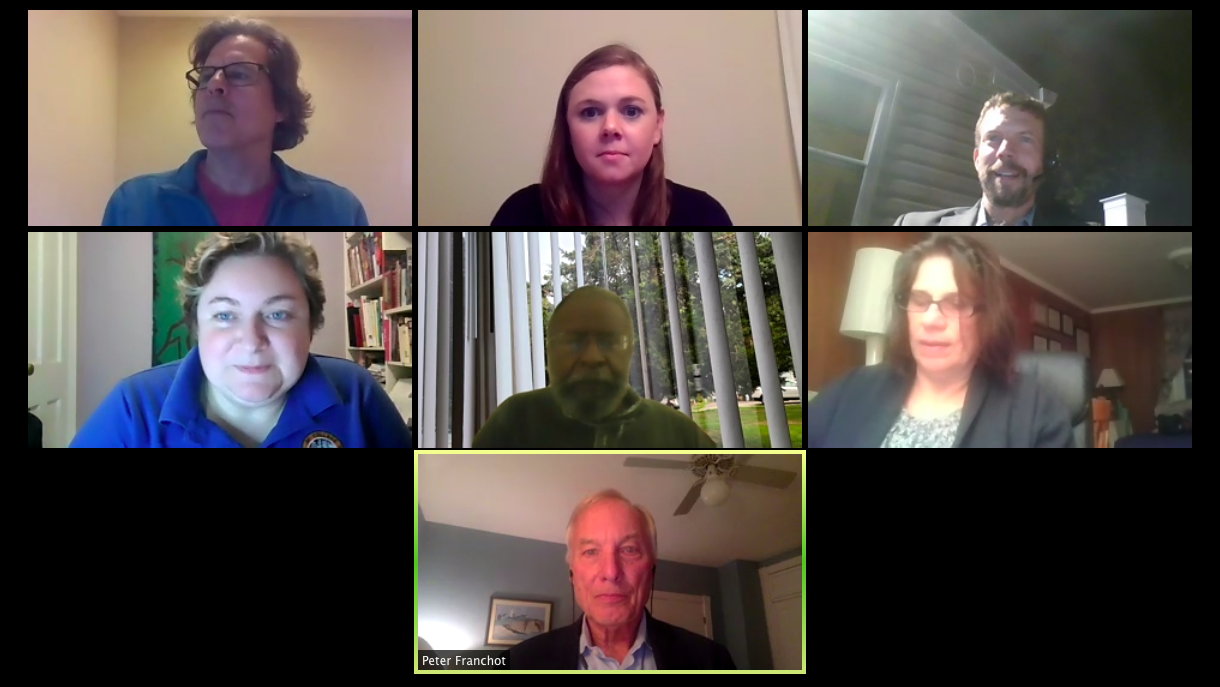 Maryland Comptroller Peter Franchot called for more assistance for small businesses in the state and outlined the obstacles the businesses continue to face during a virtual town hall Wednesday night.

The pandemic has shuttered up to 30,000 small businesses in Maryland, some of which have been around for at least 30 years, he said at the town hall. And he remains concerned about the 20,000 to 30,000 businesses struggling to stay afloat.

Franchot, who is responsible for supervising accounting and financial reporting in the state, launched his Shop Maryland for the Holidays campaign on Monday to encourage Maryland residents to shop at local businesses. He also teamed up with the nine major credit unions in Maryland to offer between double and quadruple points for people who shop locally.

In March, Franchot, a Democrat, called on Gov. Larry Hogan to allocate $500 million dollars for small businesses. Hogan ultimately allotted $250 million from the state’s Rainy Day Fund to help small businesses, but Franchot said he told Hogan to take it back and reconsider, saying he didn’t understand the urgency of the situation.

“What I said to him was, ‘You just are not understanding the urgency of this crisis,’” Franchot said. “I can’t underline how important it is to the state to keep these folks alive.”

Franchot suggested Hogan call cities’ economic development departments and gather a list of all the small businesses that “deserve a shot in the arm right now.” With no application and no questions asked, the businesses would receive up to $20,000 from the remaining 2020 fiscal year fund depending on their situation.

This initiative, he said, would be the state’s way of showing its support and recognizing small businesses as the backbone for the state. So far, only five percent of small businesses have received pandemic-related relief from the state, Franchot said.

Franchot has previously announced he will run for governor when Hogan’s term ends in 2022.

However, no matter the assistance from the state level, small businesses in Maryland face three uncertainties in the near future that could determine their success, Franchot said, the first being the upcoming presidential election.

“[It’s] completely up in the air and very unclear with two different, very diverse directions depending on who wins,” Franchot said. “People are going to look for someone to hold accountable.”

The second uncertainty is whether Congress will pass another stimulus bill. The first stimulus bill totaled to $2.2 trillion. Franchot said Maryland received between $12 billion and $15 billion from the Cares Act, the Paycheck Protection Program, subsidies to unemployment payments and the stimulus checks for individuals.

“That absolutely saved our economy during the summer and saved the state revenues,” Franchot said.

On Thursday, the Commerce Department reported the economy had recovered much of the ground it lost during the spring, although it remains much worse than pre-pandemic levels. Franchot said another stimulus bill needs to be similar in size to the first one, but lawmakers appear to be at a standstill in relief negotiations.

The third uncertainty is the elusive COVID-19 vaccine, something he believes won’t be available until the end of the calendar year. Franchot predicted that come mid-December, there will be a clearer picture of the state’s economy.

But in terms of sustained economic recovery, Franchot believes it will be a while.

“I think we’re talking about the end of the next calendar year before we see some stability,” Franchot said.