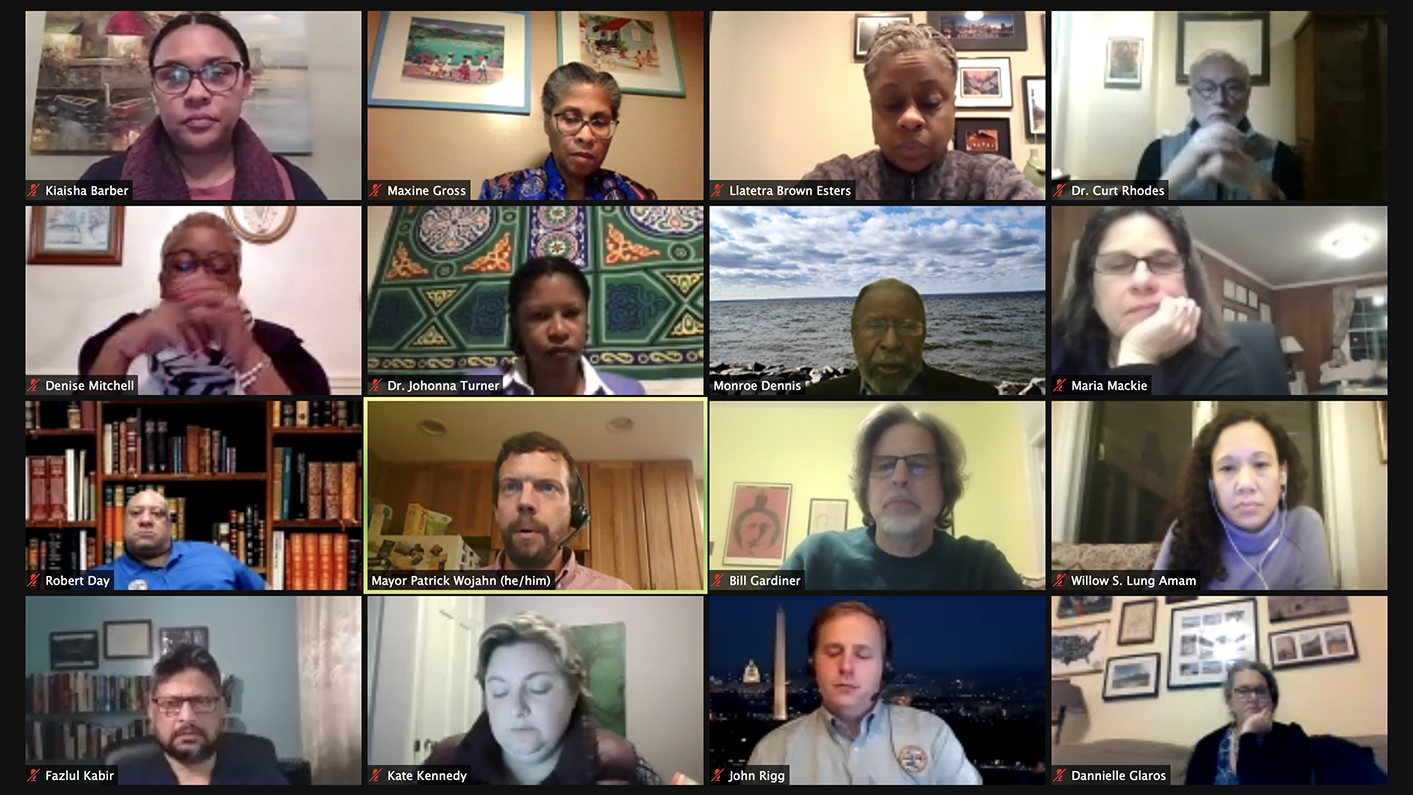 College Park City Council members discussed history, community and restorative justice with a four-member panel at a virtual forum held by the city Monday evening. The conversation focused specifically on the Lakeland community, a historically Black neighborhood in the city.

The fourth installment of the city’s “Continuing the Conversation” programming, the forum was moderated by District 2 council member Monroe Dennis and opened with a video showcasing the historical impact of the Lakeland community. It then turned to Mayor Patrick Wojahn, who acknowledged the city’s promise to work toward restorative justice in the neighborhood.

In the wake of the national protests that swept across the country following the killing of George Floyd in May, the city of College Park passed a resolution denouncing systemic racism and issued a formal apology to the Lakeland community for the city’s “past history of oppression.”

For decades, Lakeland thrived as a close-knit Black neighborhood. But in the 1970s, the city approved and enacted the Lakeland Urban Renewal Plan. Intended to combat the flooding the Lakeland neighborhood is prone to, the renewal instead destroyed two-thirds of the original community and displaced more than 100 families in the process, according to the Lakeland Community Heritage Project, a community organization dedicated to preserving the neighborhood’s memories and history.

“We see the long history … in which this program that has the potential to radically reshape and rebuild a flood prone area for African Americans becomes the very tool of their displacement,” said panelist Willow Lung-Amam, an urban studies and planning professor at the University of Maryland.

While some displaced households received compensation, others were forced to move into public housing, further reinforcing racial segregation, Lung-Amam said.

“Those people who remained in the community were forced to drive by, walk past the remains of most of their community on a daily basis,” said Maxine Gross, a fifth-generation Lakelander and founding member of the Lakeland Community Heritage Project.

Panelist Johonna Turner, a professor for restorative justice and peacebuilding at Eastern Mennonite University in Virginia, suggested that the Lakeland community and the city of College Park work together to address the impacts of the neighborhood’s historic destruction.

“A restorative justice process brings people together who have been impacted by harm, and people who have caused harm, and they bring them together along with other impacted parties to address the harm and pursue healing together,” Turner said.

Council members and panelists alike acknowledged there is still much to do to fully address the lasting impacts caused by the urban renewal plan.

“If we don’t solve our healing issues we’re going to keep continuing to relive the same harms over and over and over again. And that’s the story of African Americans in this country,” Gross said.

The panelists ultimately agreed that, to best serve the Lakeland community, the city must be willing to ask and listen to those who were impacted by urban renewal in the area.

“My heartfelt hope is that when the ask is brought to us, that we are really willing to sit and listen — listen with an open heart and mind,” said District 4 council member Denise Mitchell.

“This should not be a burden that the people who have been forced to suffer through these many years to carry,” he said. “This is a burden that we as a city need to take on.”