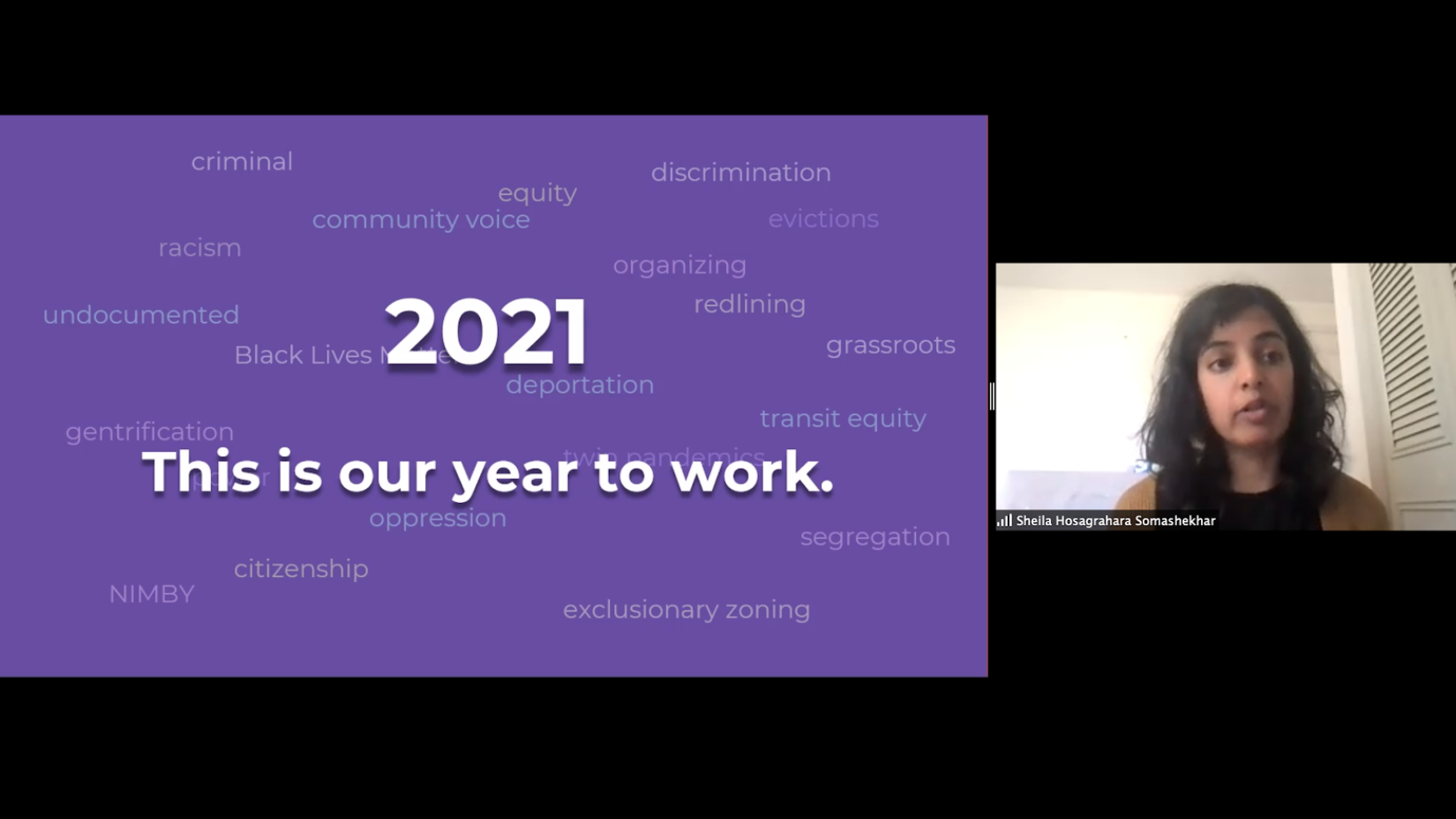 The Purple Line Corridor Coalition is a collaboration between communities and the public and private sectors. Led by the University of Maryland’s National Center for Smart Growth, the coalition works collectively toward prosperity in the communities and businesses around the Purple Line.

Tuesday’s meeting brought together corridor residents, nonprofits, businesses and other organizations to check in on local communities and businesses. Also present were planning department officials including Kip Reynolds from the Maryland-National Capital Park and Planning Commission and community activists such as organizers from advocacy organization CASA.

Sheila Somashekhar, the coalition’s director, spoke about how the community must adapt to the changes presented by the COVID-19 pandemic.

In the upcoming year, the coalition will continue to work on dealing with short-term challenges and progress toward its lasting goals of equitable community development, Somashekhar added.

“As a coalition [we] have been pushing ourselves to think about how we can deepen our commitment to racial equity and justice,” she said. “That includes … how we engage with the history that has given shape to the disparities along the corridor that we see along racial lines.”

[Gov. Hogan announces limitations on bars and restaurants in Maryland]

Purple Line corridor resident and activist Isaías Portillo both expressed his support for the 16-mile light rail project and voiced some of his concerns.

Portillo worked on the Purple Line for the past few years, but he was laid off after budget disputes between the state and private contractors left construction sites idle.

Still, he said he believes the project is important because it will open up more employment opportunities and shorten commutes.

“Everything would be better,” Portillo said in Spanish.

He is, however, adamant about continued access to affordable housing.

Portillo and other Langley Park residents first joined forces with CASA during the summer, to fight against rent increases in apartment complexes.

“Together, we have been fighting, working so that they will take us into account,” Portillo said.

He worries that after the Purple Line is completed, affordable apartment complexes will be torn down and replaced with expensive apartment buildings that residents wouldn’t be able to afford.

After voicing support for the Purple Line, CASA organizer Jorge Benitez-Perez talked about housing rights and rising rents in the area. Communities in Riverdale Park and Langley Park have fought back with rent strikes against their apartment complexes.

“We are worried about the repercussions that could come when it comes to housing,” Benitez-Perez said. “For over a decade, rents have been rising faster than the consumer price index and wages.”

Some people are also worried about maintaining community connections. Despite the Purple Line spanning 16 miles with 21 stations, some expressed concerns about the light rail leaving some communities behind.

“It’s great that the Purple Line is going to exist, but if we can’t connect people to it, it really won’t benefit the communities that we would like to see,” said CASA research and policy analyst Ashanti Martinez.

Langley Park and other communities lack the first and last mile connectivity — and biking and pedestrian safety — necessary for the light rail to be valuable to residents and riders.

“I understand there’s limitations with the budget, but priorities get paid for,” Martinez said. “This has to happen, because we live in construction zones in my community and the communities that I represent. That’s unacceptable.”

For some residents in the Purple Line corridor, investment and policy changes seem like a pipe dream.

Gov. Larry Hogan has yet to allocate the $2 million set aside by the Maryland General Assembly for Purple Line-affected businesses in the state budget, Wilkins said.

Until businesses receive this funding, communities and community development groups will support them to try to keep their doors open.

“Circumstances have changed … the big vision remains the same, which is in the long term we are working to build an equitable Purple Line corridor,” Somashekhar said.