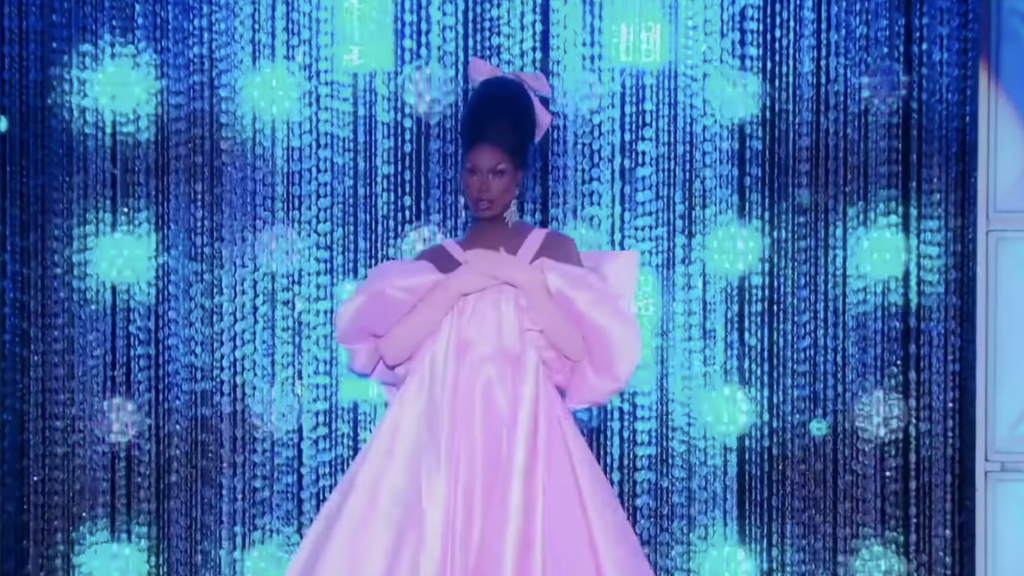 Shea Couleé is the winner of 'RuPaul's Drag Race All Stars' season 5. (Screenshot via YouTube)

SEE typically hosts two drag events each spring: a large drag show with local performers and a popular headliner — such as Drag Race alumna BeBe Zahara Benet in 2018 and Miz Cracker in 2019 — as well as a smaller drag makeup workshop with a local drag artist.

This year, because of COVID-19 restrictions, SEE Performing Arts Director Avni Khera decided to combine the events and do the makeup workshop on a larger scale with a well-known performer.

“I felt like the makeup workshop was a really fun thing, like a little supplemental event that we do to kind of boost the annual drag show that we normally do,” Khera said. “But my main goal this year was to make events that were very interactive that people could actually take part in instead of just being a spectator.”

Students followed along as best they could as Couleé effortlessly painted on a red cut crease with gold glitter and black winged eyeliner — a look inspired by SEE’s 50th anniversary and intended to showcase this university’s colors.

[One year after campus shut down, Studio A is still creating]

It was exciting to watch Couleé go through her makeup routine. Drag Race viewers only get to see the finished look on the runway, so it was interesting to watch the transformation step by step and see what products she prefers.

While doing her makeup, Couleé addressed as many comments as she could from the audience. People asked questions ranging from what it was like to work with Rihanna in her fall Savage X Fenty show (she smells like an angel) to who she thinks will win season 13 of Drag Race (no pick yet, but Rosé has grown on her throughout the season). There were also more basic questions, like about her favorite vacation spot (Amsterdam, because it’s like Disney World for adults).

Talking to Couleé directly was a unique experience for attendees, especially for Drag Race fans like junior journalism major Michael Purdie, who said he didn’t expect the event to be so interactive.

“She was responding to people in the chat … I was just so shocked about that,” he said. “She called on me once because I said I looked ugly with the makeup on, and then she pinned me and put me on and started talking to me and my friends, which is crazy because I’m like, ‘Oh my God, I’m talking to Shea Couleé!’”

Purdie is already excited for next year’s events and even has a few ideas for performers he would like to see.

“Lemon is a big one that I love,” he said. “Jaida Essence Hall — she won season 12 — she’s great, and Gigi Goode from season 12 — they have really great makeup skills, and I think there’s a lot that I can learn from them.”

[The everlasting appeal of Dolly Parton]

Hopefully next year the pandemic will have subsided and SEE will host its annual drag show in person once again. This year’s drag makeup workshop, however, was still an incredible experience. Getting to interact with Couleé, who’s at the top of her game after winning All Stars season 5 last year, is an opportunity students probably wouldn’t have had during a drag show with hundreds of attendees.

This event was Purdie’s first time experimenting with makeup on himself, but he said he’s excited to continue using the free makeup products he got from being one of the first 50 people to sign up for the event.

“In terms of drag makeup, I don’t know if I’m going to get into it too much because I don’t see myself doing drag performances and stuff,” he said. “But maybe just for fun, if me and my friends one day want to get into drag makeup, now I know a little bit more than I did before.”