The everlasting appeal of Dolly Parton 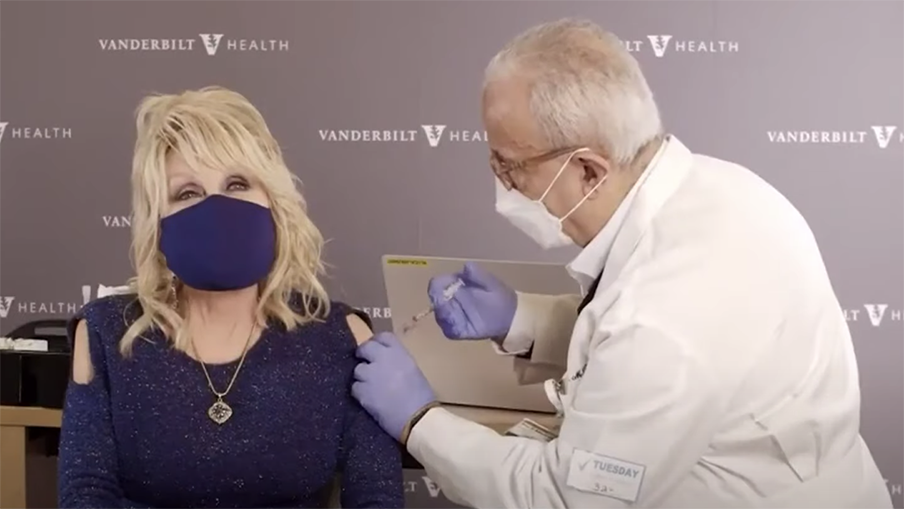 Dolly Parton does not need to prove her power. The 10-time Grammy award winner is one of the most legendary country music artists ever. She has revolutionized the genre for decades and is having an iconic career revival.

From her timeless music to her recent television appearances and philanthropic efforts, I have fallen in love with Dolly Parton all over again. While I’m rediscovering my appreciation, her work over the past year and a half has attracted many new fans. The pandemic has projected her into the hearts of younger people especially — country fans and beyond.

Last Wednesday, Netflix released Dolly Parton: A MusiCares Tribute. The special — filmed pre-COVID — shows when she won the 2019 MusiCares Person of the Year award. In my mind, this is the moment the star’s monumental revival began. The special shows the concert including tributes from Pink singing “Jolene,” a performance by her goddaughter Miley Cyrus and appearances from country music’s finest.

This is the most recent development in a saga of Netflix-Dolly Parton collaborations. While we can always praise her for her music, she continues to create iconic television content too. Her Christmas on the Square special dropped at the end of 2020 as much needed relief. The accompanying album gave me joy too, something that was missing during a particularly dark time. Her successful anthology series, Dolly Parton’s Heartstrings, released on Netflix toward the end of 2019 too.

[No, we don’t need to normalize everything]

Despite working in Hollywood to create her new content for streaming services, she hasn’t strayed from her country roots. It is the glue that holds all of her work together. Her MusiCares Tribute emphasized that she was the first country artist to receive the honor.

“We hillbillies need MusiCares, too. We may not have sex, drugs and rock ’n’ roll, but two out of three ain’t bad,” she joked in her acceptance speech.

Ironically, she was an integral part of proving that country music is so much more than the popular stereotypes that she teases. The special reminded me how important her music is yet again, as if I have not been listening to her albums on repeat for a year now.

In recent years, country music has been criticized for its repetitive lyrics about beer, patriotism and girls in short shorts. People in the industry are slowly working to make it more diverse in terms of lyrics and artists. They are only following what Parton has been doing herself for decades.

Her first single on RCA Records, “Just Because I’m a Woman” addressed many issues of gender inequality in the ’60s, but it remains relevant today. Not only did she prove that women can be successful in the male-dominated genre, but she proved they can cross over into pop too.

[If you’ve been thinking of trying yoga, let this be a sign]

One of the most popular products from her crossover is “9 to 5,” a song that was released with the eponymous 1980 film starring Parton, Lily Tomlin and Jane Fonda. It is still iconic over 40 years after its release and has evolved into a timeless feminist anthem. The song has recently blown up on TikTok in 2020 and was one of the many times Parton went viral over the course of the pandemic.

In addition to her decades of impressive music history, her personality finally shined through too. TikTok users were posting random clips from interviews throughout 2020. They included everything from expressing her love for potatoes to shutting down slut shaming. As each one went viral, I just fell more in love with her.

There was no way for Generation Z not to idolize her after the Dolly Parton side of TikTok was established. A woman with as much talent and spunk as her, who also overcame adversity in her field, is a perfect icon.

Besides her success in television, music and social media, her philanthropic work over the course of the pandemic has been a highlight of her revival so far. She donated $1 million to help Vanderbilt University Medical Center research and develop Moderna’s vaccine. Clips of her getting her first dose of the shot she helped fund went viral. If this doesn’t make you love Dolly, even if you are not a fan of her work, then I don’t know what to say.

Her recent revival proves that you need to do more than just produce good music in order to stay relevant, especially in the minds of younger people. She has been in the music industry for over 60 years, but there is no telling what kinds of turns her career path will make later.