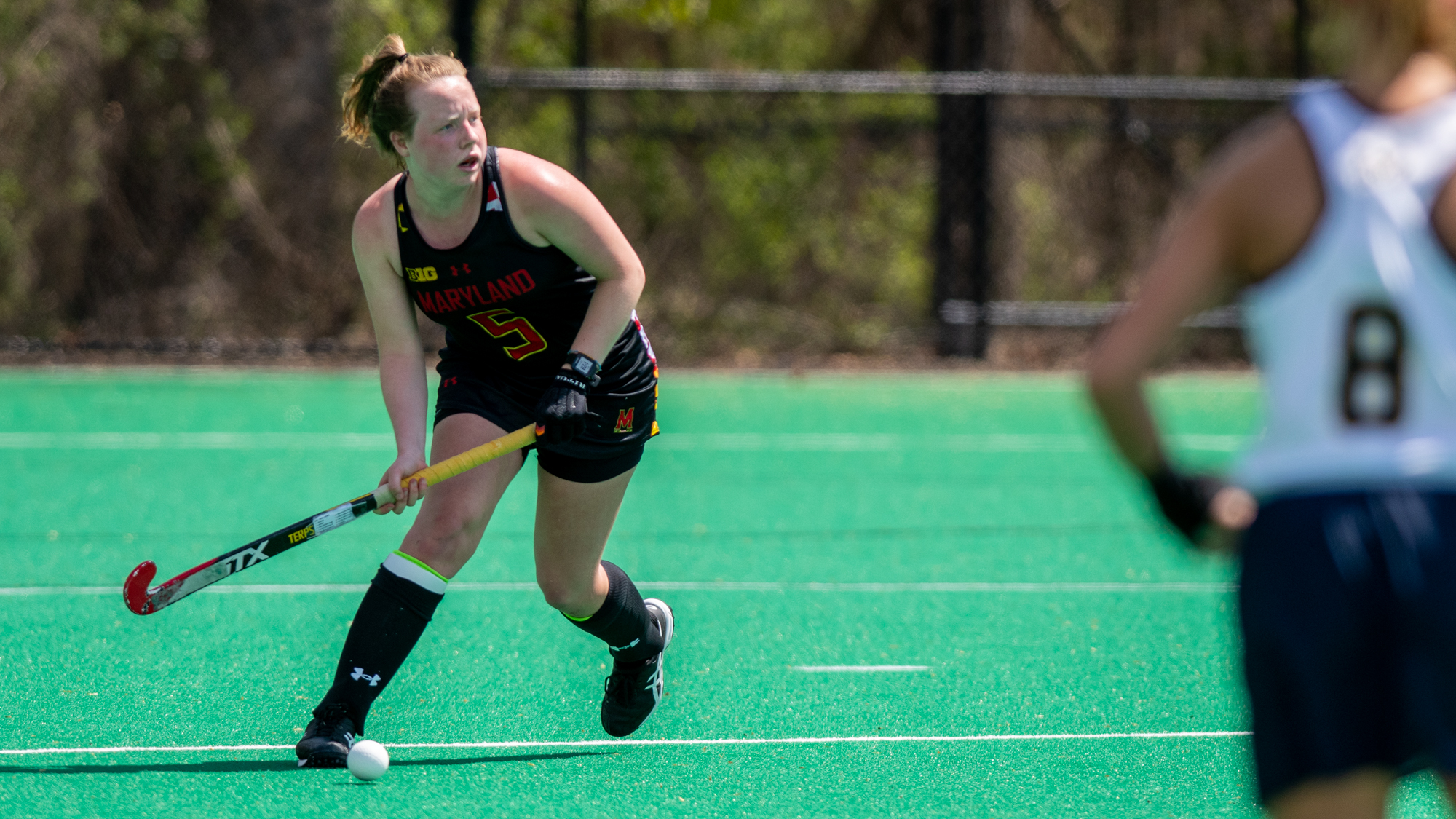 No. 11 Maryland field hockey outshot No. 5 Michigan on Sunday, 13-6. The Terps drew seven penalty corners, more than doubling the number earned by the Wolverines, and their defense was so strong that goalkeeper Noelle Frost only had to make one save.

In a match where the Wolverines seemed to be a step behind the Terps in a number of ways, they didn’t need to score much. Their strength was at the other end, where goalkeeper Anna Spieker held Maryland to just one goal over the weekend.

“Their defense is strong,” coach Missy Meharg said. “Their goalie is upright, and in that regard, it’s a little bit different than what we’ve faced.”

Sunday’s win over Maryland was Michigan’s sixth in a row — five of which have been shutouts, Saturday’s 2-1 win over the Terps being the exception. The Terps dominated almost every column of the stat sheet. The only place they weren’t in command was on the scoreboard.

The chances were there, though.

Having drawn 62 penalty corners during the season, Maryland tried to bring new life to the unit last weekend. Meharg switched things up. The Terps went for a new look on one corner attempt. Riley Donnelly was the point player once again, receiving the ball after Nathalie Fiechter’s set.

But instead of launching a shot herself, Donnelly flicked the ball over to forward Mayv Clune, who rifled the ball toward the cage.

For all of Maryland’s adjustments, though, none of them resulted in goals on Sunday.

“Our execution was off,” Meharg said. “The speed of our push-out; the accuracy.”

Meharg has also had to make adjustments to her lineup. After starting in every match since she was a freshman, senior Brooke DeBerdine had to miss the match, and defender Rayne Wright came in from the bench. Belle Bressler and Anna Castaldo slotted into Sunday’s starting lineup.

“What is really great about this team is we have a lot of different looks,” Meharg said. “We are constantly experimenting with different shapes and presses.”

But still, the Terps came up short against Michigan in both matches. They had a bevy of chances, but they couldn’t capitalize.

“I personally would like to see more discipline in our training environment with getting the outcomes,” Meharg said.