Review: Brockhampton gets retrospective on ‘ROADRUNNER’ 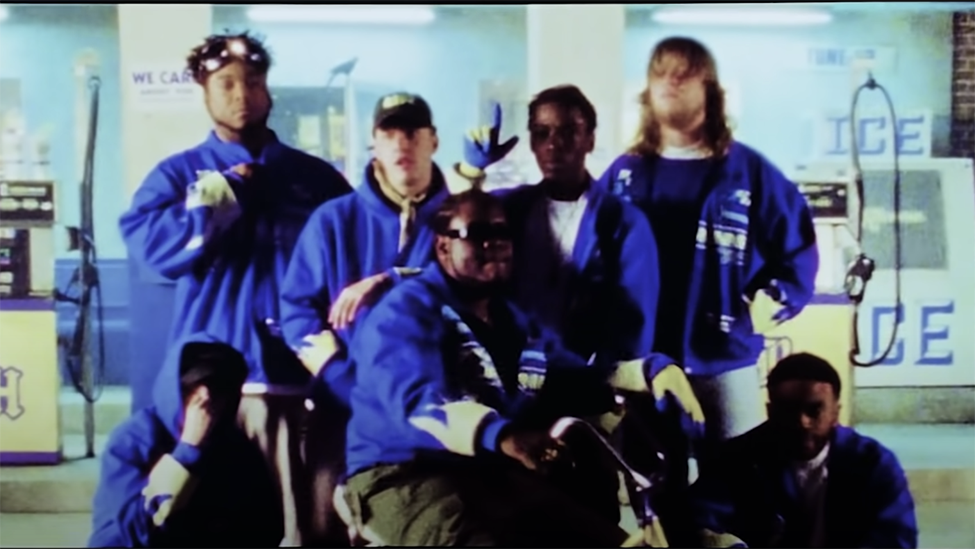 Brockhampton is a rap group of many eras. ROADRUNNER: NEW LIGHT, NEW MACHINE is speculated to be the final addition to the group’s the best years of our lives trilogy. It comes after GINGER, a gloomy album about relationships and reflecting on life.

The first album in the trilogy was Brockhampton’s emotional reverie iridescence, the lowercase title mirroring the vulnerable and stripped-down aura surrounding the group because of the departure of member Ameer Vann over sexual assault allegations, almost three years ago.

Brockhampton is often dismissed online as part of people’s cringey music phase, in addition to artists such as Clairo and Rex Orange County, among others. And last year, people compiled an infamous Google Document with allegations against several members.

The swift changes in ROADRUNNER echo Brockhampton’s path as a collective that has gone through many changes and phases themselves. The album has many features including A$AP Ferg, A$AP Rocky, JPEGMAFIA, Shawn Mendes, Baird, SoGone SoFlexy and Charlie Wilson.

In ROADRUNNER, Brockhampton experiments with different genres and does so smoothly. The group glides through all of these transitions between styles, with their production being one of the album’s many strong points. ROADRUNNER is triumphant and retrospective, and its silver linings present a stark contrast to GINGER.

Brockhampton has had multiple virtual concerts for this album, and hearing some of these songs live was beautiful. Their energy was so vibrant that it didn’t feel like a virtual show.

[The future of gaming is in streaming]

JOBA is the core of ROADRUNNER, one of the group’s most versatile members. As a producer, singer and rapper, he dives into the complicated feelings surrounding his father’s recent suicide on multiple tracks.

“THE LIGHT” opens with JOBA speaking candidly about his father’s death and the state of the world, then goes straight into him rapping about his feelings about the death and his mental health. He raps, “When I look at myself, I see a broken man/ Remnants of my pops, put the Glock to his head,” one of the many gut punches on this album.

A distorted guitar loop lays behind his voice, adding an element of restricted rage to certain parts of the song. Kevin Abstract, leader of the group, reflects on his past self and the growing relationship he has with his mother: “I still struggle with tellin’ my mom who I’m in love with.”

“I’LL TAKE YOU ON,” featuring Charlie Wilson, has a beat reminiscent of 2000s R&B. “BLEACH” is sampled in the intro, and Wilson’s signature vocalizing sets the tone for the wonderful jam that lays ahead. Multiple members sing together on the chorus, with JOBA being the glue to hold him, Abstract, bearface and Matt Champion together.

JOBA sings a simple refrain alone, “Open up your heart and I’ll give in to you/ Until you recognize that I’m into you, into you.” This song is one of the more upbeat ones on the album and ends with an extra-as-hell, auto-tuned and riff-filled outro by Wilson.

[One year after campus shut down, Studio A is still creating]

“DON’T SHOOT UP THE PARTY” ironically makes the perfect party banger, although it tackles tough topics such as racism, homophobia and gun violence. It’s similar to “JUNKY” from the group’s second album, SATURATION II — social commentary you can jam out to.

Highlight tracks are all throughout the album. There are truly no skips. “WHEN I BALL” is a ’90s rap-esque bop about different member’s childhoods and the realities of growing up. “BUZZCUT” is a rambunctious and absurd song featuring Danny Brown that sounds like it belongs in the SATURATION trilogy. “OLD NEWS” features a verse from Los Angeles-based Baird with heavenly auto-tuned vocals from Jabari Manwa on the chorus. The JOBA-centric sad bop “WHAT’S THE OCCASION?” ends with piano and guitar, reminiscent of a movie’s end credits.