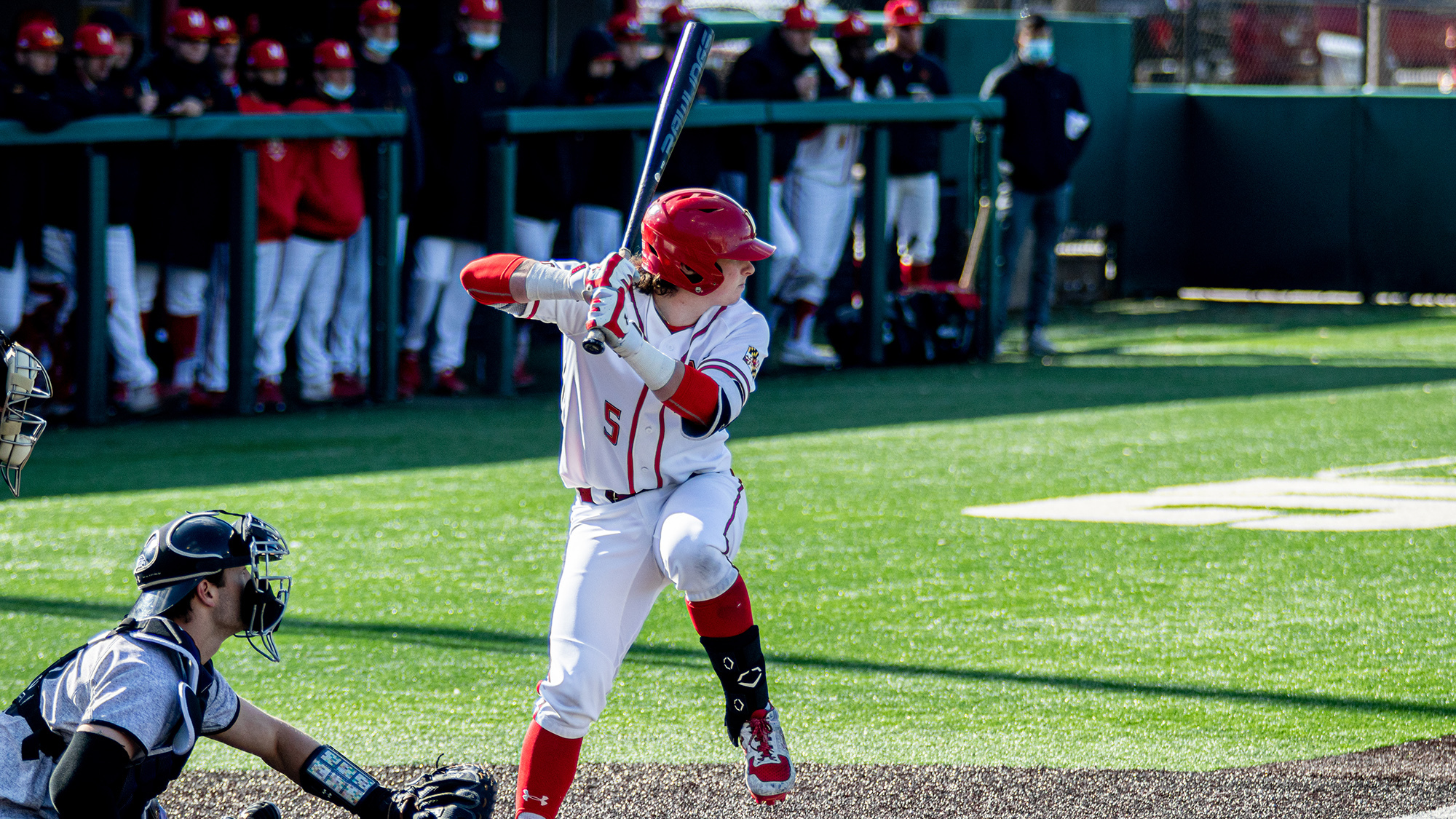 With two outs and the bases loaded in the top of the ninth, Maryland baseball needed a big hit to put away Big Ten-leading Nebraska.

The pitch trailed outside, passing catcher Luke Roskam and it was desperation mode for anyone in a red-and-cream uniform. Max Costes dove home, but he didn’t need to. Roskam’s flip soared over the pitcher, and Luke Shliger walked in standing up.

That cemented the Terps’ 10-7 triumph over the Cornhuskers Saturday evening, one defined by offense.

No one wanted to leave the plate empty. It was Maryland that got on the scoreboard first, courtesy of Tucker Flint’s RBI single in the top of the second. Meanwhile, Nick Dean made quick work of the Cornhuskers’ bats, getting through the first two innings without a blip.

But in the third, the cracks began to show. Dean gave up a leadoff single to infielder Jack Steil. One at-bat later, it was right fielder Joe Acker who got Nebraska on the scoresheet, slapping a double into left center to knot the game at one.

Acker’s two-bagger kicked off a five-run inning for the Cornhuskers, who showed off the patience and skill that has made them one of the Big Ten’s most dangerous lineups.

The Terps were in a hole come the fifth. But soon, they would find their tempo, quickly tacking on a run via a Costes single. Ben Cowles came up to the plate two batters later, hoping to further cut into Nebraska’s lead.

He would do more than that, though. With two on base and one away, Cowles smoked a drive over the right center wall. It was the junior’s Big Ten-high 10th home run, tying the contest at five.

“The guys didn’t panic, they didn’t flinch and they just kept coming,” Vaughn said. “I don’t think this group ever thinks they’re out of a game from an offensive standpoint.”

From there, the bats stayed hot. Nebraska briefly retook the lead on a solo shot from Max Anderson to lead off the bottom of the sixth, but with the middle of the order due up, Maryland grabbed the edge once again in the seventh.

Matt Shaw turned on a 1-2 pitch, sending it deep over the center field wall to knot the game, 6-6. Costes then singled, and Shliger drilled the Terps’ third longball of the afternoon. The drive cleared the left-center field fence, catapulting Maryland back in front for good.

“I was sitting on one pitch, sitting on a heater,” Shliger said. “Stayed through the ball..my first [home-run].”

The Cornhuskers pulled within one in the bottom of the frame as Acker scampered home on a passed ball, but that would be the end of their offensive output. The Terps took over from there, bringing home two runs in the top of the ninth to pull level in the series.

“It’s a 1-1 series against this team, in this park, with the chance to go win the series with Jason Savacool on the mound,” Vaughn said. “I will take that 100 times out of 100.”