Maryland softball is slowly building toward a home series win 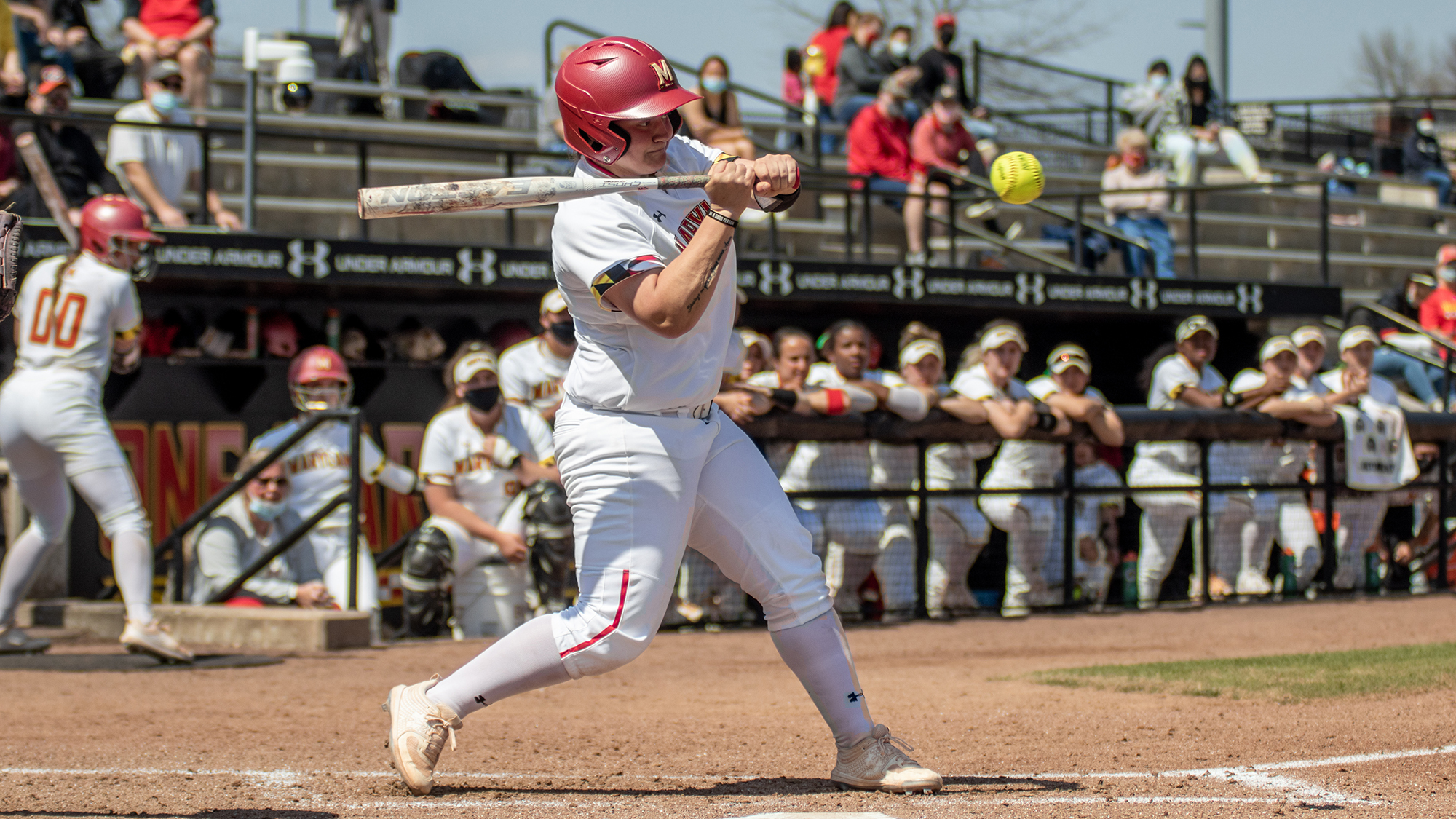 Taylor Liguori swings at a pitch during Maryland softball’s 9-4 loss to No. 24 Northwestern on April 4, 2021. (Julia Nikhinson/The Diamondback)

Maryland softball hasn’t won a series at home since it beat Rutgers on April 17, 2018.

The Terps had their third consecutive home series loss last weekend, this time against the Big Ten’s top team, Northwestern. The then-No. 24 squad outscored Maryland, 31-11, in the four-game series.

So, the Terps are focused on improving, hoping to learn from last weekend’s struggles. And Maryland wants to take some of these lessons into its next home series, starting Friday against Michigan State.

The Spartans, who rank just below the Terps in the conference, are on a three-game winning streak — their longest of the season.

Against Northwestern’s dominant offense, Maryland’s defense faltered. The Terps had nine errors in the field in four games.

Coach Mark Montgomery said he believes Maryland’s defensive miscues kept it out of its groove. But he’s seen progression in his squad, including in the Terps’ last clash with the Wildcats on Sunday.

“That game, honestly, was much closer to a 5-4 ball game that we should’ve been in if we don’t make a couple of mistakes,” Montgomery said. “Every out, every pitch, from the very beginning to the very end, they’re learning how to walk the walk … and they’re starting to do little things that are making a difference.”

Although Maryland’s defense struggled, they were able to hand ace left-hander Danielle Williams her first loss of the season. In their final game of the series, the Terps put up four runs against the Wildcats’ star pitcher.

And they’re looking to continue that offensive aggression against the Spartans.

“That pass-the-bat mentality is something that we need to continue to bring in the next couple games,” second baseman Taylor Liguori said. “And specifically for Michigan State, because if we don’t get ahead early, that’s a team that will come back.”

[Maryland softball takes one of two from Northwestern in doubleheader]

Right-hander Jennifer Brann returned from injury in the final game against Northwestern last weekend. Her teammates said they missed Brann’s leadership on the field.

“Her presence in the circle is felt by all the people behind her,” Liguori said. “Having her back today was crucial for us, and having her for the next couple of games too is definitely going to be another piece added back to our puzzle.”

With Brann in the circle again, newfound confidence in the batter’s box and defensive lessons learned, Maryland has faith that it can win its first home series in nearly three years.

But even if that doesn’t happen, the experience will still be valuable for Montgomery’s young squad.

“Our job is just to continue to grow and play our best,” Montgomery said. “I feel pretty good about our process, and if our process stays strong, I think the outcomes will be reflective of that.”