This College Park-area liquor store has the best deals 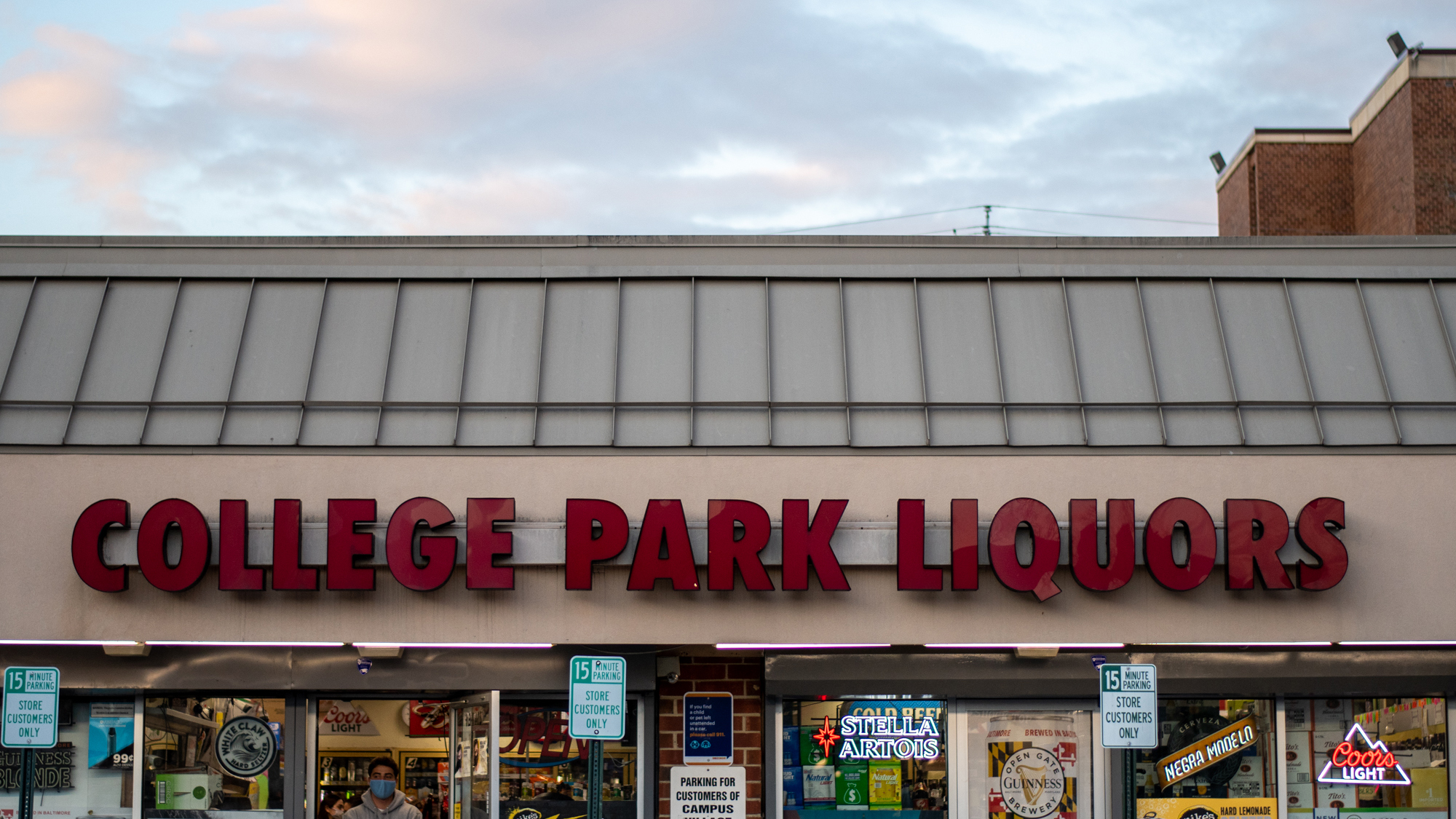 There are a ton of liquor stores in the College Park area: Town Hall and College Park Liquors across from the Varsity, Village Pump and Parkway Liquors (commonly referred to as “The Barn”) on Greenbelt Road, and Greenbelt Liquors next to the Giant in Beltway Plaza Mall. There’s also Shoppers, which offers beer and wine, in northern College Park.

It’s great that we have so many options, but let’s face it, as broke college students, we’re already paying for tuition, groceries and rent. We don’t have a ton of spare cash lying around to spend on drinks.

As someone who has spent an ungodly amount of money on alcohol throughout the pandemic, I’ve found myself wondering which store would save me the most money.

To determine which local store has the best deals, I compared the prices of 10 commonly purchased alcoholic beverages at five stores: Town Hall, College Park Liquors, Village Pump, Greenbelt Liquors and Shoppers. Check out the comparisons below, and scroll to the bottom for an official ruling on which liquor stores came out on top, price-wise.

Shoppers was having a sale on Bud Light when I went, at $21.49 for a case of 30. This was the lowest out of all the options, so if you’re itching to pick up beer pong supplies while you’re grocery shopping, definitely check for any deals. But if there aren’t, your best bet is Village Pump.

At $13.99 for a 30-pack, I would highly recommend buying Natty Light from Village Pump. I had to double-check with the owners just to make sure this was the correct price, because it seemed so low. Even with the deal that Shoppers was running when I went — $15.49 for the case — Village Pump still came out on top by far.

Village Pump wins this round, but if you happen to be shopping at another liquor store, one more dollar shouldn’t break the bank. If you’re a self-proclaimed White Claw stan like myself, though, those dollars could add up, so driving an extra five minutes to Village Pump might be worth it in the long run.

Tall can of White Claws

In the mood for a Claw but don’t want to commit to an entire 12-pack? Your best bet is Shoppers, which sells 19.2-ounce cans of White Claw for $2.49. Greenbelt Liquors also has a two for $5 deal, so they’re about the same price if you’re buying more than one.

A bottle of Barefoot is basically the same price no matter where you go, unless Shoppers is having a sale, like it was when I went (only $5.99!). If there’s no sale, head to a liquor story to save a dollar per bottle.

[Humans’ obsession with moving to Mars is concerning]

The price of Franzia tends to vary based on which variety you choose, but overall, Greenbelt Liquors and College Park Liquors offer the best deals. However, if your chosen flavor is in the higher price range, Village Pump might be a better option with its standard $17.99 price point.

Town Hall and Village Pump are also the best stores to pick up a handle of Malibu, which is arguably the tastiest liquor option.

Bacardi is a great cheap liquor option because it’s so versatile — you can make piña coladas, rum and Cokes or even a minty mojito. For $19.99 at both Town Hall and Village Pump, you can create a range of cocktails and still have money to spare for takeout.

Who knew this liquor we all love to hate is so expensive! If you do happen to be a Fireball fan, Village Pump is your best bet. However, if, like so many of us, you have been turned off from the “cinnamon whisky,”maybe go with one of the cheaper liquor options on this list.

After analyzing which stores offer the best prices for these ten products, my conclusion is that Village Pump — coincidentally, the liquor store I shop at the most — has the best deals overall. It had the lowest price for seven out of the ten comparisons and was never the most expensive option.

I also recommend Shoppers for beer and wine, especially because they have rolling deals that make their products more affordable. Look out for “extra savings” labels if you want the best prices possible.

College Park Liquors seems to have the most expensive prices, so if you don’t have a car and your only two close options are Town Hall and CP Liquors, I would go with Town Hall. Both stores’ proximity to the campus is a great selling point, but there’s no reason to overpay when the stores are a three-minute walk from one another.