Lil Nas X’s “Montero” and the concept of “respectable queerness” 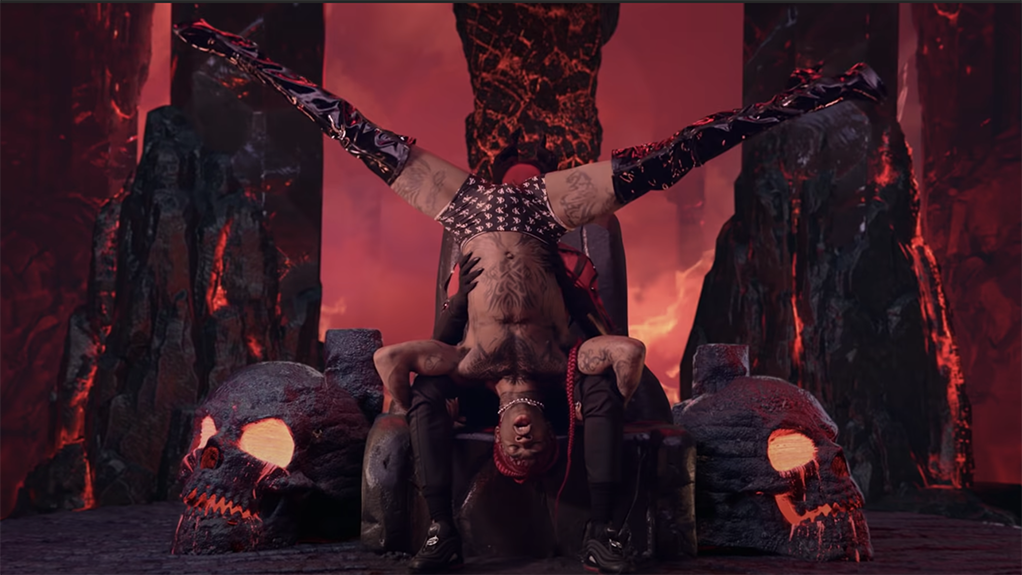 In his music video for "Montero (Call Me By Your Name)," Lil Nas X takes a trip to hell. (Screenshot via YouTube)

On March 26, Lil Nas X dropped his latest single, “Montero (Call Me By Your Name).” He also dropped a music video featuring him sliding down a pole to hell and giving a lap dance to the devil in high-heeled boots and Calvin Klein boxers.

In 2019, Lil Nas X faced some backlash when he came out as gay, but his song “Old Town Road” still topped the U.S. Billboard Hot 100 chart for a total of 19 weeks. The rap-infused country song remained popular among people from a variety of backgrounds, but now, conservatives are drawing the line, citing religion as their major issue.

In a tweet by Right Wing Watch, Pastor Greg Locke said the video was a “bunch of devil-worshipping wicked nonsense.” Fox News hosts Laura Ingraham and Raymond Arroyo slammed the music video for its release right before Holy Week for Christians, calling it “outrageous.”

[Ariana Grande is at the top of her game. Why is she joining ‘The Voice’?]

As I saw this situation unfold, I found myself wondering why Lil Nas X’s identity as a gay man was acceptable when his song “Old Town Road” was popular, but not when he conveyed that queer identity through his lyrics and music video.

The concept of “respectable queerness” springs to mind. This theoretical framework was introduced by Yuvraj Joshi, a fellow at the Yale Institution for Social and Policy Studies.

“The newfound public recognition of gay people and relationships is contingent upon their acquiring a respectable social identity that is actually constituted by public performances of respectability and by privately queer practices,” he wrote in his 2012 study of this topic.

Queerness, in other words, is only accepted by society if queer people present themselves in a way that is “appropriate” according to heteronormative standards. The second they step outside of that realm, they’re met with backlash.

Supporting the queer community only if they look and act as what society deems as “acceptable” and keep their relationships to themselves is grossly hateful and intolerant.

This is the exact concept, Lil Nas X, in his song and video is pushing back against.

The music video starts with a scene in what I assume is meant to be the Garden of Eden. Lil Nas X is heard in a voiceover saying, “In life, we hide the parts of ourselves we don’t want the world to see.” From the start, the underlying theme of self-acceptance amid judgment from society shines through.

[The 2021 Oscar nominees are more diverse than ever. Here’s who we think will win big.]

The song’s title references this popular movie Call Me By Your Name, which focuses on a gay relationship. It also references Lil Nas X’s given name, Montero Lamar Hill.

“It was the most real and the most even vulnerable at times I’ve ever been,” he explained to Genius in a video explaining the song’s significance.

Lil Nas X said he specifically intended to normalize queerness and speak about sexual relationships in “Montero” the way heterosexual artists do in their music.

Finally, after a day of responding to hundreds of hateful comments, Lil Nas X tweeted:

“i spent my entire teenage years hating myself because of the shit y’all preached would happen to me because i was gay. so i hope u are mad, stay mad, feel the same anger you teach us to have towards ourselves.”

This is a feeling many people from the LGBTQ community can relate to, and Lil Nas X’s open vulnerability is likely encouraging to many. Though the idea of “respectable queerness” might be helpful in terms of getting LGBTQ creators into mainstream media, it chips away at the major components of what it means to be queer — and to be human.

Self-expression, sex and relationships are all parts of life that queer artists and creators should be able to convey in their work. The type of backlash Lil Nas X faced proves that as a society, there is still a long way to go in order for these concepts to be included when we talk about acceptance of the LGBTQ community.

However, the creation and popularity of the song in itself is a major win; it represents the feeling of hate, judgment and religious trauma queer people are all too familiar with. And the power exemplified by Lil Nas X’s willingness to push back on the hate he received will not go unnoticed by the LGBTQ community and allies.