Ariana Grande is at the top of her game. Why is she joining ‘The Voice’? 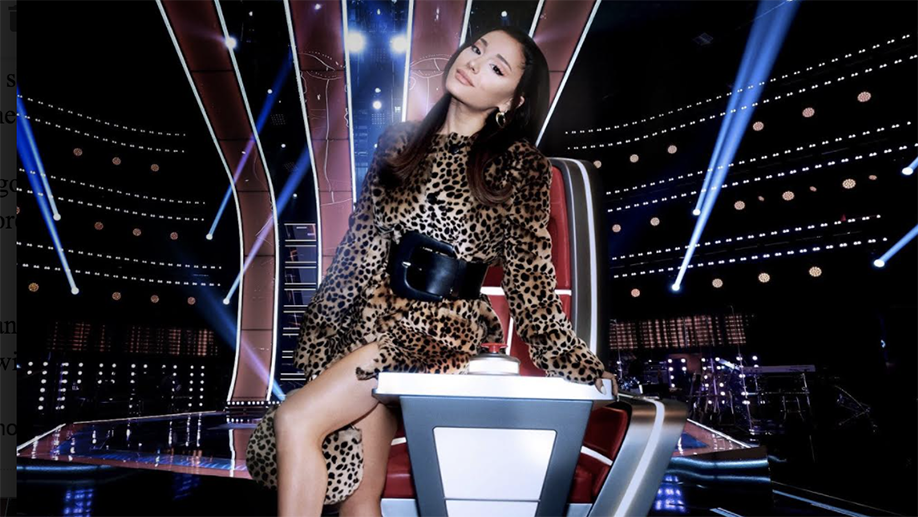 Ariana Grande is joining 'The Voice.' (Photo via Twitter)

This week, one of the world’s biggest stars announced that she would be joining NBC’s newest season of The Voice as a judge. On March 30, Ariana Grande tweeted: “surprise !!! i am beyond thrilled, honored, excited to be joining.”

The Voice is one of many TV singing competitions, but it stands out from its competitors because of the tryout portion of the show, dubbed the “blind auditions.” While a person tries out, the judges are in chairs facing the audience, so they don’t see what the singer looks like until they confirm they want the singer on their team by pressing a button that turns their chair around. For the upcoming 21st season, singers tried out in front of four judges: Ariana Grande, John Legend, Blake Shelton and Kelly Clarkson.

Grande joining The Voice is a very interesting situation. Not because she lacks the credentials to coach amateur singers; there’s no doubt she’s a wildly talented and accomplished singer. But it feels out of place for her career. Usually, judges who join reality singing competition shows are past their peak of fame; although sometimes, they still make music (see: Robin Thicke, Christina Aguilera, Katy Perry and Nick Carter from the Backstreet Boys).

[The 2021 Oscar nominees are more diverse than ever. Here’s who we think will win big.]

Ariana Grande has made music for close to a decade, yet it still feels too early in her career for her to join a show like this. Grande is still extremely relevant — her thank u, next album charted at number one on the Billboard 200 and she’s cast in the upcoming 2021 star-studded Netflix film Don’t Look Up. There’s still so much left for her to give before it makes sense for her to take this career pivot. Grande hasn’t even reached anywhere near her “flop era” or her “post-flop era” comeback yet.

It could be expected that Grande would make a return to television since that’s where her career took off on Victorious, but the reality television route was not on the horizon.

However, the show will benefit from Grande’s perspective in pop music. Her blend of pop and R&B and her singing technique are unique features she can teach the singers on her team, and the show has not fully explored those genres before.

She has also gone through many different eras, from the pop of Yours Truly to more electronic sounds in My Everything. Sweetener stands out as one of her more experimental and divisive albums among fans, but the record shows she is able to move through multiple music genres and still stay true to her artistry.

Although Grande still has room to grow as an artist, it will be fascinating to see how she works with the other judges on the show, and whether she’ll take home a win in her first season coaching.