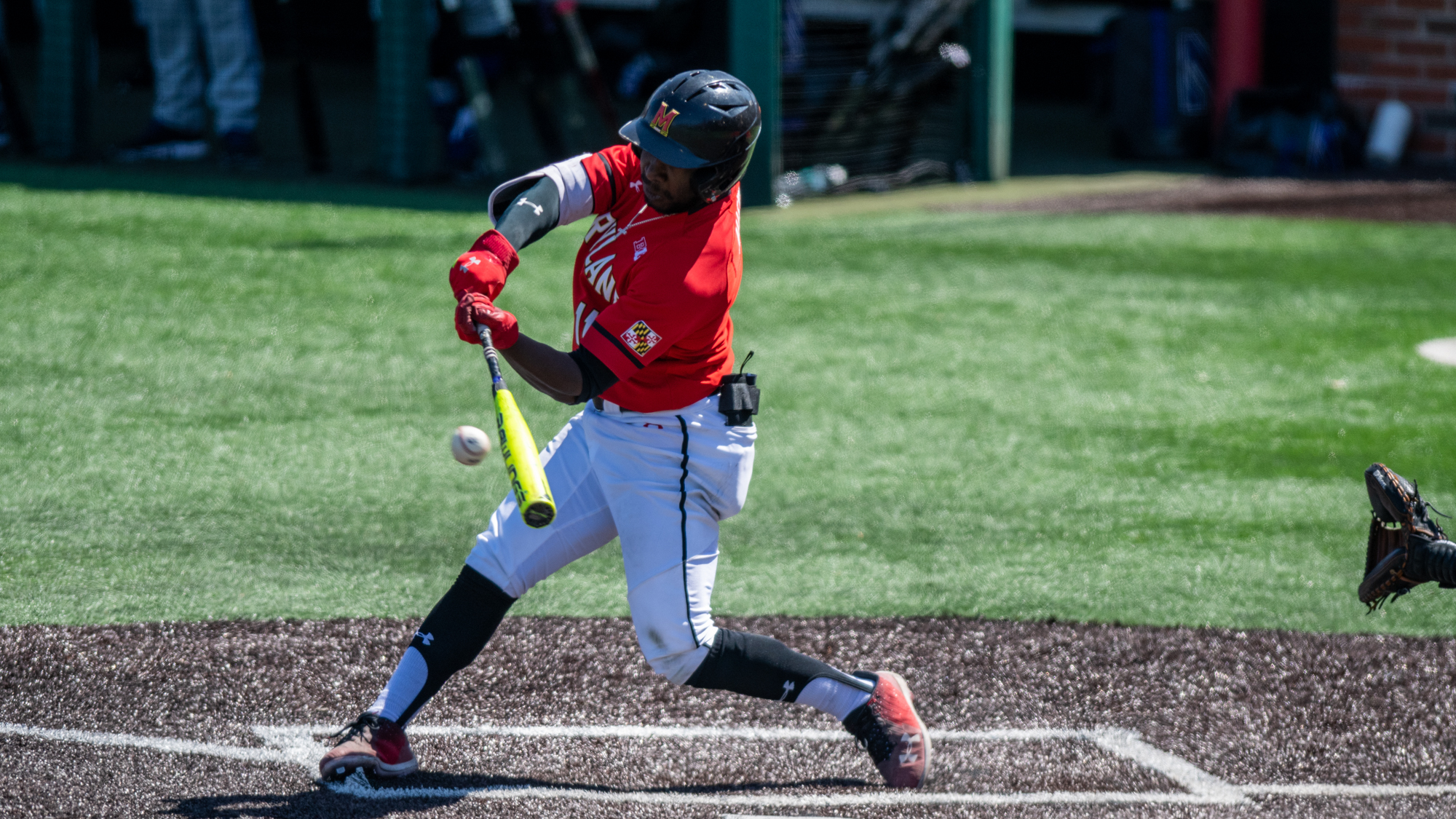 A dark shade lurked over the batter’s box as Michigan’s Danny Zimmerman stepped to the plate in the top of the ninth.

It was an ominous sight for Maryland baseball, which had fought hard against the Wolverines — perhaps the Big Ten’s preeminent baseball power.

But Zimmerman loomed large. And his shot to left was all Michigan needed to overcome Maryland Sunday afternoon, as the Wolverines snatched a tight one in College Park, 6-5.

Coach Rob Vaughn’s squad got ahead early, but could never pull away from the Big Ten’s second-place team. And the Terps were left to rue stranded runners and missed opportunities, as a clutch home run denied them of their fourth consecutive win.

It was immediately apparent that the Terps weren’t backing down from an upper-echelon Big Ten opponent.

An otherwise unremarkable start to the first gave way to a booming two-run home run by Matthew Shaw to right-field — handing the Terps a fast 2-0 start.

The Terps found no shortage of theatrics early, but the Wolverines would wear them down quickly. Several walks by starting pitcher Sean Fisher saw him pulled with the bases loaded in the third.

Connor Staine couldn’t have taken the mound in a worse spot. Jimmy Obertop, the Wolverines’ leader in home-runs, took the plate.

And he lived up to expectations. Obertop crushed a grand slam, the ball soaring well over the left field fence. With one swing of the bat, Maryland’s early lead was wiped out.

Staine wouldn’t back down, though, and guided the Terps through the next five innings mostly unscatched. At times, it wasn’t pretty, but Staine gave them a chance.

With time, Maryland would get its shot again.

Randy Bednar smacked a tall shot to left-center to tie the game up at 4 in the fifth, bringing the Terps back after they left runners on base in back-to-back innings.

With the sun stretching shadows as the game faded, Michigan looked to prove its standing in the Big Ten. But neither team could find separation.

The Wolverines seized the upper hand in the top of the 7th. After a single and a walk, Ted Burton bunted the runners over to second and third. Another sacrifice squeeze gave the away team a short-lived one-run advantage when Obertop came home.

The Terps’ response was swift, with a RBI single by Luke Shliger to reset the stalemate and set up a dramatic finish.

But Maryland couldn’t break through. Zimmerman’s towering drive sent the Wolverines ahead — and the Terps faltered in the bottom of the inning.

So, Maryland stuck with one of the Big Ten’s best. However, when the game got tighter, the plate appearances more important, the pitches more precise, it was Michigan that showed its quality.