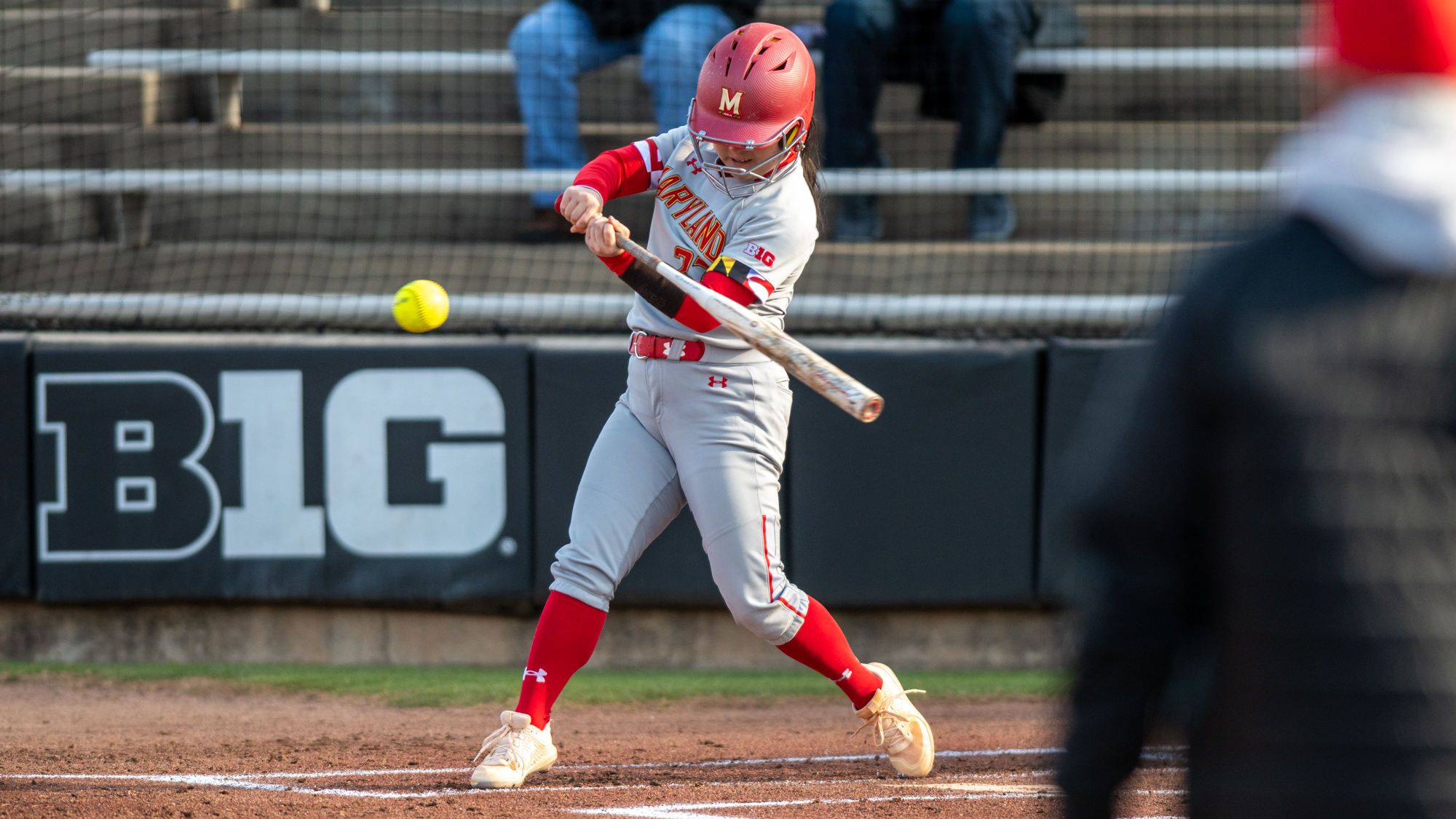 With two runners on, Morgan Newport stepped into the batter’s box. It was 6-0, Northwestern, in the sixth inning and Maryland softball was desperate to stay in the game after two mercy-rule losses.

But the Terps couldn’t hold on.

The ball soared over the fences. The Wildcats took the game and Maryland softball was mercied for the third consecutive game.

It was coach Mark Montgomery’s squad’s first home game in almost 700 days. The wind whistled through the protective netting of Maryland Softball Complex and family and friends watched from the stands as the Terps took on Northwestern.

The Terps’ last home win was April 21, 2019. Their winning drought continues after a shutout loss to the Wildcats.

Things looked good for the Terps after the first inning. But the second got ugly fast.

[After nearly two years away, Maryland softball is excited to play a home game again]

The Wildcats got on the board in the second when Sydney Supple knocked the ball into the infield. Taylor Okada fielded it from second base and hurled it to Regan Kerr at first. The ball flew past Kerr’s head and Angela Zedak took off from second to score.

Things shortly got worse, as Danielle Williams took the plate with Supple on second and pinch runner Mac Dunlap on third. Williams swung and the ball soared to center field where it was caught by Jaeda McFarland.

Dunlap waited patiently, and then dashed home, crossing the plate as McFarland’s throw soared to the right.

Skyler Shellmyer tapped a bunt just into fair territory and the Terps scrambled to field it. But Shellmyer reached and Supple advanced to third before they could make a play.

Rachel Lewis then singled into left field on the ground to score Supple and advance Shellmyer.

With only one out on the board, Lewis could afford to take a chance. She bolted to take second and Voulgaris tried to beat her there. But Voulgaris’ ball meant for Okada flew over her head and into the outfield.

Shellmyer had time; she jogged in from third to score the Wildcats’ fourth and last run of the second inning — concluding a truly disheartening inning for the Terps.

Northwestern padded its win in the fourth frame. Maeve Nelson drove a single into left field and Jordyn Rudd advanced her to second with a fielder’s choice.

Zedak stepped into the box looking to score again after her second-inning run. She smoked a double to right-center to score Nelson and Rudd for the fifth and sixth runs of the contest.

The Terps couldn’t generate any offense off of Danielle Williams’ pitching. She allowed only three hits and threw eight strikeouts in six innings.

The Terps’ defense struggled to stave off errors throughout the game. Overthrows by Voulgaris and Okada resulted in free bases and runs for the Wildcats.

And by the time Newport smacked a three run homer, the Terps were defeated. It added a sour taste to a home opener. It waited nearly 700 days to play in familiar territory, but Maryland couldn’t celebrate with a win.