After nearly two years away, Maryland softball is excited to play a home game again 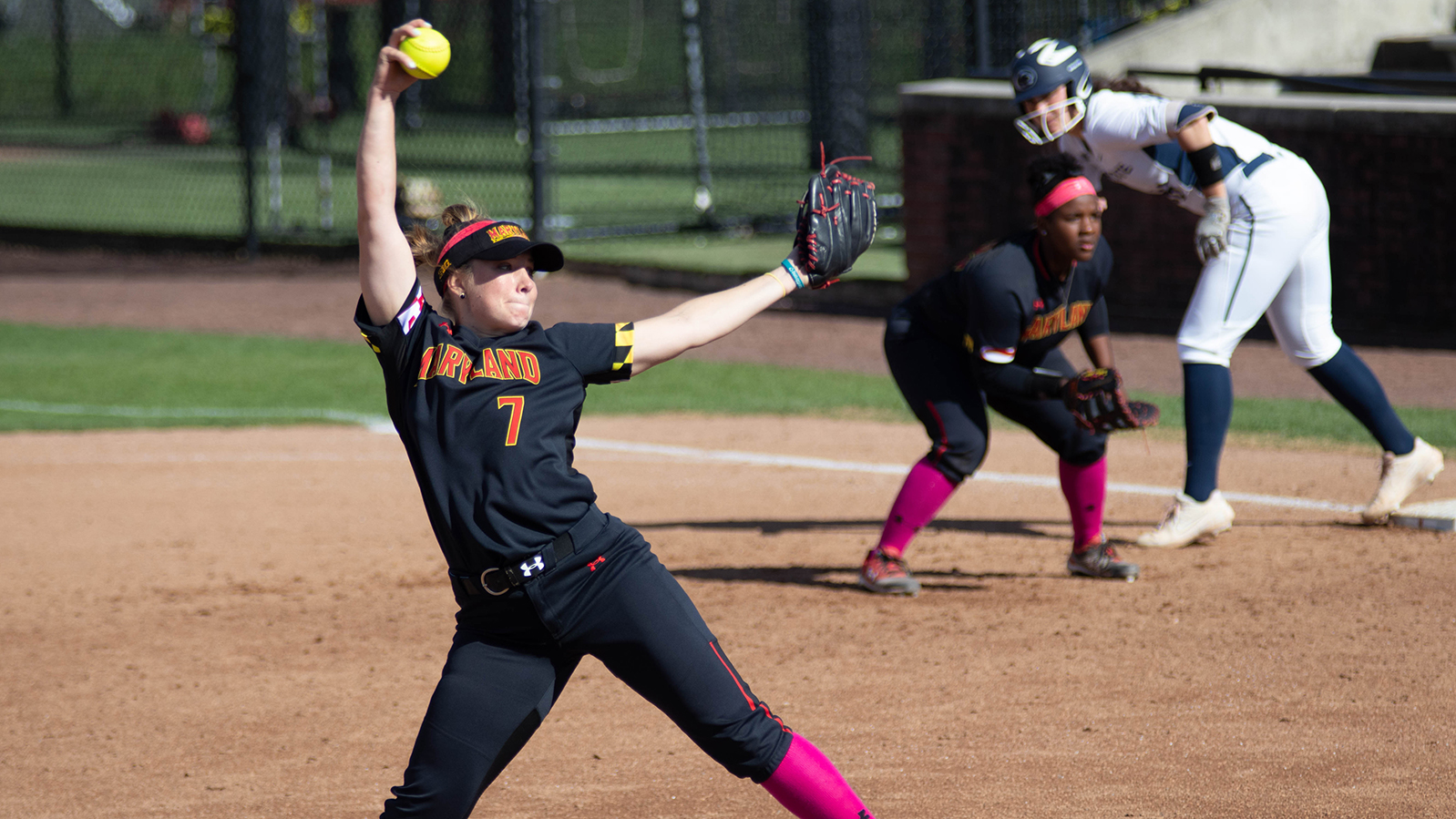 It’s been 697 days since Maryland softball has played a game in College Park and 711 days since the team won a game at home. The Terps hope to break that streak tomorrow as they face off against Northwestern.

The last time they played at Maryland Softball Complex was May 5, 2019. Since then, the team has changed coaches, and graduated and accepted two classes of players.

Coach Mark Montgomery has never coached a game for the Terps in the state of Maryland.

“I’ve never experienced a game in College Park myself,” Montgomery said. “I think we’re all excited about being at home playing in front of … friends and family.”

Last weekend, Maryland had a tough time against Ohio State. The Terps dropped three of four, with the last two losses coming by mercy rule.

The season began on neutral territory in Leesburg, Florida — no announcing, no music and very few fans. Montgomery believes the atmosphere at a rival field in Columbus, Ohio, rattled his squad.

But when the Terps play at home tomorrow — and for the rest of the season — they hope outside factors will increase their morale.

“When we’re at home, music, songs, announcing, all that stuff matters, and these girls haven’t had that in obviously a long time,” Montgomery said. “Getting the chance to play where we practice, where we know the nuances of the field, where we know the direction of the sun … I think that’ll be a great atmosphere.”

Among them is senior outfielder JoJo McRae.

“It’s been a really long time, but we’re all super excited,” McRae said. “Just the fact that you get to have family and friends there is awesome, and the fact that we get to play at home is super exciting.”

And she isn’t the only Terp to feel that way. Before she transferred to Maryland from Florida SouthWestern State College, Haley Ellefson had dreams of playing softball for a big school.

Even though she isn’t getting what she expected in terms of fans, Ellefson still looks forward to playing in College Park for the first time.

“A lot of the girls I know that have been here, they’re like, ‘Oh, well I haven’t played here in a very long time,’ so they’re pretty excited too,” Ellefson said. “[With the] music going, the environment, being at home, I feel like it’s an advantage there.”

The Terps are planning to use that atmosphere to their advantage when they take on the Wildcats this weekend. Northwestern stands atop the Big Ten at 15-1.

But Maryland isn’t letting that pressure unnerve it. The Terps are hungry to snap the Wildcats’ six-game winning streak in College Park — and the comfort of their home park might be enough to put them over the edge.

“It’s always fun to play at home. Just like with all the Maryland pride and stuff like that, we definitely feel that. I think we’re gonna to play well,” McRae said. “[We] get to represent Maryland and play on home turf.”