Maryland softball has found its star in “Air Jaeda” McFarland 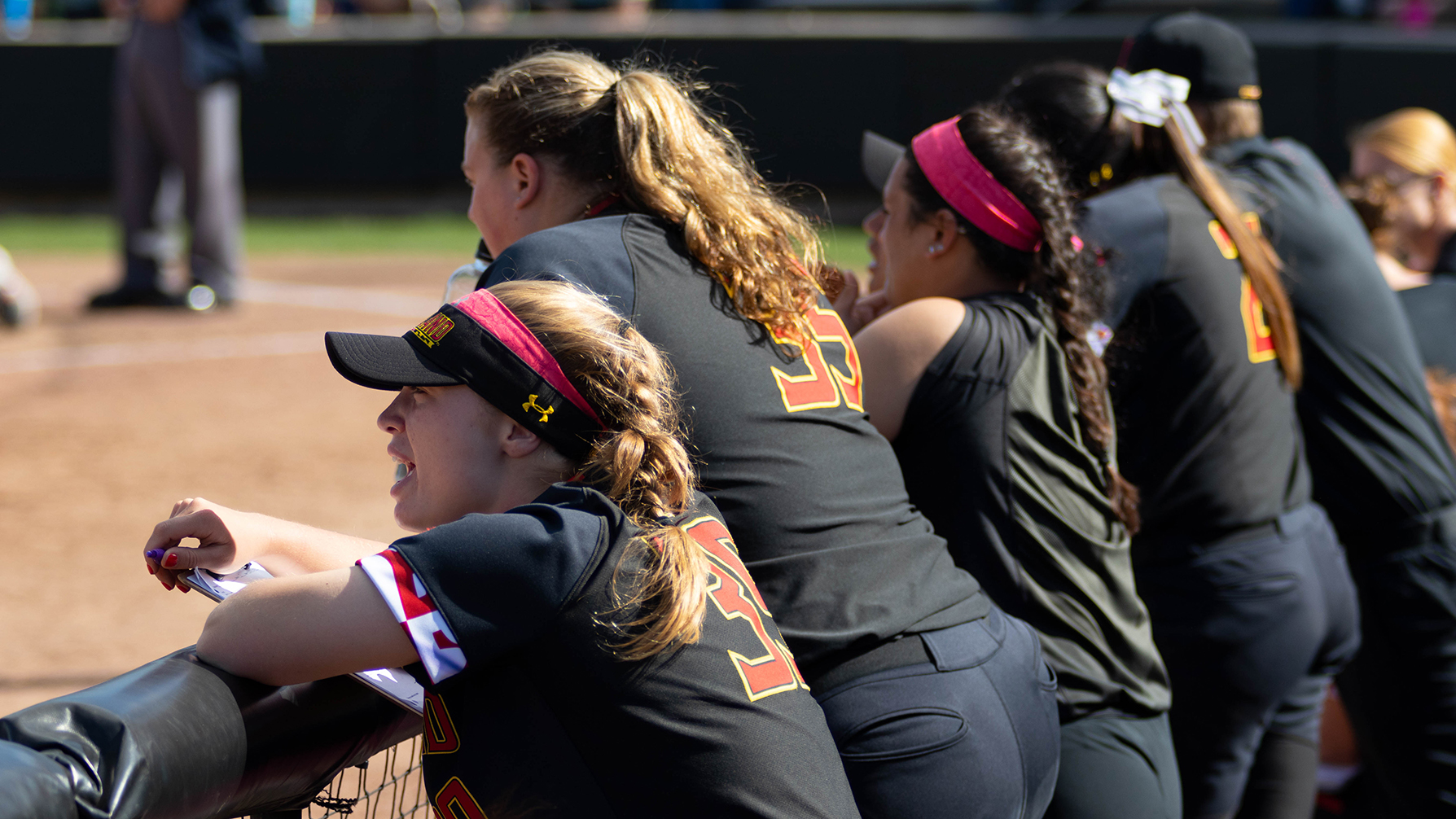 In a weekend full of extra-inning games, Maryland softball ended on a high note against Wisconsin. The Terps walked off the Badgers in the back end of a doubleheader with a double to deep left field. And it was freshman Jaeda McFarland who smashed that game-winning hit.

During the preseason, McFarland’s teammates nicknamed her “Air Jaeda.” Through six games, she’s living up to that moniker. McFarland shined in the opening weekend, earning a .421 batting average and three RBIs. She snatched balls out of the air across the outfield and saved a game with a diving catch.

“Not only did she score us three or four runs, probably drove in a couple, and then ultimately probably saved at least three more runs on defense, so great weekend for her,” coach Mark Montgomery said. “I’m a fan … I like to watch her play.”

McFarland grew up playing softball across the country. Her father was in the Navy, and her family moved constantly. McFarland played on three different high school softball teams, earning all-state honors in Hawaii, Kansas and Florida.

[Maryland softball leaned on its pitching staff during its opening weekend]

She’s no stranger to being the new kid on the team, and it shows. McFarland made an impact on the squad early after years of practice moving to new places.

“It wasn’t until high school that [moving] got a little bit harder — once people had already sort of formed their cliques of friends,” McFarland said. “I liked it, it taught me how to be adaptable. I’m not afraid of change. I welcome it, because of those situations that I faced growing up.”

McFarland, who Montgomery called “incredibly fast,” showed off her speed in her first weekend with Maryland. She stole three bases and scored four runs, one of which was on a ground ball in the infield.

McFarland’s speed is well-suited to the outfield. She covers center field and can make it to the gaps in time to help her teammates. In one of her first games as a Terp, McFarland sped back on a drive that looked out of her reach — but she leapt and made the snag.

“I think there’s a lot more freedom [in the outfield],” McFarland said. “You’re like the last line of defense, and you get to dive and lay out for balls, and I get to use my speed to my advantage out there.”

Even though her teammates depend on her in the outfield, McFarland didn’t commit to Maryland at first. She originally decided to play at Louisiana Tech when Montgomery coached the Bulldogs.

But when Montgomery came to College Park in September 2019, McFarland followed.

“When he became the new head coach here, I came on a visit here. And I loved the campus, and I got to know some of the players, and I thought they were all really nice and welcoming,” she said. “The coaches and the players both influenced my decision to come here.”

That choice has proved to be quite beneficial for the Terps in her brief time with the program. The team has relied on McFarland to make game-saving plays on both offense and defense.

“Anytime you’re being referenced or compared to Michael Jordan in any way, I think you’ve got something special going on,” Montgomery said. “She’s certainly somebody that we’re thinking is going to have not only a great year but a great career here at Maryland.”