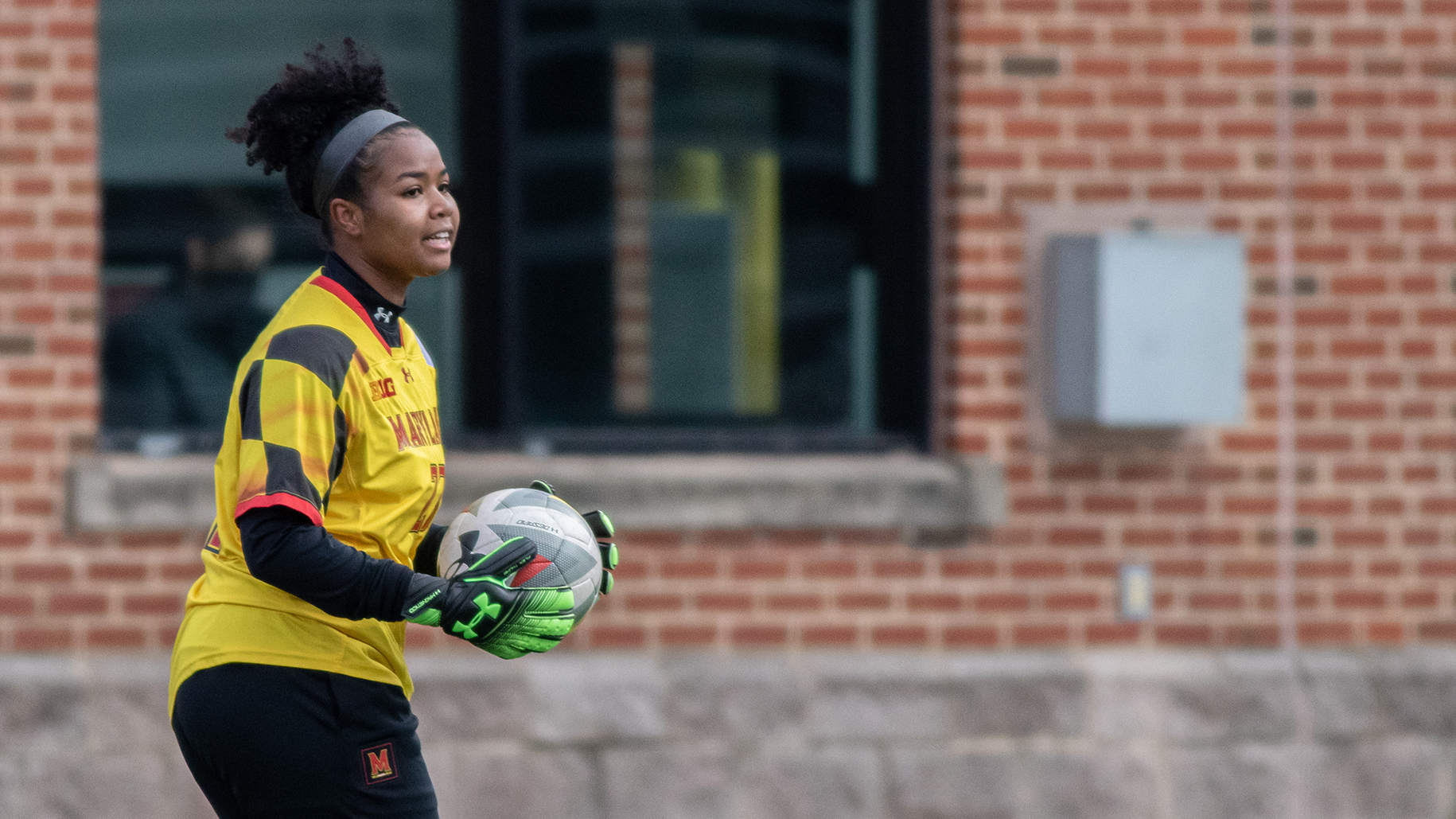 It was the 95th minute of Maryland women’s soccer’s contest against Rutgers, and the Terps looked destined to lose. A cross came across the box, right onto the foot of a Rutgers forward.

But Kennedy Tolson equalled the shot, stretching to reach the ball and lunging to corral it.

The stop was one of a string of difficult saves the redshirt freshman made in the match against the Scarlet Knights.

And it’s the type of form she’s upheld all season.

Tolson has started eight games in her first campaign as a Terp and impressed between the sticks — despite Maryland’s losing record.

Tolson has single-handedly kept many of the Terps’ games from ending in a blowout. Against Iowa, she made eight saves, allowed only one goal and gave Maryland a chance to come back for the entirety of the game. Against Minnesota, she made three saves in the 45 minutes she played, allowing no goals during her time in net.

[With a strong freshman class, Maryland women’s soccer is set for the future]

Other performances have stood out, too. She stopped 83 percent of the shots she faced against Northwestern and posted six saves against Michigan, serving as a reliable presence throughout the season.

This all comes while Maryland’s offense has struggled mightily. The Terps are averaging a mere 8.4 shots per game, while their opponents are tallying 16. This makes each of Tolson’s saves mean that much more to keeping Maryland in the game.

But she’s not alone in the net. Over the past few weeks, coach Ray Leone has given other players the opportunity to take the field, such as Krista Varrichione, who has also seized her opportunity as keeper. The freshman has made two starts, tallying eight saves in 135 minutes of playing time.

This all amounts to a Maryland squad that has been effective in keeping goals out. Opposing teams are only converting 11 percent of their shots — a testament to how well Tolson and the other Maryland goalkeepers have been performing in net.

Still, for all of the Terps’ goalkeeping prowess, it’s the team’s performance at the other end of the field that will be under scrutiny. With the Big Ten Tournament now beyond reach, Maryland is simply looking to stay competitive as the season winds down.

That competitiveness will be tested against Penn State, the Big Ten’s highest-scoring team. It’s likely Maryland will spend a lot of the contest on the back foot, soaking up pressure from one of the conference’s most prolific offenses.

But if Tolson continues to perform in net, the Terps just might have a chance of snagging a late-season win.