With a strong freshman class, Maryland women’s soccer is set for the future 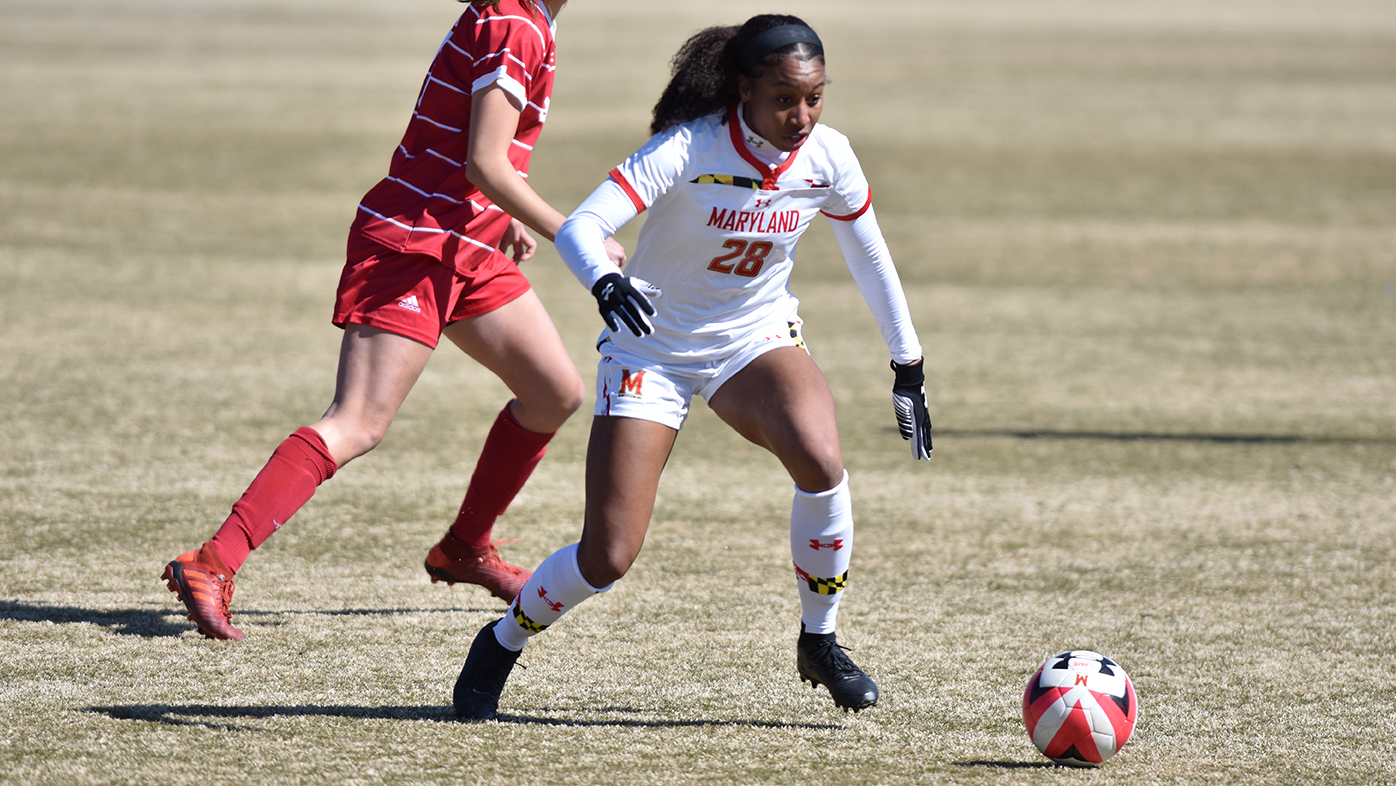 Maryland women’s soccer featured six freshmen in its 1-0 loss to Minnesota on Sunday, and though the scoreline didn’t go Maryland’s way, those freshmen made an impact.

“The fatigue level was high,” coach Ray Leone said. “We really used this as an opportunity to give a lot of young players their first Big Ten start, first Big Ten experience against last year’s champions. And it was worth it.”

Freshman goalie Krista Varrichione held steady in goal for her half of the game. In the first three minutes, the Gophers caught her off guard and scored off of an airborne assist from 50 yards back. But after that initial wobble, Varrichione stood strong.

She made a total of five saves in the 45 minutes she played, denying Minnesota’s Makenzie Langdok and Katie Duong to keep the Terps in the game.

It was an impressive feat given how heavily Minnesota’s offense kept the ball on Maryland’s side of the field. For the first half of the game, the Terps were only able to attempt two shots, one by Alyssa Poarch and one by freshman Olivia Reese.

Reese, in her 71 minutes of playing time, held her own in midfield. She came in for Hope Lewandoski in the 19th minute; with Lewandoski struggling with fatigue, Reese served as a valuable stopgap, providing strong minutes even in a loss.

Freshman forward Zora Jackson also benefited from some extra time. With the Terps held scoreless in their previous four games, Jackson was thrown up top to create a spark. And though she couldn’t snap the scoring drought, she provided valuable energy and became the closest the Terps came to scoring with a shot on net in the 77th minute.

And although an ankle injury cut her game short, Jackson could be a good option as the Terps go forward. But it won’t get easier from here.

Next, the Terps travel to Penn State, the leaders of the Big Ten. The Nittany Lions, who won the Big Ten regular season title Sunday, haven’t been defeated since Feb. 19 — a narrow 3-2 loss to Rutgers.

Still, Maryland might just have set itself up for success. In giving some freshmen looks, the Terps got some younger legs up to speed and let some more experienced ones rest theirs, which could make the difference in getting the Terps into the win column.