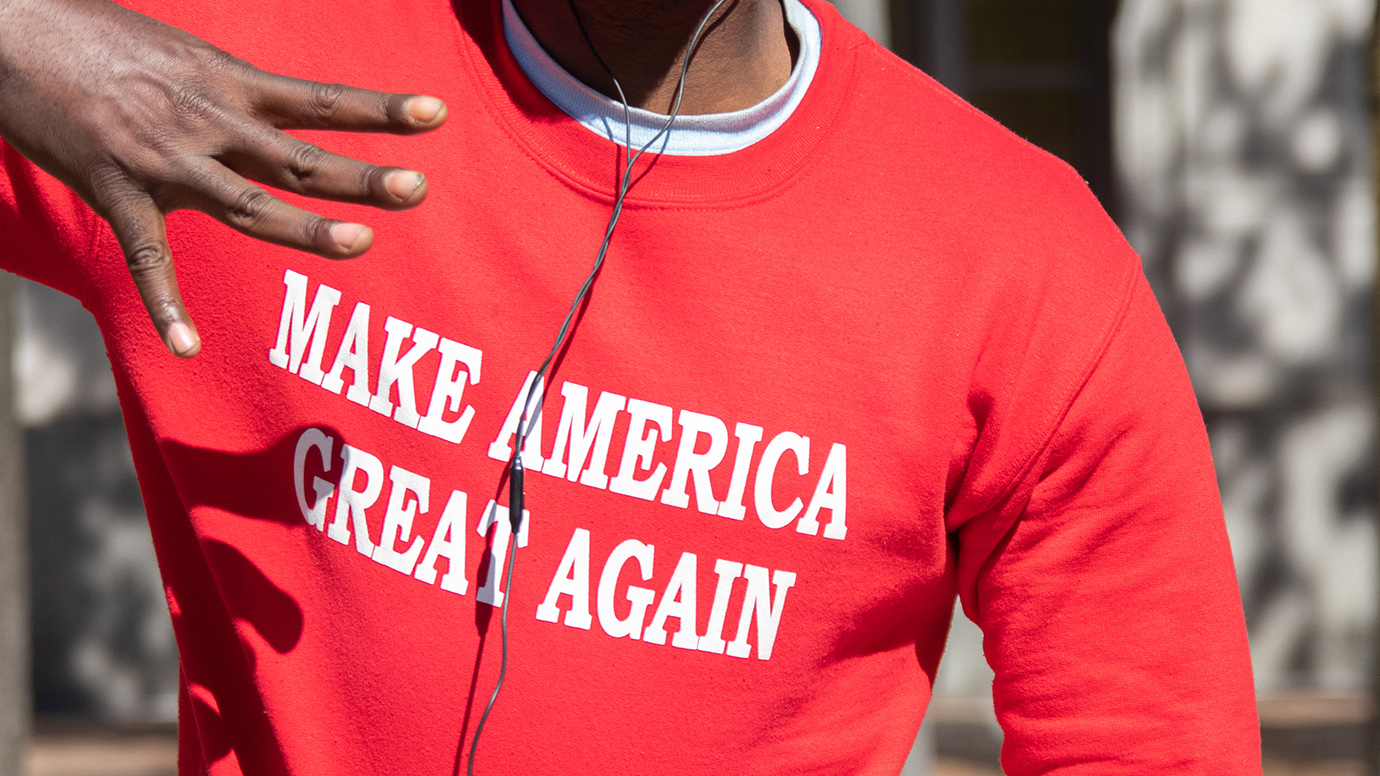 According to the study, the main reason students are reluctant to speak on controversial topics is due to a fear that their peers will criticize their views as offensive. (Julia Nikhinson/The Diamondback)

Bryce Kowalczyk doesn’t feel uncomfortable voicing his opinions. The senior government and politics and public policy major and president of UMD Democrats said he isn’t bothered by the tension and discomfort that comes when two people with differing views clash. But he’s one of few students who feel that way.

In 2020, 62 percent of college students agreed the climate on their campuses prevents students from expressing things they believe, a fall study found.

This figure is up seven percentage points from 2019, according to the study, and there are many factors at play. And some students at the University of Maryland aren’t immune to discomfort with speaking about controversial issues.

Heterodox Academy, an organization of more than 4,000 professors, administrators, educators and students across the country, published the study as a follow-up to its 2019 study that looked at the same issue.

Dylan Selterman, a senior lecturer in this university’s psychology department and a member of Heterodox Academy, explained that the organization believes in ideological diversity. Members want to learn and be enlightened through the discourse of different ideologies.

“The mission of Heterodox Academy is, I think, in a nutshell, just to facilitate that truth-finding process through more sophisticated understanding of each other,” Selterman said.

For the study, 1,311 college students across the nation were surveyed about how comfortable they felt expressing their viewpoints in the classroom on various topics. They were also specifically asked about the 2020 presidential election and the Black Lives Matter movement.

College Republicans President Arianna Delgado doesn’t have an issue voicing her opinions, she said. But the organization has often been the crutch for others who are afraid to speak up, the senior government and politics major said.

However, Delgado said when it comes to discussing opposing views, she receives more backlash within her organization than with anyone else. The reason: Donald Trump.

“I really think he has made his mark, and you have kids who have known about or have been involved in politics ever since his presidency and that’s all they know,” Delgado said. “His message, his motives, ideas, ideology — they’re all engraved in their heads, like this is the Republican Party.”

There were opposing views within College Republicans on whether the Jan. 6 storming of the Capitol was OK, she said. Delgado condemned those who supported it, which angered some in the club. Some eventually splintered off and created their own organization, she said.

Students have been leaving the organization, she said, claiming a lack of transparency. But Delgado said she’s always open to conversation and reaches out to the members of the organization. Those who leave typically do so because they aren’t open to discussion, she said, and open-ended discussion is key to comfortable conversation. Kowalczyk agrees.

According to the study, the main reason students are reluctant to speak on controversial topics is due to a fear that their peers will criticize their views as offensive. About 60 percent of reluctant students shared this fear, and about 33 percent of students said they were hesitant to speak on controversial issues out of fear that their professors would say their views are wrong.

Kowalczyk said he has seen this retribution firsthand, in one of his public policy classes last year. There was a student who said something “mildly Republican” and a few classmates didn’t react well.

“It wasn’t them ganging up on him — just more of the idea,” Kowalczyk said. “There’s definitely an inherent tension with that.”

The criticism and judgement comes with different topics as well. The study included other controversial topics outside of politics, such as race, sexual orientation and gender. After politics, the second most uncomfortable controversial topic is religion, with 30.5 percent of respondents saying they’re reluctant to share their views in a classroom.

The study found that those who identify as agnostic and atheist were the most uncomfortable talking about religion. Buddhists were found to be the most comfortable.

Senior English and psychology major Sumayyah Ghori, who is Muslim, says she’s comfortable talking about her religion, especially as she gains knowledge about Islam.

But she said she feels like others get uncomfortable when it comes to talking about religion. She attributes it to the dividing nature of religion and how people want to defend their beliefs, she said. She said she tends to steer clear if she senses that discomfort.

Jewish and Christian students indicated that they were more reluctant to talk about politics than students of other religions.

Senior civil engineering major Cam O’Meara is Catholic. He was raised Catholic and went to Mass when he was younger, but his relationship with God really flourished when he came to the university, he said. He takes no issue publicly identifying himself as a Catholic, he said, but when it comes to expressing his beliefs, he’s much more hesitant.

“I just hesitate thinking that they will think of me in a different way, or think that I’m being rude, insensitive or not with the times because … Catholics nowadays are seen as traditional, out of date or unloving of certain people,” O’Meara said.

O’Meara also said he’s more inclined to talk about sensitive topics when he knows a person. Either way, in a situation where he’s talking to someone with opposing viewpoints, he tries to hold onto a certain mindset: People don’t want bad things and aren’t evil, they just have a different perception of what is good.

[After tumultuous election, current and former UMD students reflect on their ideal USA]

Kowalczyk uses a similar technique. Raised in rural Pennsylvania with more liberal opinions than others around him, he said he truly tries to stop and listen to the other person and see how their life might have shaped their opinions.

Selterman acknowledged the fear of judgement and criticism as a natural reaction, especially if it’s something an individual has witnessed and heard about. However, he emphasized the need for more people to realize that it’s normal to express opinions. When expressing your view becomes the norm, others will feel more comfortable to follow suit, he said. Spaces for calm and respectful dialogue could be a great way to promote more open discourse, Selterman said.

This is already happening in some areas on this university’s campus. UMD Democrats and College Republicans held debates before the pandemic and often found they agreed on many things. Ghori mentioned an event that used to be held where people from various religious denominations would get together and listen to others talk about their faith.

Selterman said research has shown that stifling conversation and speech disproportionately affect marginalized groups and only emphasizes the importance of having an open dialogue. Though people are not always the best communicators, there are ways to better understand others and communicate more effectively.