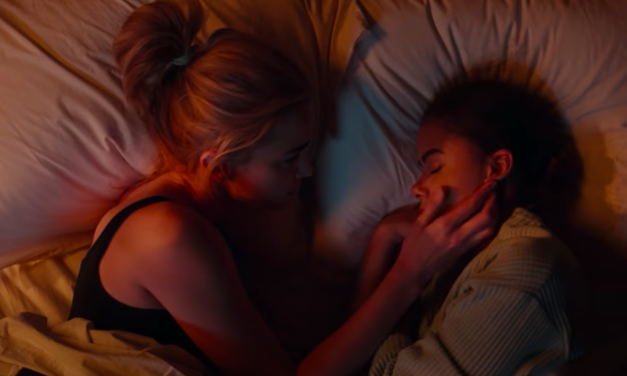 'Ginny & Georgia' is now streaming on Netflix. (Screenshot via YouTube)

I watch a lot of Netflix. I mean, who doesn’t? More than a year into the pandemic, we’re still stuck inside, and yet Netflix seems to churn out another original show or movie every month.

The shows are inherently bingeable. The streaming platform drops eight to 10 episodes at a time, with a year or more in between seasons. While one show is in production for its second season, you can fill the void with a new series. And the cycle goes on and on.

Whenever a new original movie or series is released, it can be placed on the Netflix homepage “Top 10” trending list, driving more people to watch. And while Netflix originals cover a wide range of genres, the ones that gain the most popularity are seemingly lighthearted and enjoyable for all audiences.

I rarely love Netflix originals. But not because I’m picky, but because these shows and movies rarely get the adolescent experience right.

In Insatiable, the lead undergoes a transformation that makes her thin, and she’s no longer harassed, bullied or underestimated. In the rom-com trilogy To All The Boys I’ve Loved Before, the main couple is completely bewildered they can’t attend Stanford together, despite rarely referencing any academic achievement or involvement in the movies.

One of the more recent teenage Netflix originals is Ginny & Georgia, a show released in late February, about a once-teen mom and her now teen daughter starting a life in a Massachusetts town.

Almost immediately after the release, I was told by family and friends to give the show a try. Reluctantly, I recruited my roommates to watch with me.

We gawked at the overall cringy-ness. I commented on how they dressed like they’re fresh out of a Justice catalog. We noted how the dialogue was overly scripted and filled with outdated slang, wondering who would have written this. I couldn’t believe how much they got wrong.

It followed the bad Netflix formula: uncomfortable and awkward to watch for the first 40 minutes, then in the last five a big cliffhanger happens so you just have to keep watching.

What concerned me about this show, though, was how most of the young characters are presented acting and dressing younger than a normal person of their character’s age would. Yet, despite that, they’re shown self-harming, binge drinking and discussing important topics like racism and sexuality in a really questionable and immature way.

It isn’t that I expect every TV character to be a perfect role model for the impressionable youth watching, but I think it’s harmful to have a character that basically looks and acts like a middle schooler tackle topics meant for a more mature audience. And even though the rating on Ginny & Georgia is TV-14, ratings blend into the interface and characters with bedazzled backpacks and bright pink outfits draw a younger crowd.

Thankfully, some Netflix originals tackle these tough subjects appropriately. I pretty much hold Sex Education on a pedestal as one of the least concerning teenage-led Netflix original shows.

Yes, the show covers these complex subjects, but it doesn’t do it under the guise of quirkiness and targeting young audiences. Topics such as self-harm and binge drinking are discussed with care and delicacy, rather than in weird, Netflix-generated teenage slang that doesn’t even really exist. Sex Education is one of the first Netflix shows with high schoolers where I felt like they actually looked and spoke like high schoolers, and that’s important.

Netflix can do, and has done, so much better. I sincerely hope Sex Education isn’t going to be the only original to get it even remotely right. Netflix, I’m begging you — before you make your next cute teen drama, please go study how actual adolescents dress and talk. Because right now, your characters resemble a much younger age group, incapable of exploring the heavy content.