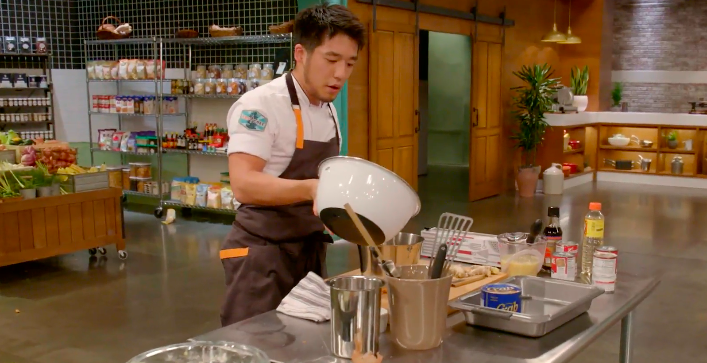 This will be the 18th season of 'Top Chef.' (Screenshot via Bravo)

Out of the countless cooking competition shows on Food Network and beyond, Bravo’s Top Chef has remained my favorite. The incredible locales, brilliant chefs and judges, and unique and practical challenges create a competition worthy of its high reputation.

I grew up watching the show, and I’ve truly come to respect head judge and renowned chef Tom Colicchio, his fellow judges, the winners and the overall excellency Colicchio requires in the Top Chef kitchen. The upcoming season, which premieres April 1, has me especially excited to see what Colicchio and crew have cooked up for the newest tournament.

“This could be one of the best collections of chefs we’ve ever had on the show in 18 seasons,” Colicchio said in the trailer for the new season.

That may sound like an average commercial phrase to draw in viewers, but if you’ve watched the show, you know how infrequently Colicchio doles out high praise. More likely than not, we’ll see an extraordinary caliber of chefs.

In fact, Bravo executive Matt Reichman told Variety that the ongoing coronavirus pandemic may have provided an unlikely opportunity for some talented chefs who were previously too busy to compete on the show.

“I do think that there were probably a handful of chefs that either have always wanted to do it but couldn’t do it — and now they’re at home. Their restaurants are shutting down — maybe they saw this as an opportunity,” Reichman said.

[‘Godzilla vs. Kong’ delivers amazing visuals and fights scenes — but that’s it]

This season features 15 new contestants to compete for the illustrious title of Top Chef. The winner will receive $250,000, a feature in Food & Wine magazine and an appearance at the annual Food & Wine Classic, an esteemed culinary arts exhibition. Although earning a quarter of a million dollars has obvious benefits, the latter two rewards are what set Top Chef apart from other cooking competitions. The feature and appearance with Food & Wine are an irreplaceable opportunity and career stepping stones for chefs to display their talents and reach the highest levels of the culinary world.

What really excited me about this year’s season is the rotating panel of judges. Mainstays Colicchio and Gail Simmons and host Padma Lakshmi will be joined by many famous chefs I admire. For the first time, the show will feature a panel of “all-star” judges, consisting of former contestants from seasons past. Some of my favorites such as Richard Blais, Gregory Gourdet, Brooke Williamson and last season’s winner Melissa King will return to the show.

The 18th season will take place in Portland, Oregon, following last season’s Los Angeles setting. There, the cast and crew will travel to famous food spots in the city and develop a deeper appreciation for the local culture and ingredients. Although I’ve never been to Portland, I’m excited to learn alongside the contestants and take in the landscape. On top of exhibiting some famous landmarks, the series does a great job of providing a small glimpse of its host cities and their culinary environments.

I’m also curious to see how the pandemic has influenced the production of a cooking show, especially one as esteemed as Top Chef. Contestants and crew were tested every other day and lived in a hotel with no other guests, according to Variety. The main kitchen was built larger to accommodate social distancing, each contestant will have their own spices instead of sharing and tasting spoons will be discarded after each use. The new rules and regulations will surely play a part in chefs’ performances, and I wonder if timing will become an issue because they’ll have to be much cleaner and safer.

The pandemic also altered the challenges for the competition. For one episode, the contestants will feed frontline workers at various hospitals in Portland. One of the most difficult recurring challenges in the series is “Restaurant Wars,” in which contestants have to completely plan, decorate and run a pop-up restaurant from scratch. This season, the contestants will instead endure the judge’s watchful eyes as they prepare a seven-course meal.

Although the show airs on Bravo — known for its reality television —  I find that Top Chef tends to leave behind a lot of the silly tropes typical to reality shows. It really is dedicated to finding the best chefs in the country and innovating fine cuisine. Unlike in amateur competition shows such as MasterChef, we get to watch professionals, many of whom own their own restaurants. In the war for the Top Chef title, these chefs create some of the most delicious and exquisite dishes imaginable.

Each season of Top Chef is worth watching, but the next installment promises to be one of the best. Come Thursday night, I’ll be tuning in — as any food lover should.