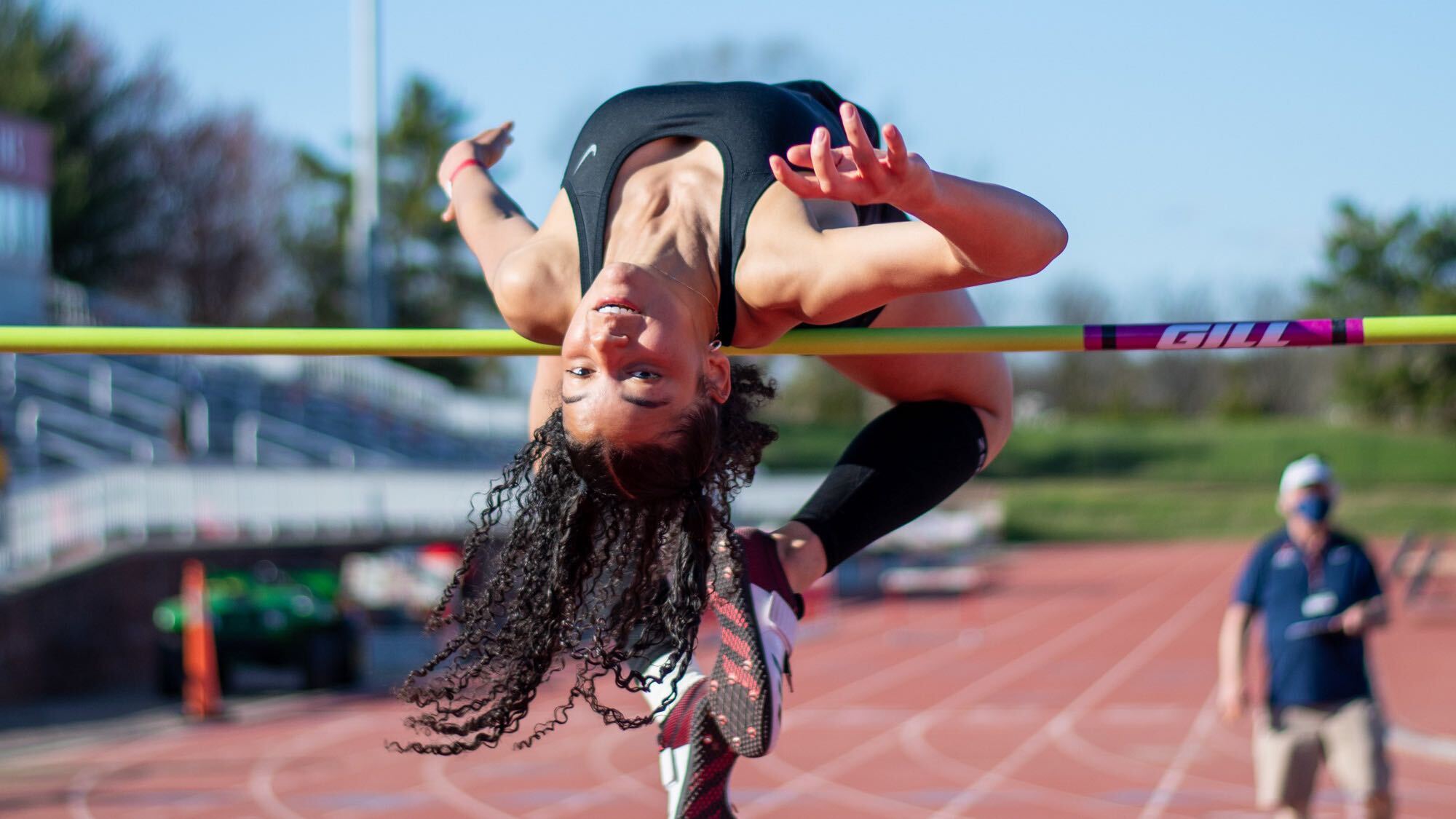 Maryland track and field started the outdoor season off with a bang this weekend, taking home a number of podium finishes and setting several personal bests in the process.

It was a homecoming more than 700 days overdue, as the Terps shined in their return to Kehoe Track, with their last home meet in College Park dating back to the 2018-2019 indoor season.

The weekend’s competition began Friday with several strong showings in the field events.

It was highlighted by senior Alice Barnsdale, the school record-holder in the women’s hammer throw, who threw for a distance of 61.68 meters, good for a second-place finish in the event.

Junior Kamryn Henderson had a strong showing in the hammer throw event, setting a new personal record with a distance of 50.35m.

Kaithon McDonald led the way on the men’s side of the field Friday with a second-place finish in the high jump, clearing a height of 2.03m.

Saturday’s events saw even more success as Maryland took to the track.

Junior Jaida Smith dusted past the competition in the women’s 200m dash, finishing in first with a time of 24.48 seconds. Maryland’s Cheyenne Jones and Nyela Williams trailed not too far behind, finishing in second and fourth place with times of 25.41s and 26.85s respectively.

Meanwhile, senior Bria Mack was less than two-tenths of a second away from a first-place finish in the women’s 100m. Her time of 11.92s was still good for second, however.

It was also a momentous day for Leah Blackall, who shined in the women’s triple jump, finishing in first place with a distance of 12.41m. It marked the graduate student’s first first-place finish in the event in over two years.

Nadia Hackett had a goal in mind for her senior season: to run fast and have fun. If the weekend’s competition were any indication, she looks to be in good shape for the former, as she cruised past the competition in the women’s 100m hurdles, finishing in third place with a time of 14.21s.

Christine Laurie also took home a third-place finish in the women’s 3000m. The senior cruised along the track to finish with a time of 10:06.48s.

On the men’s side of the track, Caleb Dean excelled, finishing in first place in the men’s 110m hurdles with a time of 14.29s. Saturday’s contest marked Dean’s second consecutive first-place finish after the sophomore did so in the 60m hurdles at the Big Ten Invitational last month.

The strong performances didn’t stop there for the men’s team, however, as Chris Spiess showed out with a second-place finish in the pole vault event with a mark of 4.77m. Sophomore Gerald Norgbe also received a second-place finish when he leaped for a distance of 14.69m in the triple jump event.

While it was a weekend of firsts for many of the freshmen on the team, they certainly did not disappoint. Among them was Kobe Simpson, who dazzled in his Maryland debut, finishing in second place with a time of 48.08s in the men’s 400m.

There was also freshman Jessica Sutter, who not only qualified for the women’s javelin finals with a distance of 40.23m, but ended up with the fourth-best mark in school history. Hayden Tobias also had a solid performance in his first-ever hammer throw for the Terps, throwing for a distance 48.37m.

Overall, it was a successful opening weekend for a Terps squad that was excited to finally compete outdoors, Barnsdale said.

“It has been a long time since we had an outdoor season and everyone is looking to achieve their goals,” Barnsdale said.

For coach Andrew Valmon, who was proud of the way his team performed, the weekend’s competition also served as a momentum builder.

“I was happy to see many Terps step up and set new personal bests in their outdoor events after not having a season last year,” Valmon said. “This is a starting point that we can build on as we work towards our goals of post-season conference championship and NCAA performances.”

Maryland looks to carry that excitement and momentum moving forward as it gets ready for next weekend when the team travels to Jacksonville to compete at the Hawkeye Invite.