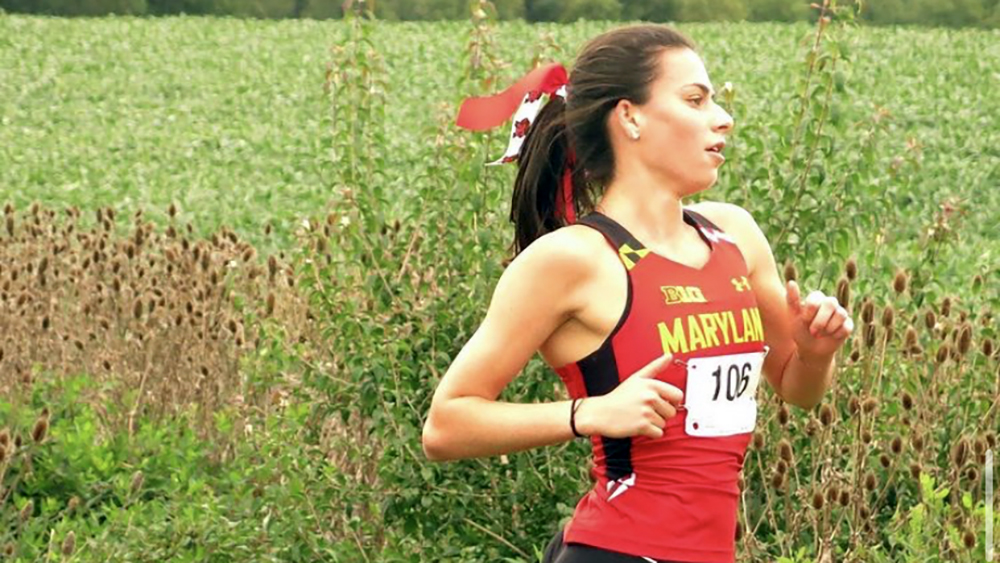 “Mens sana in corpore sano” is a Latin phrase that means “a healthy mind in a healthy body.”

As a member of the University of Maryland’s cross country and track and field teams, much of Reicin’s college career has revolved around athletics.

And now, Reicin’s achievements have now been recognized on a national level. Earlier this month, she was named one of 126 college athletes across the country to receive the postgraduate scholarship.

The scholarship is given to athletes in their final year of intercollegiate athletics competition who show academic excellence, athletic prowess and a dedicated commitment to giving back to their community.

“I was really excited to see how the NCAA recognized that what work has been done at the university has been successful and influential, and that I’ve helped to impact the Maryland athletics department in a positive way,” the senior geographical sciences and psychology major said.

Throughout her time at this university, Reicin said, she has tried to make her mark.

In the fall, she volunteered with the VoTERP initiative, a campaign that aims to provide the university community with resources and information about voting. And Reicin currently serves as the director of the Student-Athlete Advisory Committee at this university and is also involved with a similar committee with the Big Ten conference.

Reicin said her desire to make an impact led her to working closely with this university’s athletics department.

“The upperclassmen in front of me always worked within athletics, it’s definitely a very tight-knit community,” Reicin said. “I wanted to kind of follow in their footsteps initially and figure out how I could have some influence.”

Reicin has also spent time volunteering with Team IMPACT, a national charity with the goal of helping children with chronic or serious illnesses tackle the social isolation that can come with childhood sickness.

The support of her coaches and teammates help her manage the workload that comes with all her commitments, Reicin said.

“My teammates are … very academically focused,” Reicin said. “I feel like we all push each other to be successful and work on the balance between athletics and academics.”

Senior Ryan Flint, a mechanical engineering major and one of Reicin’s teammates, commended Reicin’s supportive nature, describing her as a “team player.”

“She’s very communicative with her teammates when they’re doing workouts and supportive of everybody,” Flint said. “Just the person you want to be around with when you’re doing the workouts.”

“She always strives to be as successful as she can be athletically and academically, too,” the senior geographical sciences major said. “She mostly just wants to do her best, to do what’s best for other people in the community.”

Reicin said she hopes to pay for a graduate degree in public policy with her scholarship, which she said she will most likely stay at this university for.

Gabrielle Go, Reicin’s former teammate and an alumna of this university, won the award in 2019. Go studied public health science and is currently attending the University of Maryland Eastern Shore, where she is pursuing a doctorate in physical therapy.

Go was teammates with Reicin for about two years, and said she remembers Reicin’s perseverance.

“She’s awesome,” Go said. “She went through some pretty crazy injuries, and she just stayed so motivated and positive.”