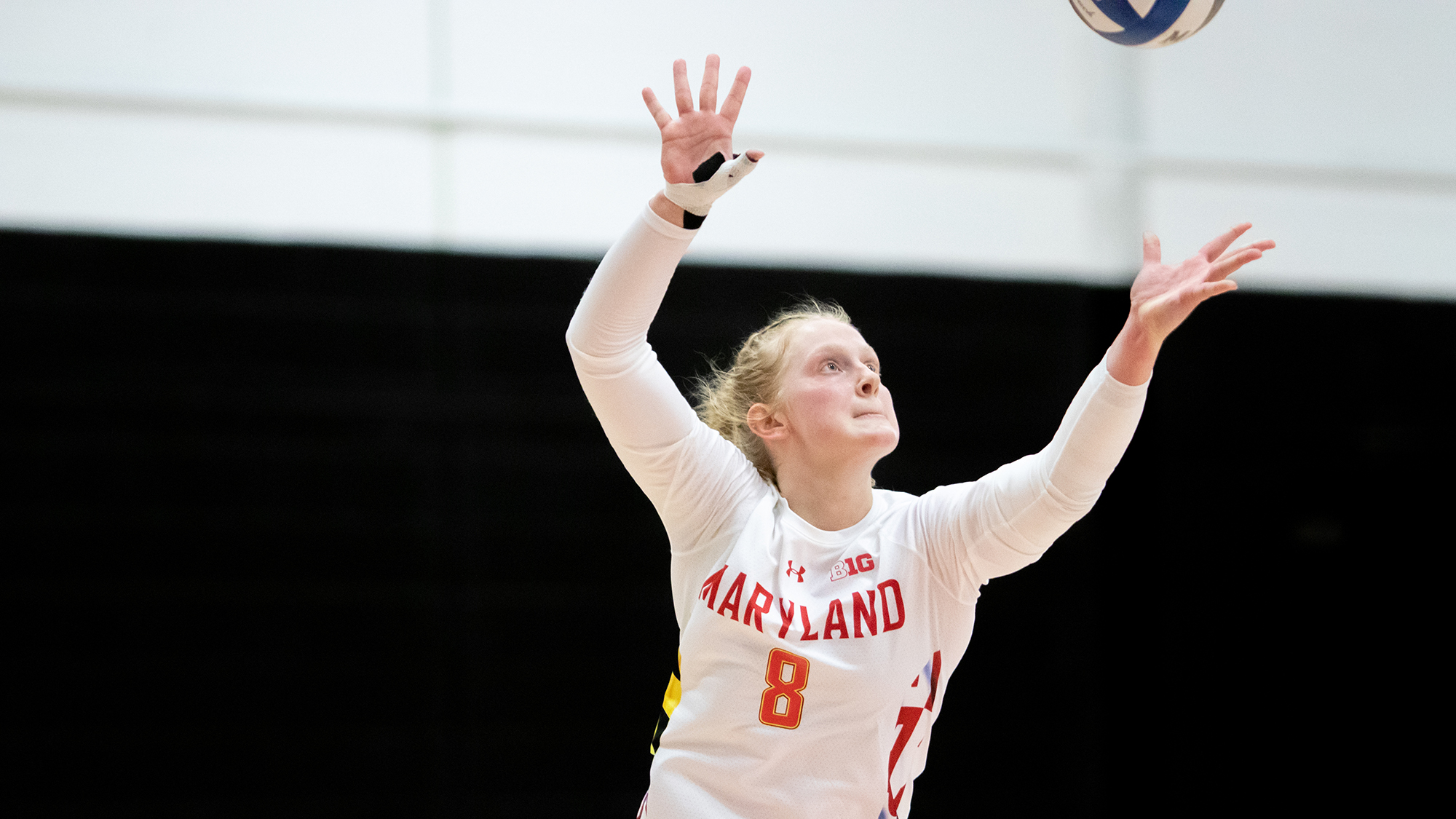 Following a 3-1 loss to Rutgers on Wednesday, Maryland volleyball fell to 4-13 on the season — seemingly hitting a roadblock after dropping its last three contests following a three-game winning streak.

“My fault for not being able to get us to be a little bit more steady,” coach Adam Hughes said. “At times, you can see what we can be and at times, you see what we are.”

A lack of consistency proved to be the Achilles’ heel against Rutgers for Hughes’ squad. After garnering a 16-11 lead midway through the fourth set of action, the Terps looked to be well on their way to forcing a deciding fifth set, only to be denied by the visiting Scarlet Knights.

Rutgers responded with a flurry of high-powered offense, taking six of the next seven points and eradicating Maryland’s sizable advantage, forcing Hughes to burn a timeout with the set knotted at 17.

“I thought once it got to 17, the momentum had switched. It was probably two or three bang-bang plays,” said Hughes, “and [then] the foot-fault led to another two or three point run, and the next thing you know, it gets a little bit tight.”

So, despite flashes of brilliance throughout the match, the Terps couldn’t piece together a run to force a fifth set, falling to the Scarlet Knights at home for their third straight defeat.

Despite the stinging loss, the Terps will have the chance to draw even — this time on the road, as Maryland will travel to Rutgers for a rematch on Saturday.

“It’s a lot about getting into a rhythm,” setter Sydney Dowler said, “and we have all week to regain some of that rhythm back with me and the hitters.”

It’s a rhythm that libero Sam Burgio hopes to hone in on during practice throughout the week.

[Maryland volleyball hopes to get back to winning ways against Rutgers]

Hughes hopes the deflating defeat can reinvigorate a team that began to show promise in previous weeks.

“We gotta hit the road on fire,” said Hughes. “I’m hoping the response will be great, we’ll bounce back and put ourselves in position to win on Saturday.”

Unfortunately for Hughes, however, the Terps will likely be without middle blocker Jada Gardner once again, who was inactive on Wednesday after suffering a non-COVID related injury, per a team spokesperson.

Gardner’s absence, who trails only outside hitter Erika Pritchard in terms of total kills on the season, will certainly be an added challenge in Maryland’s quest for vengeance against the Scarlet Knights on Saturday as the 2021 season begins to dwindle.