Maryland volleyball hopes to get back to winning ways against Rutgers 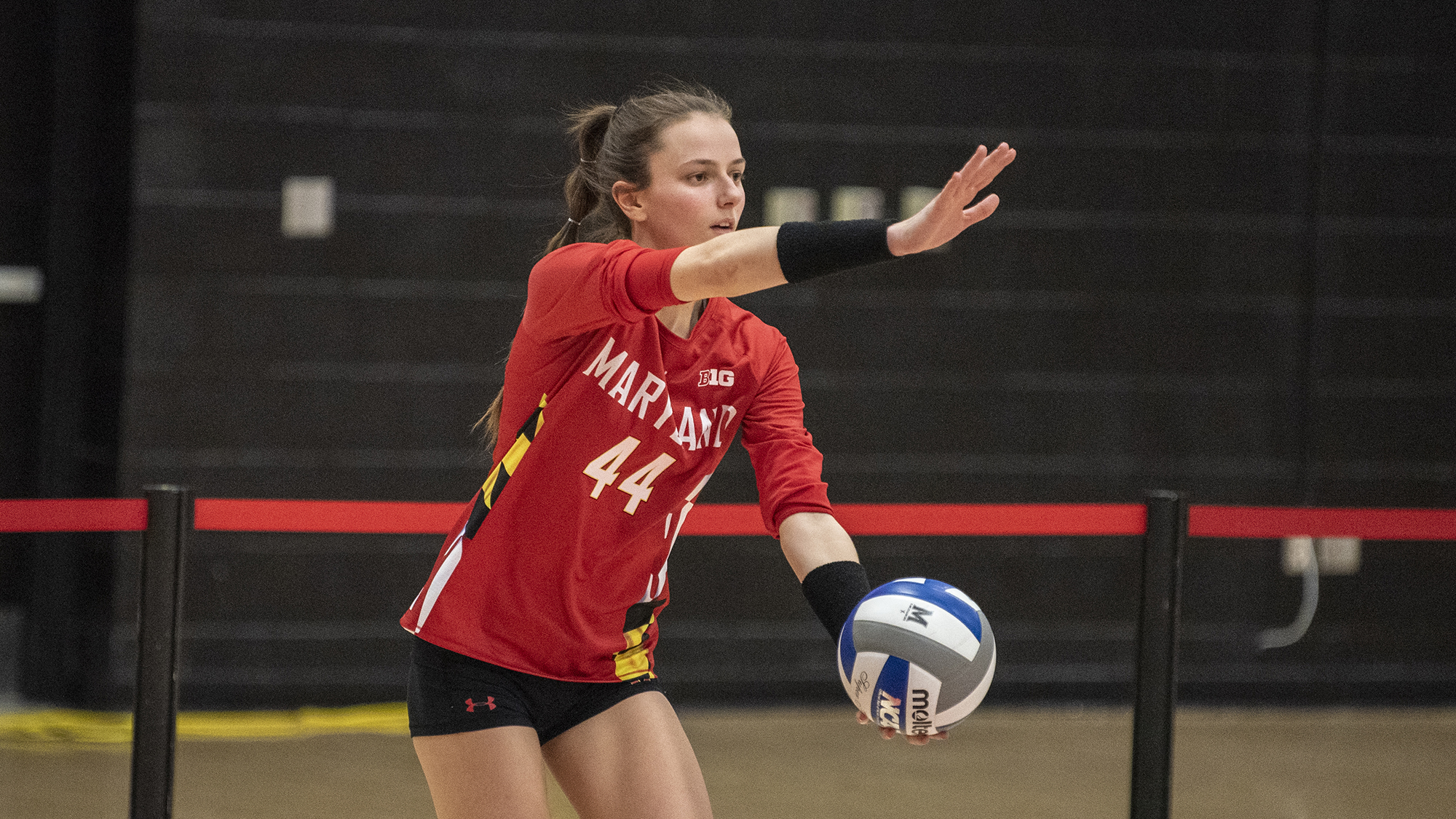 After dropping its last two matches against Illinois over the weekend, Maryland volleyball is looking to regain its momentum in the first of two contests against Rutgers at home on Wednesday.

The Terps, who were riding on a three-game winning streak, stalled against an Illinois team on the road, dropping a five-set thriller to the Illini on Saturday to bring their record to 4-12 for the year.

“With Illinois, we learn from it,” freshman outside hitter Sam Csire said. “You don’t dwell on it. You learn things to take from it, and then we’ll have to implement that in our next couple of games.”

Csire, who has broken onto the scene as a freshman in College Park, tallied 16 total kills in the two-game series against the Illini. Constant film study with coaches and teammates helped her ascend from the bench and become one of Maryland’s most lethal offense threats.

“I’ve just been working on watching film a lot and watching myself in practice so that, when the game would come around, I was confident in my skills,” Csire said. “And also, just talking with the outsides about just what to work on in general with each other, I think it’s really helped build our confidence.”

That confidence has exuded from a variety of young players on Hughes’ squad, including middle blocker Cara Lewis.

Lewis, who currently ranks seventh in the Big Ten in terms of blocks per set, has been a budding star for Maryland’s touted defense, which tops the Big Ten in the blocking category as a team.

“Our coaches have been really determined to make us a defensive team just by pushing us every day in practice and going over film almost every day,” Lewis said.

“There’s obviously a bright young group coming through,” said Hughes, “and I think they’re still learning from the older players … as a group, I’m proud of how they’re still working.”

The Terps will need to rely on sizable contributions come Wednesday from their young stars — as well as their talented veteran leaders — as they prepare to take on Rutgers in yet another Big Ten showdown.

Led by first-year head coach Caitlin Schweihofer, the Scarlet Knights currently rank last in the Big Ten with a 2-14 record — but Hughes and the Terps aren’t deceived by Rutgers’ rank in the conference.

“We’re not taking them lightly by any means,” Hughes said. “They lost to Ohio State in five [sets], a top ten team, they actually had a swing to win that match … We know it’s not easy to win. We’ll try to find any way we can no matter who it is.”