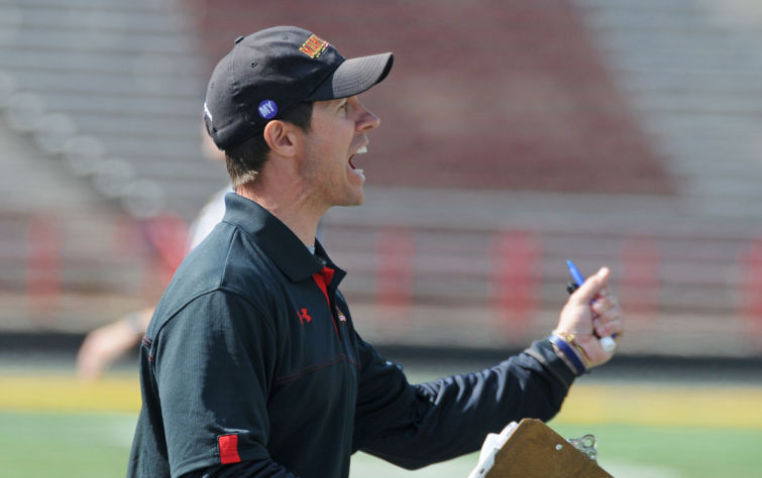 For Maryland men’s lacrosse players, spring break doesn’t usually mean flocking south for warmer weather and sunshine like it does for many college students. But it typically gives players more free time to spend with each other, hold team activities or see their families — even though the break falls in the middle of their season.

With COVID-19 protocols still in place, the team has to limit the number of players in the locker room, weight room, trainers’ room and even players’ living spaces off-campus. The only place all 49 players can be together is on the lacrosse field.

“The kids are bummed because they truly enjoy being around each other,” coach John Tillman said. “There’s something special about having these relationships and getting to know guys and spending time with them, and the only time that really happens is on the field.”

Knowing how much his team wants to be together off the field, Tillman decided to bring off-the-field activities to Maryland Stadium last week. That meant the 11th-year coach purchased yard games like corn hole, bocce ball and wiffle ball for his team to use before or after practice.

Although playing wiffle ball on the turf doesn’t fit the classic spring break mold, it gave the Terps a chance to put down their sticks and take a break from their lacrosse, Zoom, repeat routine.

“[I was] joking today with the guys like ‘College Park spring break, bring your sunblock and such,’” Tillman said. “I ordered some different things … so that if the guys wanted to hang out after practice and do some things, they could just kind of hang out and be on the field.”

During a normal season, some of Maryland’s off-field activities would include team meals with parents and family, community service days in Washington, D.C., and more.

Tillman hopes this team will still be able to volunteer with youth lacrosse programs as soon as health and safety protocols allow.

In the meantime, yard games in College Park will have to do. The Terps found time to play a few games of wiffle ball before practice while they were running on an altered schedule during the break last week.

“We had a little bit of downtime waiting for kids to get out of treatment,” defenseman John Geppert said. “The wiffle ball got a little bit competitive, and that was an interesting, fun way to loosen things up. It was a good touch.”

The whole Maryland squad continued to prepare for its game at Ohio State on Saturday. Their break wound down with an eight-point win over the Buckeyes, which moved them to 5-0 on the season.

Despite not having the week off of games, players were happy to have leisure time sprinkled in during their five days away from the classroom.

“It was really nice,” goalie Logan McNaney said. “Our schedule was much different than what it usually would be, it’s kind of monotonous. I think adding that little shrink in our schedule, trying to get a little loose and put something new in there, I think it was good for all of us.”

Tillman realizes every team in the country is dealing with similar challenges while playing in a pandemic, but before it’s all lacrosse, all the time, he and his players cherished their time spent together over spring break.

“I think everybody’s struggling with that,” Tillman said. “I think every coach for any college sports would love to see the kids spend more time together because I do think that is something that the kids really appreciate.”