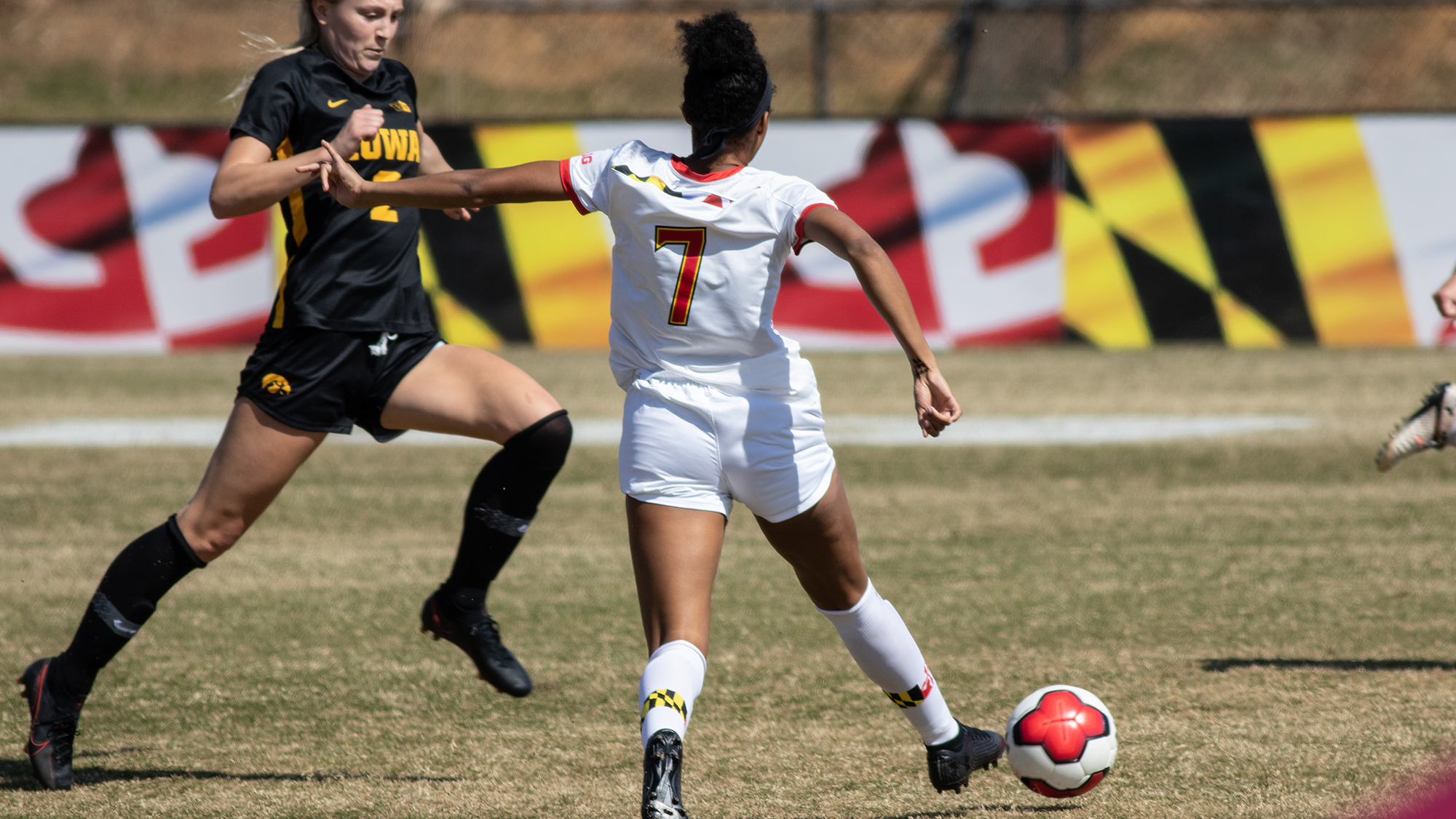 After most of Maryland women’s soccer’s games this season, coach Ray Leone has been able to find positives.

But after Maryland fell 1-0 to Iowa last Sunday, Leone had little to be happy about.

“Against Rutgers and Michigan we played really, really well,” Leone said Sunday. “We didn’t do that today.”

It was a performance emblematic of the Terps’ season, one in which they played down to the only other winless team in the conference.

The Terps appear to play to the level of their competition, causing the games against higher ranked teams to end in the same way as the ones against lower ranked ones — usually with a tie or a loss.

And it’s a trend the Terps will need to correct in order to get into the win column.

Maryland puts a lot of fight into each game. But as it becomes more and more desperate to get their first win of the season, its style of play becomes messy and frantic.

That was apparent against the Hawkeyes, when the Terps lacked offensive fluidity against one of the worst defensive teams in the conference.

“I wouldn’t question how hard we worked and how badly we wanted it,” forward Emily McNesby said. “I just think we weren’t super clean with passing the ball, passing the ball out of the back and just simple things we weren’t clean enough with.”

Conversely, Maryland took the game to now-second place Rutgers, earning a hard fought tie against the Scarlet Knights. But it’s those bottom-of-the-standings matchups, games against Iowa, Michigan State and Nebraska, when the Terps are expected to show their quality.

So, as Maryland faces Wisconsin, it will prepare for yet another challenge. The Badgers are the third-lowest scoring team in the conference, but they boast the league’s best defense.

Though the Terps remain winless, they have kept contests close and can take solace in their competitiveness. And given its defensive-minded opponent, Maryland will likely be locked in another tight matchup.

“Our team still has fight in it,” Tolson said. “That’s the positive outlook that I have for us this season — our team is fighting and we could go further than we ever have before.”