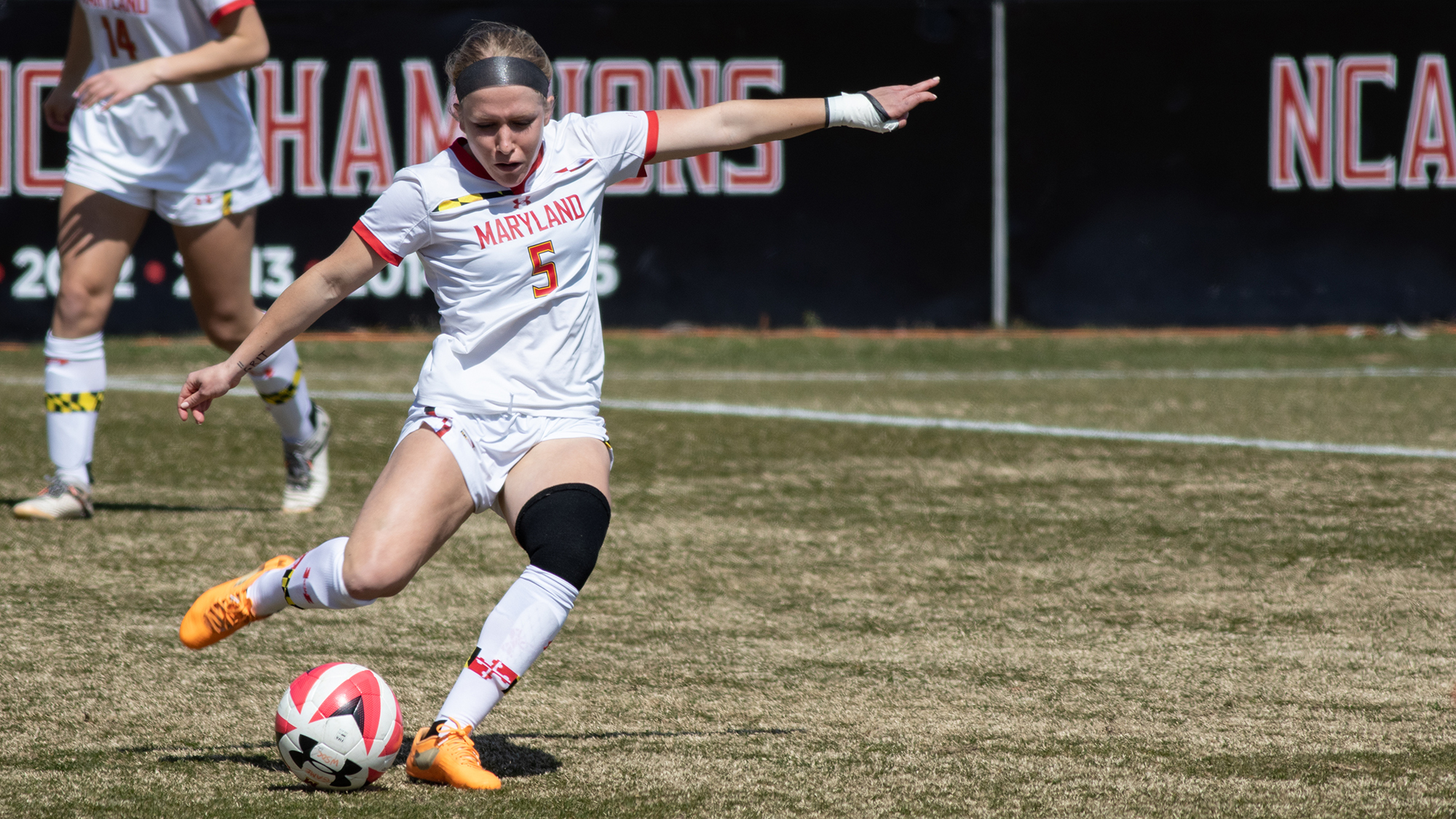 Kennedy Tolson stretched towards the top corner, reaching for a looping ball that seemed destined to find the back of the net. The Maryland keeper came inches from the ball, but it deflected from the bottom of the bar, off her arm, and into the net.

And though she tried to scramble it from behind the line, the referee whistled for a goal, walking it off for Iowa with a dramatic overtime winner.

It was a bitter end to a solid defensive performance for the Terps, as they defended valiantly on their senior night, but lost to the Hawkeyes, 1-0.

With the clear weather and opportunity to honor a decorated senior class, the stage seemed to be set for Maryland to snap its winless streak — especially against an Iowa team that had failed to win through seven games. What followed, though, was a game defined by its lack of offense, with the only goal coming in the 97th minute from Hawkeyes forward Gianna Gourley.

But the game didn’t live up to the billing through 45 minutes. The two teams combined for three total shots in a sluggish opening half.

The closest Maryland came was from Alyssa Poarch, who skied her shot over the bar in the 24th minute. Iowa managed to take two shots on net, both bottom center, both saved by Maryland goalkeeper Kennedy Tolson.

The Terps turned to the stellar play of Hope Lewandoski to keep the game knotted. The senior dominated the midfield, her impact personified with a sliding tackle to block a Hawkeyes’ breakaway in the 19th minute.

And that was all either team would manage in a tight but toothless first half, with the score locked at 0-0 at the break.

Things didn’t change too much in the second period, with both sides engaging in a largely defensive contest.

At first, the only noticeable difference was a couple more shots coming from each opponent.

Iowa attempted three shots in the first two minutes of the half, determined to continue to exert its influence on the game.

However, the Hawkeyes lacked steadiness in front of goal, none of their shots were accurate with two soaring over the top of the net, and one flying too heavily to the right side.

In the 51st minute, Sydney Staier produced Maryland’s closest chance of the day. Her unsuccessful attempt traveled directly towards the bottom center of the net, and was saved by Iowa goalkeeper Macy Enneking.

After Staier’s attempt, the Hawkeyes returned to the Terps’ net, this time testing Tolson with three powerful shots in three minutes.

Iowa’s Hailey Rydberg attempted two of the three shots, with the first traveling to the center of the net, and the second to the bottom left corner. But Tolson equaled all three of them, denying the Hawkeyes an opening goal.

While the number of shots and overall pace of the game improved dramatically in the second half, neither team was able to break the tie.

In the 90th minute, Iowa had a chance to win it. Emily McNesby committed a foul just outside the box. However, no Hawkeye forward could get on the end of the cross, sending the game to overtime.

Still, both teams were desperate to finish with a win.

Four minutes into overtime, Alyssa Poarch took a shot on net that traveled too far out right. Shortly after, Iowa’s Samantha Cary took an unsuccessful attempt as well, a shot to the bottom left of the net that was saved by Kennedy Tolson.

In the 97th minute of the game, Iowa scored the first and last goal. Gourley’s well struck volley sailed beyond the hands of Tolson and deflected into the net, giving the Hawkeyes their first win of the season.

The Terps, meanwhile, sent their seniors home disappointed — and winless through their first eight games.