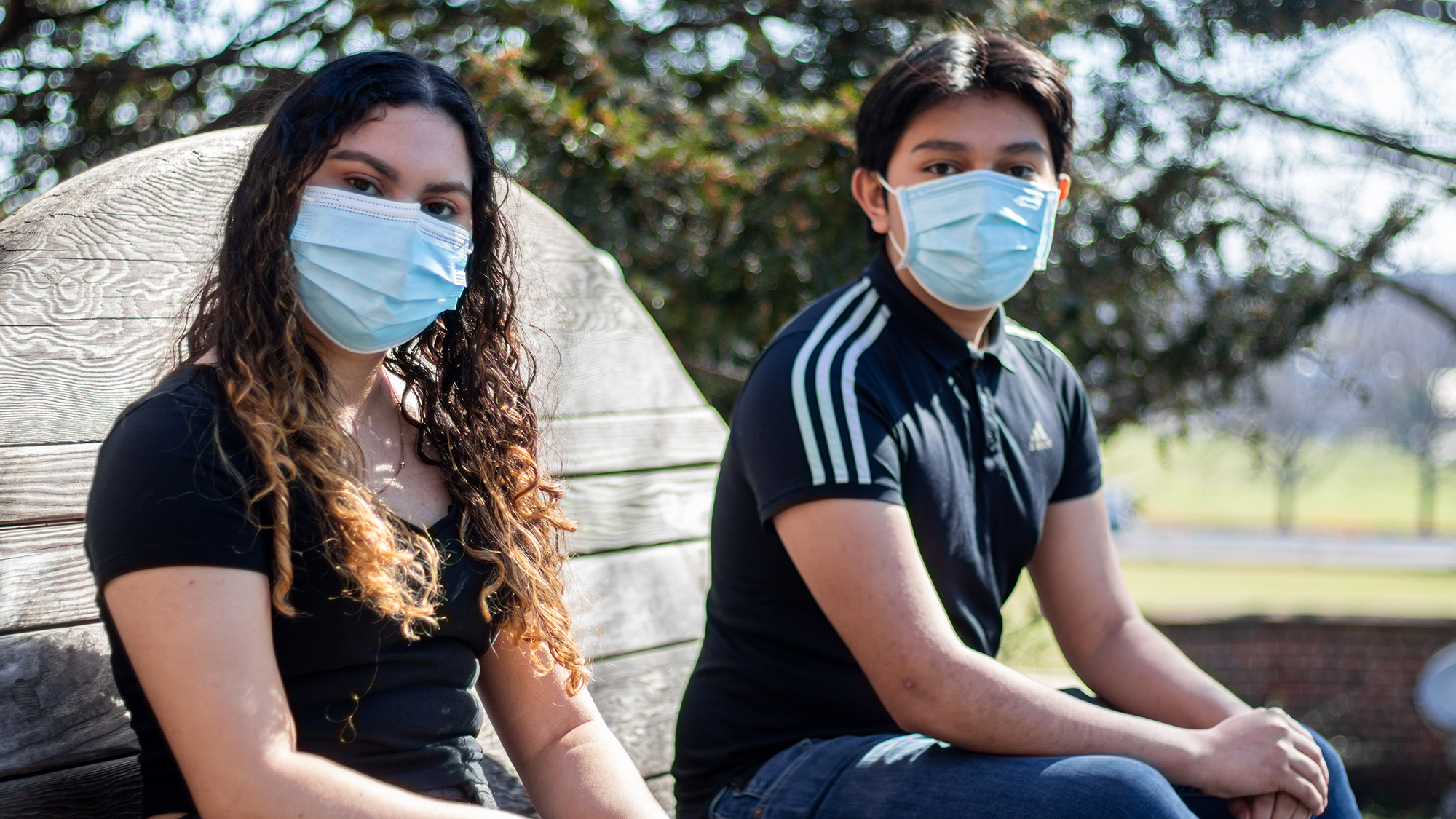 By Amanda Hernández and Christine Zhu

The enticing promise of Peruvian chicken and an interest in political science and policy brought Alexa Figueroa and Dennis Martinez to the Washington Urban Debate League about three years ago.

The two, then high school sophomores at Northwestern High School in Hyattsville, wanted to take advantage of a partnership between Prince George’s County Public Schools and the Washington Urban Debate League, which was seeking to bring the lively world of debate to students with diverse backgrounds.

The pair thrived in their new environment, becoming this year’s national champions of the Harvard University Debate En Español Tournament — one of the very first debate tournaments of its kind featuring Spanish debate.

“I could represent a lot of Hispanic debaters, who kind of feel like they can’t join debate because of the language barrier or because they fear racism or their migratory status,” Figueroa said. “It just felt amazing … That was something that really made me emotional.”

Spanish debate is an emerging activity across the country, according to David Trigaux, the program director of WUDL. In recent years, there has been an increased demand for Spanish debate because “it’s a new entry point for students to be able to do something that they’re passionate about,” Trigaux added.

For Figueroa and Martinez, WUDL meant an opportunity to give debate a shot in Spanish. Previously, the pair had only competed in English, but they found comfort and fulfillment in debating in their heritage language.

“It felt like we were making history in a way because debate is … an activity that inherently excludes people,” said Martinez.

At the Harvard tournament, they debated about abolishing the U.S. Immigration and Customs Enforcement agency, an issue they related to as children of immigrants themselves, Martinez said.

The pair, who started off as more introverted and serious, decided to join WUDL to challenge themselves and come out of their shells, Trigaux said.

“They look for growth opportunities — they are proactively conscious of their own growth and development,” Trigaux said. “That’s not a skill you see in most young people, or, frankly, most adults.”

Figueroa and Martinez, who have been debate partners since their sophomore year in high school, noted that even though debate can be exclusionary, it gives them a chance to advocate for issues they care about, such as criminal justice and immigration policy.

“We always should incorporate our identity whenever we can,” Figueroa said, adding that they have debated against students who didn’t want to have discussions about issues facing minorities. During those times, though, Figueroa said she has made rebuttals in Spanish or incorporated the language in other parts of their argument.

“It’s just a way for us to be a part of these spaces and incorporate ourselves in places where we never were meant to be,” Figueroa said.

Martinez explained that debate is largely exclusionary because of the amount of resources needed for students to excel. To prepare for a debate, students need to research about their assigned topics and find evidence that both supports their argument and weakens their opponent’s, he added.

Some schools don’t offer debate teams, and if they do, the funding may not always be sustainable. In Martinez and Figueroa’s case, Prince George’s County Public Schools stopped funding the partnership between the school system and WUDL during their junior year, which left the pair scrambling for support.

Figueroa even considered leaving the activity altogether because of the lack of support, which made it harder for them to travel to and prepare for tournaments. She added that they often had to prepare by themselves and would meet in secret after school.

The pair was previously coached by Maggie Ryan, an alumna of the University of Maryland who noted that, in spite of the lack of support from their high school, they succeeded in policy debate. Ryan said she couldn’t speak highly enough of Figueroa and Martinez.

“Dennis is always open and willing to talking to younger students who aren’t as confident in their debate skills,” Ryan said. “Alexa wants to share debate in the way that she knows how –– through journalism and producing movies and documentaries about how debate has improved her life and how it could improve the life of others.”

Now high school seniors, the pair is riding out the rest of the debate season and preparing to transition to college life. Martinez committed to Lewis and Clark College in Portland, Oregon, to study political science on a full-ride scholarship. Figueroa is still waiting to hear back from a few colleges but plans to major in broadcast journalism.

Martinez said he plans to continue debating at Lewis and Clark but may not debate in Spanish, because he will be in a new division. Though Figueroa doesn’t intend to pursue debate in college, the pair said they both plan to give back to WUDL and hope to help out with the league’s emerging Spanish debate program.