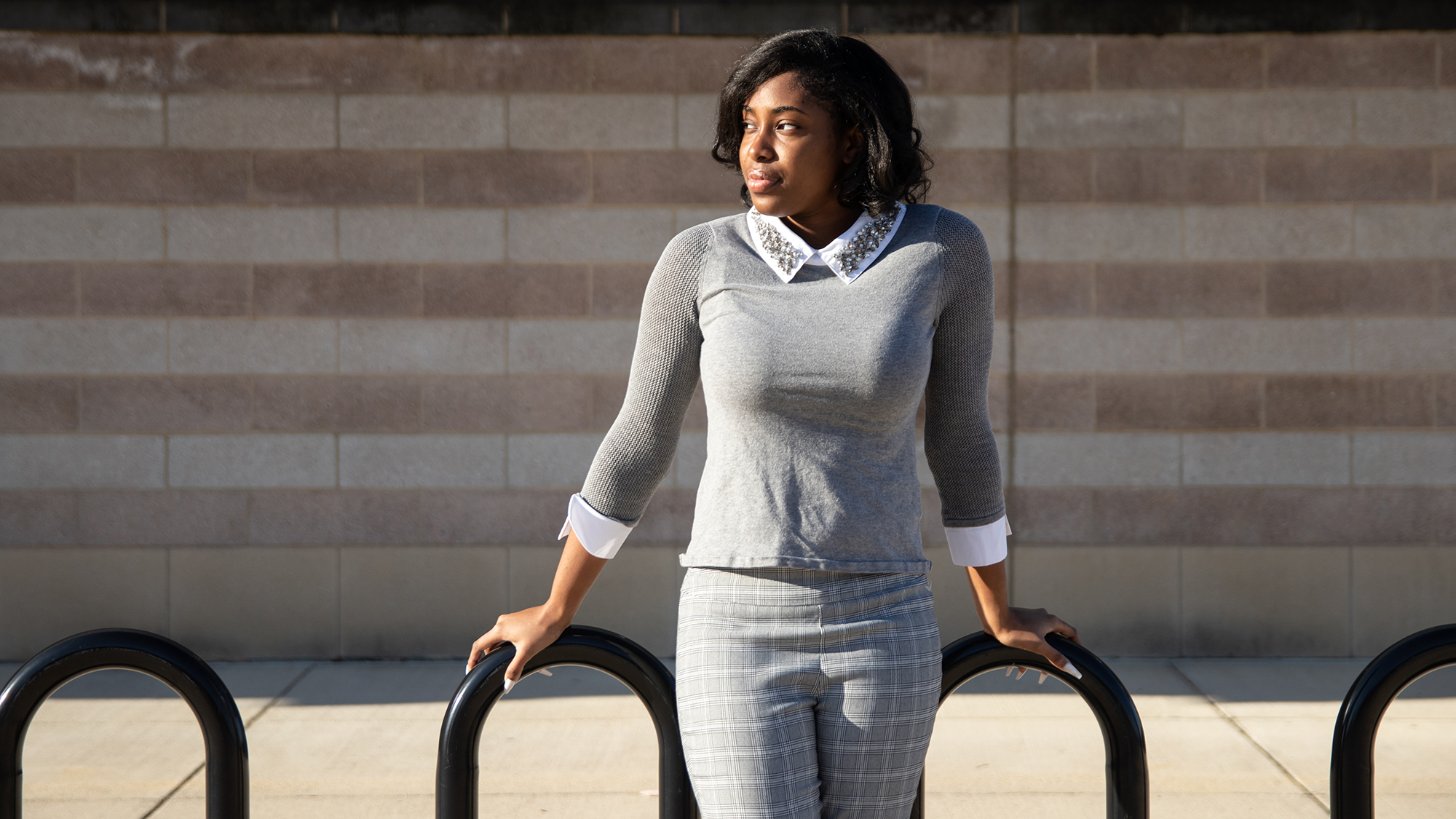 For Ninah Jackson, a senior at Oxon Hill High School, deciding where to go to college was nerve-wracking; not because she had to decide from the 10 schools she applied to, but because she had never set foot on any of the campuses.

“Being on campus is way different than looking online, looking at pictures, watching YouTube videos,” Jackson said. “You’re really taking a shot in the dark.”

Though she ended up choosing Bucknell University on an academic scholarship, the choice wasn’t easy.

Jackson is just one of the high school seniors across the nation who, due to the COVID-19 pandemic, must make their college decision without the help of in-person campus tours. With many institutions, including the University of Maryland, only offering virtual tours, these Prince George’s County high schoolers have struggled to decide where to further their education.

“I’m honestly still wavering on a lot of things, just because of that uncertainty,” she said.

In the beginning, Jackson said narrowing her search based on her preferences was key. So, she created a list of characteristics she was looking for in a school: liberal arts, medium-sized student population, strong school spirit and diversity.

Then, she continued, it’s all research. This can include anything from going on different forums and blogs about the schools, talking with college students or family and talking to faculty and staff at the university, such as admissions counselors and professors, she said.

Kayla Moore, another Oxon Hill senior, used a similar strategy. She did a lot of research independently but specifically looked at what she wanted to study and which schools on the east coast offered those programs.

She’s currently considering studying actuarial science or economics, and is deciding between Penn State, the University of Tampa and this university.

“This process has really been unique,” Moore said. “I’ve really had to rely on my sense of knowing what it is that I kind of want to do. Luckily, I do know, but I know that’s not how it is for everyone.”

Hayes is a part of the Junior Reserve Officers’ Training Corps, which he said focuses heavily on college and career readiness.

“I was able to sort of have more confidence within the process, and actually knowing where I want to go because of being a part of Junior ROTC in my high school,” Hayes said. “I know that that’s going to translate to me being in senior ROTC in college.”

Hayes will be attending Howard University in the fall on a three-year ROTC scholarship. Before the pandemic, he said he was able to visit the campus in person.

Moore said she was also able to visit the campuses before COVID-19 hit, but said the virtual tours have helped. Although, she wishes her high school could have representatives from colleges do visits over Zoom to interested seniors earlier in the fall — because she took advantage of early action deadlines — and it would have been more helpful to attend information sessions before applying.

“I remember looking at some schools and seeing how beautiful the campus was,” Moore said. “That’s really what pulled me in.”

Both Jackson and Hayes said even after deciding which school will be the best match in a virtual environment, they still have the stress about submitting transcripts and recommendation letters in a timely manner before applications are due by school faculty.

Jackson said when she was just three days away from her application deadlines, she still didn’t have her letter of recommendation or transcript ready to send in. Trying to get someone from the school to look over a college essay is difficult to handle virtually as well, she added.

“It’s definitely hard going through the process, because of that lack of in-person support,” Jackson said.

“It’s such a different environment but overall, of course, you have to imagine that these counselors and administrators are getting swamped with emails,” Hayes said.

Despite all the challenges, Moore said she has stayed hopeful.

“I’m hoping that maybe I’ll get to experience, at least for my first year, that college experience of being on campus,” she said.