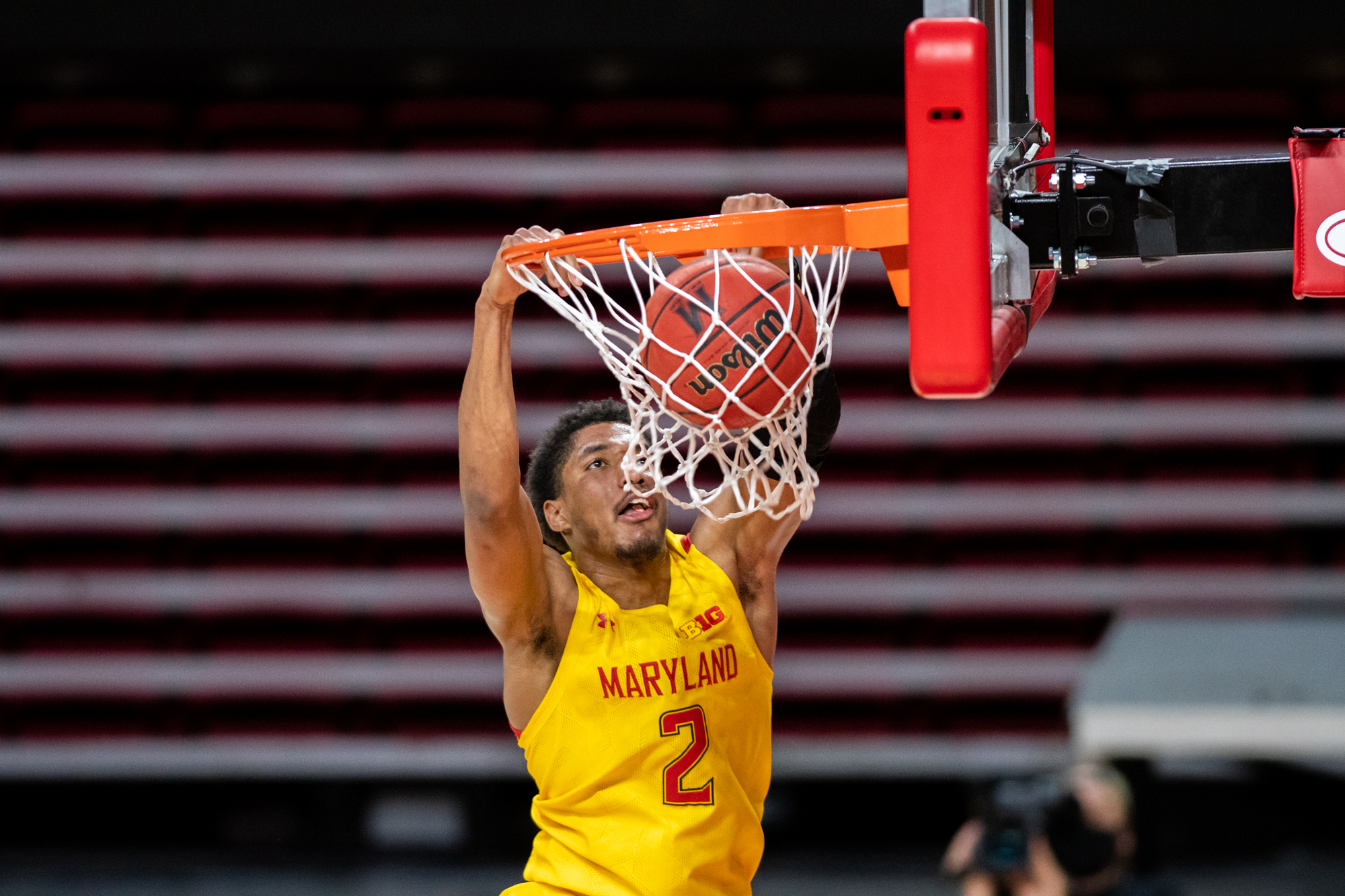 After suffocating UConn’s offense, the Maryland Terrapins men’s basketball team finds themselves back in the second round of the NCAA Tournament. Standing between the Terps and their first Sweet Sixteen birth since 2016 is the No. 2 seed Alabama Crimson Tide. The Crimson Tide won the SEC regular-season and conference tournament championships this year, and should be a formidable foe for Maryland. Ahead of the matchup, we reached out to Alexander Plant of The Crimson White to learn more about the Tide.

Nate Oats has turned Alabama around very quickly, winning the SEC in his second season. What has he done to get Crimson Tide basketball rolling?

Maturity was the key to Alabama’s season this year and is the key for the future. Oats transformed a team with the same amount of talent as the 2017-2020 teams into players that compete like professionals. The winning culture he’s established puts the team first. You can see that with players like senior forward Alex Reese volunteering to come off the bench all season long. These players and the recruits behind them are buying into a long-term commitment with Oats to achieve long-term success.

Herb Jones won SEC player of the year this year. What has made the senior the best player in the conference?

Herb’s basketball IQ is his greatest asset. On both sides of the court, he makes the right plays to put both him and his teammates in places to succeed. He’s a complete utility-type player who can do anything. If I had to compare his style to anyone it would be Draymond Green on the Golden State Warriors. He’s a big body who is the team’s primary defender as well as the player who brings the ball up the court and sets up the offense.

Alabama has a great amount of depth to this year’s team, with 10 players averaging double-digit points. Who are some of the unheralded players Maryland should look out for?

Juwan Gary is the emotion of the team while he’s on the floor. If you watch when he comes in, the team plays more intensely. Every rebound is followed by a scream and every dunk brings the bench to its feet. Gary by far on the team is the most intense player and has the strongest influence on Alabama’s effort level. If Alabama is in a rut, Gary steps in to get the team back on track.

Maryland has had a lot of defensive success this season, running a switch-everything, pack-line style defense. Do you think this style of defense poses problems to Alabama?

I actually think this type of defense is detrimental to Maryland. Alabama’s pace doesn’t allow defenses to set. Pack-line’s number one weakness is giving up the three-point shot, which is Alabama’s specialty. When on fire from deep, Alabama is the best team in the country.

Star players stay out of foul trouble and control the pace of the game. Alabama is not as strong of a half-court team as they are full-court. Fast break points set the tone and capture momentum. That’s how Alabama was able to overcome Iona in the end.

Alabama is not hitting shots. If Alabama shoots like it did in the last game versus Iona, Maryland’s talent on both ends of the floor will be too much to overcome. The Crimson Tide will have to rely on the three-point shot this game. Pack-line style defense takes away a lot of dribble-drive penetration and makes it harder to score at the basket. Alabama only shoots the mid-range shot around 5-10% of the time so the team will have to shoot a lot of threes.