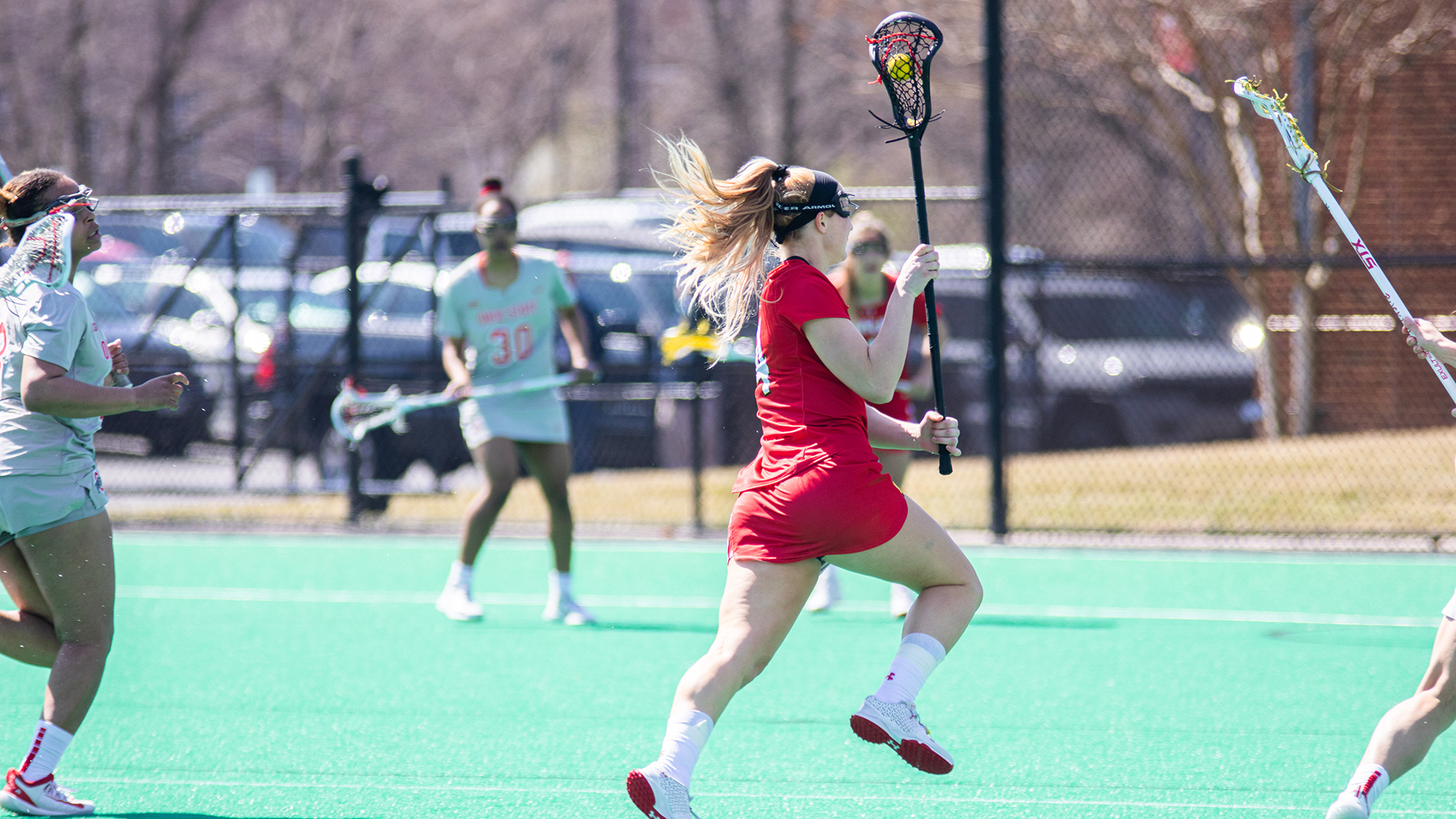 Maryland women’s lacrosse came into the season with the expectation that its defense would need time to grow. Before the opening draw of the season, the unit had only accounted for eight combined starts since the Terps had won their 2019 National Championship.

But in Maryland’s weekend sweep of Ohio State, the backline made clear that it’s taking significant steps forward — and turning into the reliable wall that the Terps need to win games this year.

Defense propelled Maryland (5-1) to its fifth consecutive victory and fourth straight game in which the Terps held their opponent to single digit goals, winning 14-9 on Thursday and 11-5 on Saturday.

Much of the credit is owed to the return of Lizzie Colson. After being out of action for 637 days, Colson plugged back into the Terps’ lineup seamlessly, taking over as the leader of the group and as one of the top defenders in the country.

Colson leads the team in ground balls and draw controls, she is among the best in the country in caused turnovers. She even nabbed her third career assist on Saturday, quickly taking a draw control, rushing toward the attacking area and setting up fellow captain and roommate, Brindi Griffin.

“That goal was so much fun,” Griffin said. “Lizzie was dominating the draw, she was awesome and I was just happy to be there at the right time.”

Though the reinstallment of Colson has elevated the Maryland backline in both experience and talent, the improvement among the younger, less experienced members of the squad has also been apparent.

Tori Barretta had a standout weekend for the Terps, turning in her first four ground ball pickups of the season. She also caused three turnovers, despite having just two of them in her career before the series.

Barretta, a senior, has been used sparingly throughout her Maryland career, appearing in 18 games her first two years. She finally had the chance to see her name in the starting lineup in the final two games of last season, but with the pandemic-shortened season, her game experience remained limited.

“She is just somebody that is so tough,” Reese said. “Defensively, she has come into her own this year… She can body somebody up and play good one-on-one defense. She’s a hard person to beat.”

After being introduced as a starting defender last season along with Emma Schettig, it became clear both would have a chance at earning more minutes before the season was cut short. With just six starts under her belt, Sanchez lost that breakout year. Now, the junior is starting to put the pieces together with her fellow defenders.

“Every game we’re getting better and better,” Sanchez said. “We work a lot every day at practice just to build that confidence. That’s really helped.”

And when the backline puts it together, it allows the rest of the team to thrive.

As Maryland crosses the midway point in its regular season schedule, it has already seen results of the work being done to mature the defensive unit. And with another strong showing against the Buckeyes, the odds of seeing the Terps back in postseason lacrosse look as solid as ever.

But, for Reese, it’s all about continuing the growth and progress that she has set out to forge since day one.

“Are we where we want to be? No, no way,” Reese said. “But that’s the joy of coaching. We have to keep sticking at it.”