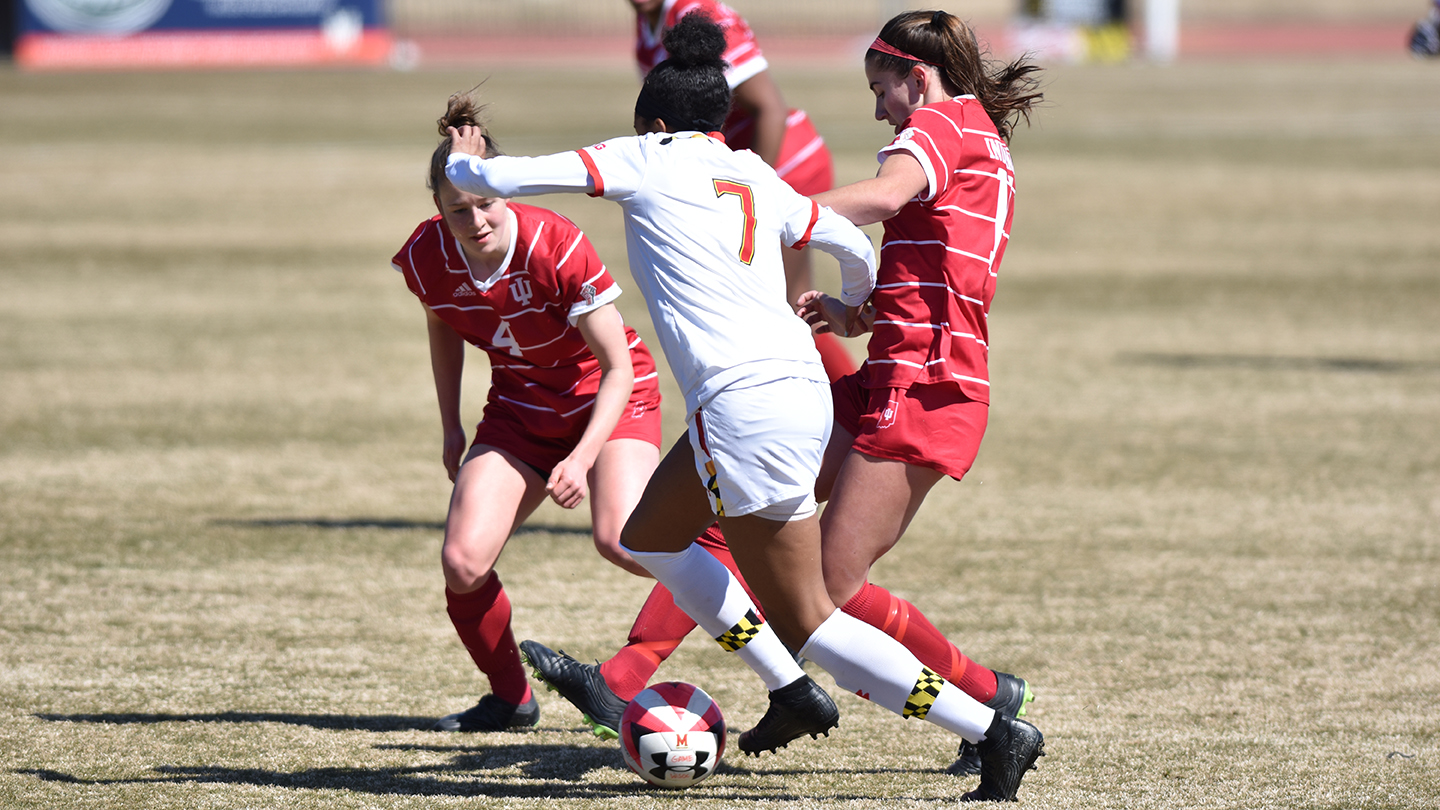 The last time Maryland women’s soccer took on Rutgers, over a year and a half ago, it secured a momentous 2-1 upset over the then-No. 20 team in the nation. Forward Alyssa Poarch and midfielder Hope Lewandoski found the net in the first half, platforming a resilient Terps performance that helped propel them to a first-ever appearance in the Big Ten tournament.

This year, both of these players will be coming back with hopes of leaving their mark once again against the No. 17 Scarlet Knights.

Poarch, fresh off of an injury, played her first game of the season Sunday against Indiana. She came back strong, scoring a goal for the Terps and defining herself as a dominant returning player.

“She showed the quality that she is,” coach Ray Leone said after Sunday’s game. “She’s had a lot of focus on her when she finally got in there, and she really showed her quality today, and I was happy for her performance.”

[Maryland women’s soccer is trying to learn from its losses]

Maryland will need a similar level of performance from the entire squad. With last year’s win, the Terps pulled their all-time series record with the Scarlet Knights to 7-5-1. It’s been a fairly even matchup in recent years, full of intensity and emotion.

“I personally see Rutgers as our rival,” Lewandoski said. “We want to beat them badly.”

Lewandoski will be a key cog in Maryland’s effort to repeat last year’s feat. She’s shown herself to be a versatile player throughout the season, ready to perform a variety of roles at any given moment.

Lewandoski and Poarch have routinely proven their willingness to adjust to the team’s needs, even as the losses have piled up this campaign. It’s an aspect of the game that Leone has drilled into his players over the years.

This year’s team, despite its early-season struggles, seems to be no exception.

“People can float around and play anywhere anytime and they’ve definitely learned that,” Leone said. “We have soccer players on our team that are willing to do anything to help the team.”

And the Terps’ two goalscorers from their last meeting with Rutgers will hope to do just that, making an impact across the pitch as Maryland looks to earn another dramatic victory over a ranked Scarlet Knights side.

“Whenever you’re struggling, you’ve got to go back to the foundations of the game,” Leone said. “That’s what we’re doing right now. We’re going back to the basics.”