Clubhouse isn’t user-friendly, but that may not be a bad thing 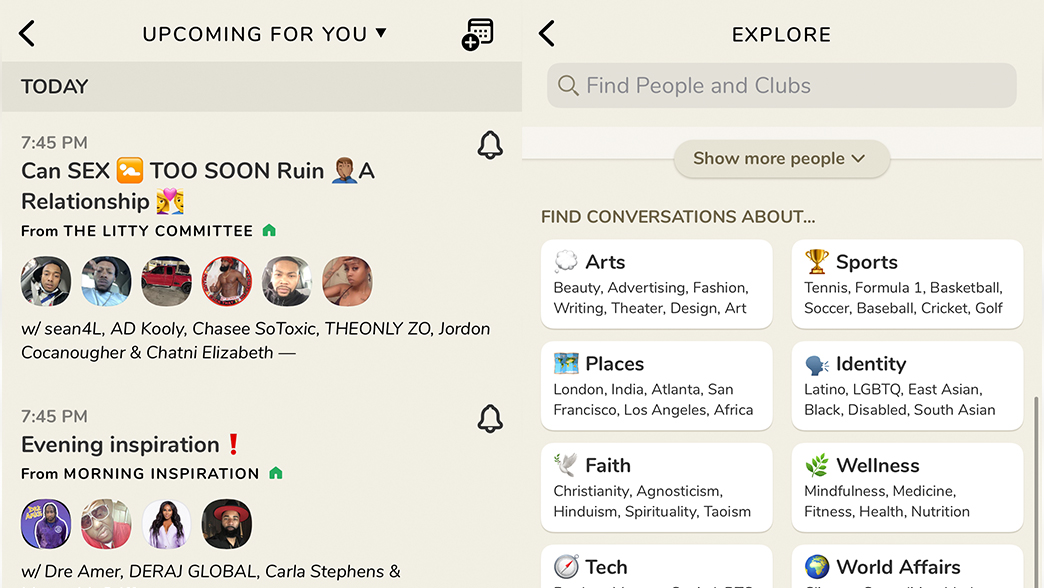 I am constantly looking for the next social media phenomenon, a quest that led me to Clubhouse. I can’t exactly explain what the app’s purpose is, but its description on the App Store calls it “a space for casual, drop-in audio conversations-with friends and other interesting people around the world.” While this concept seems simple, the app is so much more than a conversation platform.

The app has turned into a platform for people who share a common interest or goal to meet and discuss things in their field of expertise. I have seen others describe it as LinkedIn on crack, and from my week-long experience trying to figure out the app, I can say with 100 percent certainty that this is true.

To get on Clubhouse you must be invited by someone on the app. This was my first taste of the elitism the app promotes. I was able to get a code from my sister, who is a fan. After setting up my account, I was sent to a screen where I could select a wide variety of interests. Categories included  arts, faith, world affairs, wellness, languages, hustle and many more. Under those interests came subcategories with more specific topics.

I then set up my profile, where I was able to link my Instagram and Twitter and write a bio. Without any knowledge of the app, I made my bio what it is on all of my social media: “a mom making a difference.” This was one of my first mistakes. Since the app is guerilla-style networking, it was more important to say what I do professionally than choosing a funny quip that represents my personality.

[Underrepresented artists got to shine at The Clarice’s BlackLight Summit]

When it was finally time to enter the app, to say I was overwhelmed is an understatement. The app provides no user guide about how to navigate the different features and leaves learning up to the user. While the platform is becoming more popular, it doesn’t seem big enough where it feels intuitive to use. I struggled in finding rooms that interested me — as in, rooms where I actually want to hear what the hosts are talking about.

When you look at other social media apps, there’s very few features that are not user-friendly. After a week on the platform, I still don’t quite understand how to navigate it.

The thing about Clubhouse is you have to dedicate time to finding what you want, and not everyone wants to do that. Maybe balancing this trial with my midterms wasn’t my smartest decision, but in my opinion, social media shouldn’t be an overcomplicated system that requires the user to delicately curate the media best suited for them.

The next issue circles back to the premise of joining the app. There seems to be a sense of elitism that comes with the users. It doesn’t feel like it’s an app for your average person. There’s nothing really casual about these conversations. The people you see talking in these rooms, from my experience, had a holier-than-thou attitude, and listening to them talk was nothing but a clash of egos. It also feels somewhat useless — since the “experts” you’re supposedly listening to are just people who know slightly more than the average person.

And while it may not be fair to make this generalization after joining just a few rooms, I avoided the ones I chose not to join because their premise had that same elitist attitude. My main feed of topics ranged from learning how to use bitcoin to complaining about getting cheated on. It was curated based off my interests and also what rooms tend to be popular among users, because I was new to the app.

Another issue I saw was that the main voices highlighted were ones of white men. Any minority I saw on any panel was often tokenized for their experiences. I saw a room about women in music where there were eight or so men and one woman.

My final night using the app gave me a complete 180 on what I was going to say in this article. I ended up joining a room with about five people discussing social media and navigating Clubhouse. I ended up joining the speakers panel and discussing the best way to navigate the app and flaws I had seen in its usage. Talking to these people felt approachable and made me realize some valuable connections could be made.

I originally was going to write a scathing review saying this app had nothing but flaws, but that isn’t 100 percent true — though nor is it 100 percent false. The app has a purpose and can be an incredibly helpful tool. The issue is that it takes a little extra time and dedication to curate the best content for you. It doesn’t have that immediate gratification social media gives most users, and that can be discouraging to some.

[Thanks, I hate it: Noah Beck’s VMAN cover did nothing to end toxic masculinity]

I don’t think the app is perfect by any means, but I do think that with enough time, you can make some great connections and really grow a personal brand. It’s about what you put into it and what you’re trying to get out of it.