Thanks, I hate it: Noah Beck’s VMAN cover did nothing to end toxic masculinity 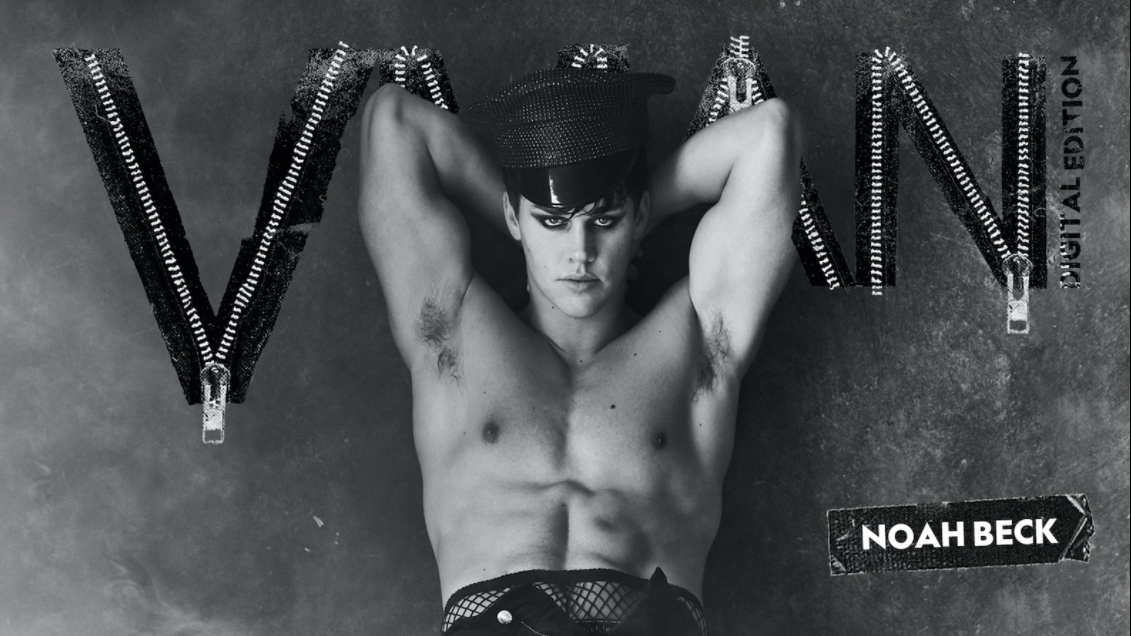 Noah Beck on the cover of VMAN shot. (Image via VMAN)

This sparked a discussion about Beck and the shoot’s content because the influencer is not known for his stances on men’s cultural roles in society, but for his TikToks that involve lip-synching, dancing, and sometimes doing both with his equally famous girlfriend.

As a member of the Sway House — the fratty version of a TikTok content creator house where influencers live together, collaborate and share brand deals — he’s no stranger to accusations of bigotry.

On the contrary, Beck and the Sway House profit off posting romantic and suggestive videos with each other, which fans eat up. But none of this is new. In fact, queerbaiting on TikTok has become somewhat of a trend. Beck exemplifies that trend’s insidiousness, emulating the LGBTQ community for clicks while seemingly deriding its members on social media.

Accusations regarding Beck’s past are public and well documented, especially those from recent years, but in Beck’s and Baker’s comment sections about the VMAN shoot, Beck is put on a pedestal as one of the men knocking down toxic masculinity, simply by wearing feminine clothing in one photoshoot.

This situation reminded me of a recent controversy surrounding TikTok creator Cooper Neidecker. Neidecker has multiple TikToks vehemently defending his choice as a straight man to wear pearls and chipped nail polish, which comes off as performative. In a now-deleted TikTok, he cited activist Marsha P. Johnson as someone who inspires his style.

Those posts sparked discourse, much of it surrounding the phenomenon of  non-LGBTQ people being treated like heroes for breaking the norms that LGBTQ people have been defying for decades.

[Four rappers played a basketball game for Bleacher Report. It was a hilarious mess.]

Neidecker can don nail polish and pearls, hopping onto the soft boy trend, and be seen as radical — most likely not facing the same violence LGBTQ people would. This TikTok summarizes this point very well.

But Neidecker’s situation is less insidious than Beck’s, which is why it’s so strange for anyone to claim Beck has had a hand in denouncing toxic masculinity when his actions suggest he is a part of the problem itself.

People can change and grow from their past, including Beck. But there has been no public acknowledgement or apology of the aforementioned controversies, so are people just supposed to forget everything because he wore eyeliner and fishnets for a few hours during a photoshoot?

Many people criticized the shoot and also brought up Beck’s past in the comments of Baker’s post. The top comment, which has over 3,000 likes, is the crux of what people are frustrated with: Beck getting praised for something he did not do.

Instead of opening to engage in productive dialogue, which can sometimes be a nuanced topic, Baker shuts down the criticism and shifts blame on the user.

“I’m sorry I don’t categorize people in the same way that you do, my creativity is not about fulfilling a pre approved identity politics check list,” he said.

This entire situation — from Beck getting lauded for his supposed stance against toxic masculinity, to Baker’s accusatory response to criticism for endorsing Beck’s posturing  — is tiring and disappointing.

But in a world where criticism is often extrapolated into #CancelCulture and where having no talent outside of influencer marketing earns you millions of fans and millions of dollars, what can you expect?