Brenda Frese has learned about adversity, resilience on and off the court 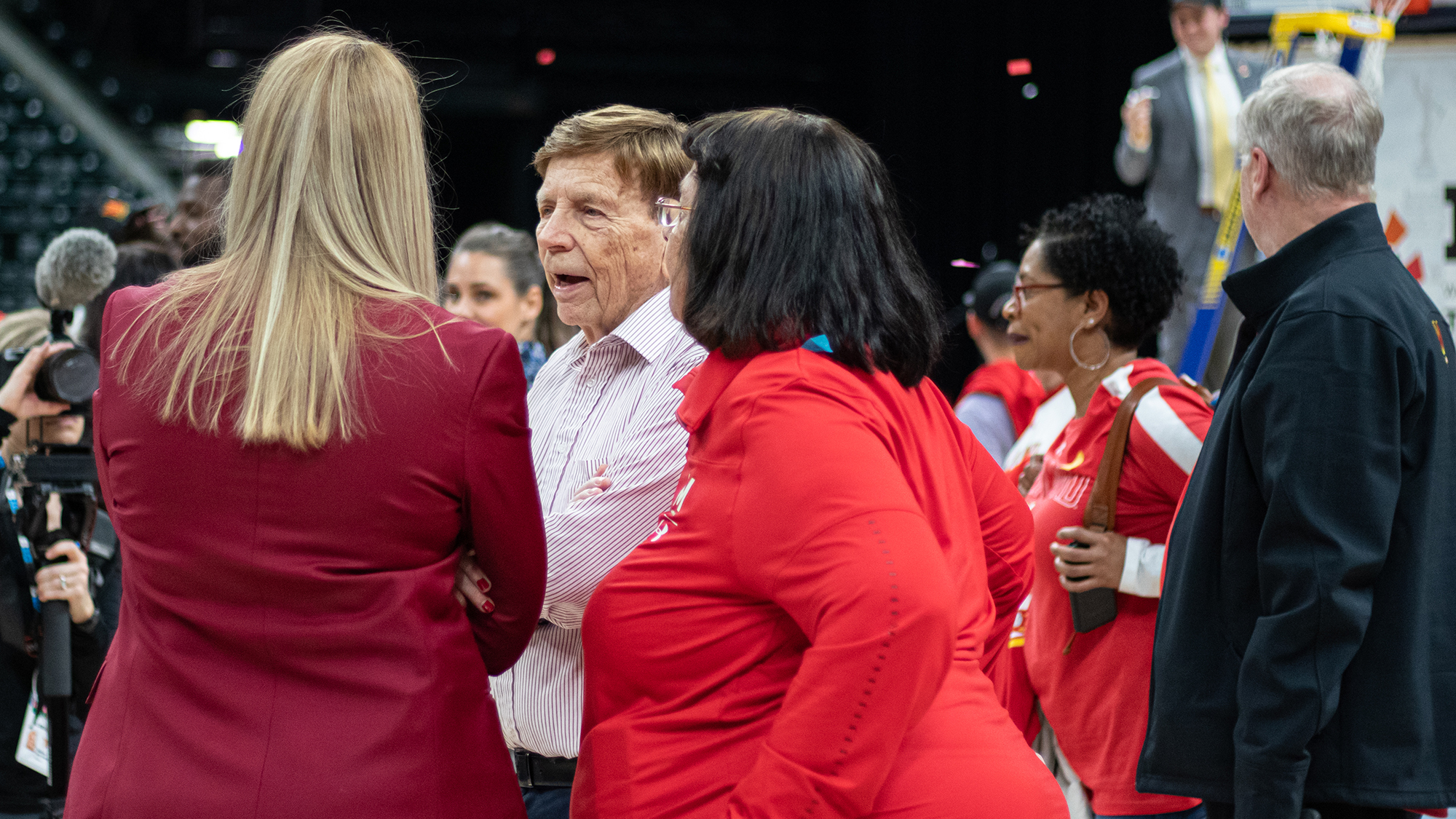 Brenda Frese paused, gathering her thoughts and her composure. She was in her office in College Park on the same day her team was scheduled to fly to Indianapolis for the Big Ten Tournament.

Frese was surrounded by Maryland women’s basketball history — various plaques and awards behind her — history she’d created and added to Monday when she won her fourth Big Ten Coach of the Year award.

But in that moment, when Frese felt her voice crack while wiping away tears, she wasn’t thinking about the history. She was thinking about a phone call she’d had the day before at dinner. Her parents called to congratulate her, and she talked to her father, Bill Frese, who’s been battling prostate cancer.

“Yesterday was a pretty tough day, I guess today is, too,” Frese said before tearing up. “Just that he was proud.”

Her father had every reason to be proud — this season might just be his daughter’s finest coaching job in an already illustrious career. It’s also one Frese admitted has been a welcome distraction in a tough time for her family.

A year after reshaping the core of a conference champion roster and losing the No. 2 recruit in the country for a bulk of the season, Frese’s squad went 21-2, won the Big Ten regular season title and is poised to make a deep run in both the Big Ten and NCAA tournaments.

Across the NCAA, the Terps rank first in scoring offense, second in assist to turnover ratio, seventh in scoring margin and fourth in field goal percentage.

Even beyond those numbers, Maryland has shown an ability to respond to hardships.

Whether it was discouraging losses to Missouri State and Ohio State that they matched with a pair of 10-game win streaks or injuries to Angel Reese and Channise Lewis that they managed by developing players such as Faith Masonius, the Terps have risen to their numerous challenges.

It’s a trait of Frese’s team — one that she also sees in her father.

“He’s taught us so many lessons,” she said. “Just that level of resiliency, that toughness that we’re watching him battle through is pretty incredible.”

[With family in the stands, Maryland women’s basketball celebrated its Big Ten title in style]

Toughness is a key part of this Maryland team, particularly for the players in the frontcourt. One of the key pieces of the reshaped Terps roster, Chloe Bibby, knows exactly what the clashes down low are.

“It’s a battle, just that’s what it is, it’s a battle,” Bibby said. “I think that’s that competitive spirit and that toughness that we bring to practice, it’s what we see in the game.”

It’s a mentality that extends off the court, one that’s allowed the team to become more like a family, supporting Frese through her tough times like she’s supported them through a season.

As Reese worked back from her injury, she knew her coach and her team would be there for her to uplift her, even on her worst days.

“Whenever she may not have the best day, she knows that she can look at a team for a good smile and a good laugh,” Reese said.

And as the team enters the Big Ten Tournament nearing the end of their season-long journey, Frese made sure to note that her team was prepared.

“I’m just really grateful, obviously, for this team and our players,” Frese said. “Because they bring it every single day and that’s exactly what my dad exemplifies.”