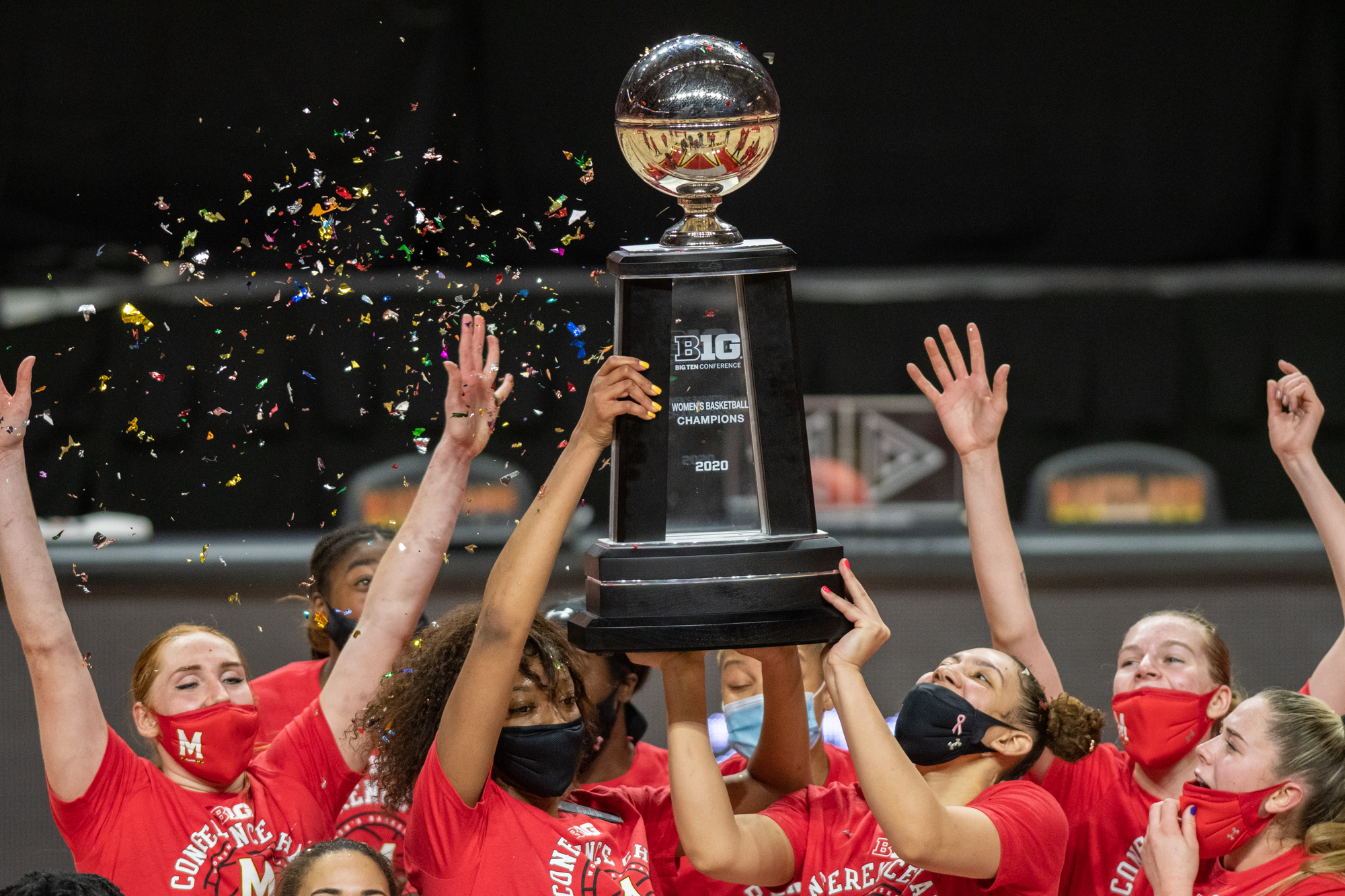 Maryland women’s basketball coach Brenda Frese was named the Big Ten Coach of the Year for the fourth time in her career, the conference announced Monday. She received the award after a regular season that saw her and the Terps secure another Big Ten regular season title.

Despite losing all five starters from last year’s Big Ten tournament champion team and losing the No. 2 recruit in the country to injury for a great deal of the year, Frese’s team had a lot of success, going 21-2 for the season with a 17-1 conference record.

[With family in the stands, Maryland women’s basketball celebrated its Big Ten title in style]

She did it behind talented players like Ashley Owusu and Diamond Miller, who were both named to the All-Big Ten first team by both the coaches and the media. Owusu’s selection was unanimous. Katie Benzan was named to the second team.

The Terps rose to No. 7 in the AP Top 25, the highest-ranked Big Ten team.