After a shutout, Maryland men’s soccer is relying on its defense for future success 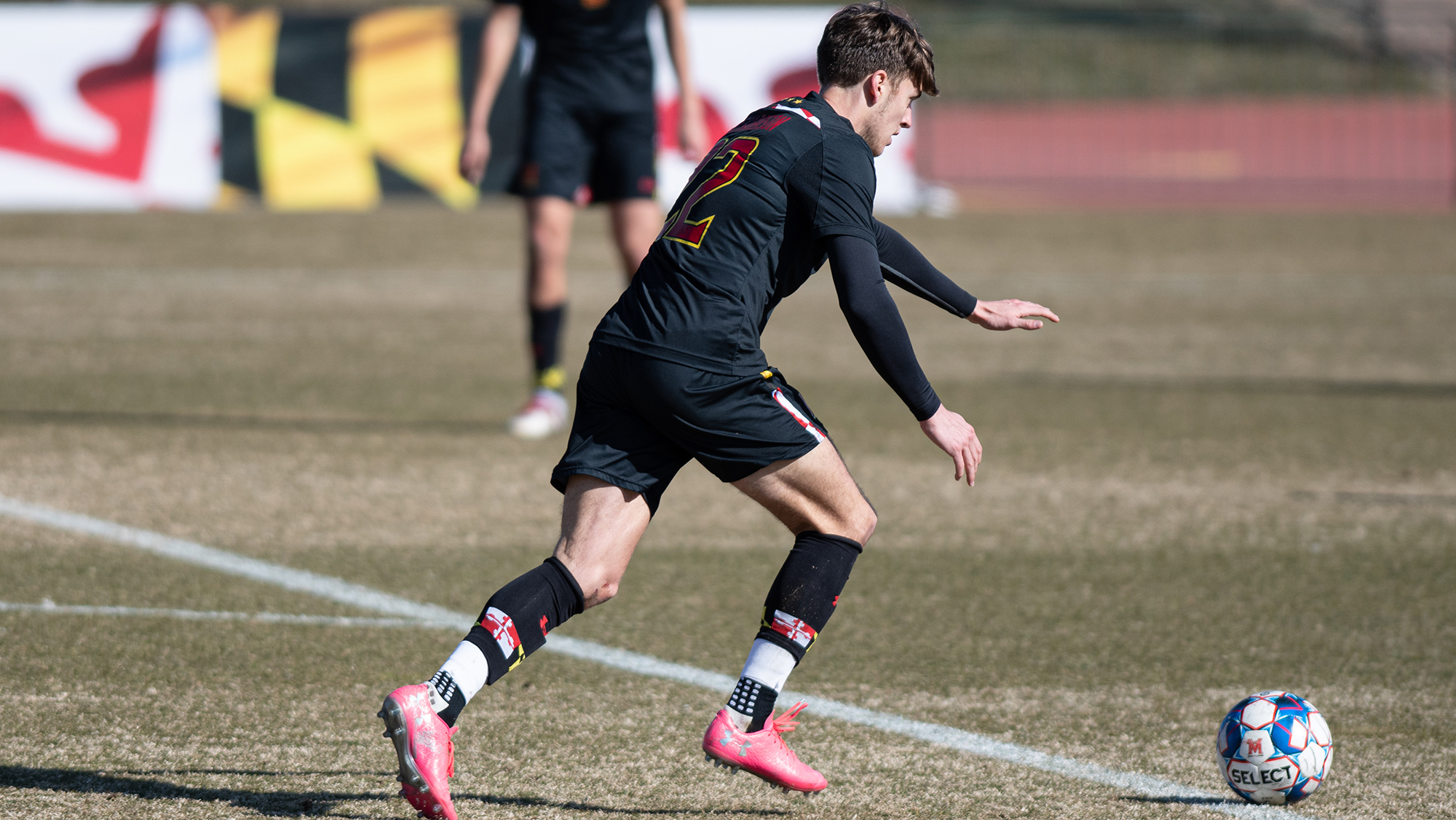 In the 87th minute of its contest against Wisconsin, Maryland men’s soccer’s goalie Niklas Neumann rose for a floated cross. He corralled the swirling ball in his arms and held onto it, killing a few valuable seconds.

It was the closest the Badgers came in an otherwise imperious defensive performance from the Terps — one in which they only allowed two shots.

“I thought our defensive shape and connectivity was outstanding,” coach Sasho Cirovski said.

Maryland was a tough defensive unit, shutting Wisconsin out and controlling possession for most of the proceedings. It was seldom threatened by a Badgers’ attack that had found the back of the net twice in its three games prior.

The Terps did so while playing their fourth new defensive unit in as many games. Nick Richardson filled in at right back once again, while Neumann started in goal for the first time in 2021.

After being tapped as team captain, Brett St. Martin delivered a leader’s performance, commanding a back four that previously lacked stability. He barked instructions at his team throughout, dictating Maryland’s tempo off the ball. And when he had it, the junior appeared  composed, keeping the ball moving and passing with precision.

“Sasho has been telling me to find my voice on the field. And we got a new back line this year with a lot of people leaving … so for myself, just to step into that leadership role,” St. Martin said.

Still, among the new look defense, it was Alex Nitzl who stood out the most. The German player — who’s part of the Bayern Munich academy — slotted in on the left side of defense.

And he seemed to fit right into a new system, passing the ball comfortably and putting in some vital tackles.

“I thought he was outstanding, certainly was one of our real bright spots,” Cirovski said.

Though it wasn’t a complete defensive performance — there were some cheap giveaways, and the Terps looked vulnerable to counterattacks — it was the best they have put in on the young season, and it showed on the scoreboard, too.

It’s that kind of setup Maryland will look to replicate as it faces Michigan. Though the Wolverines have played against some of the conference’s weaker defenses in their early games, they average two goals a game and possess some prolific attacking talent.

“It’ll be a tough challenge,” Cirovski said. “But we’re ready.”

His squad will have to be. An 0-3 start made a Big Ten conference title look unlikely and NCAA tournament hopes fade early in the season. Though Sunday’s shutout of the Badgers represented a step toward playing beyond the end of April, the Terps still face an uphill battle to a postseason spot.

Still, a shutout and better performance made a dire situation seem far less destructive, so a win against Michigan could well be a turning point.

“The first three games didn’t reflect who we are,” Cirovski said. “We think we’re trending in the right direction.”