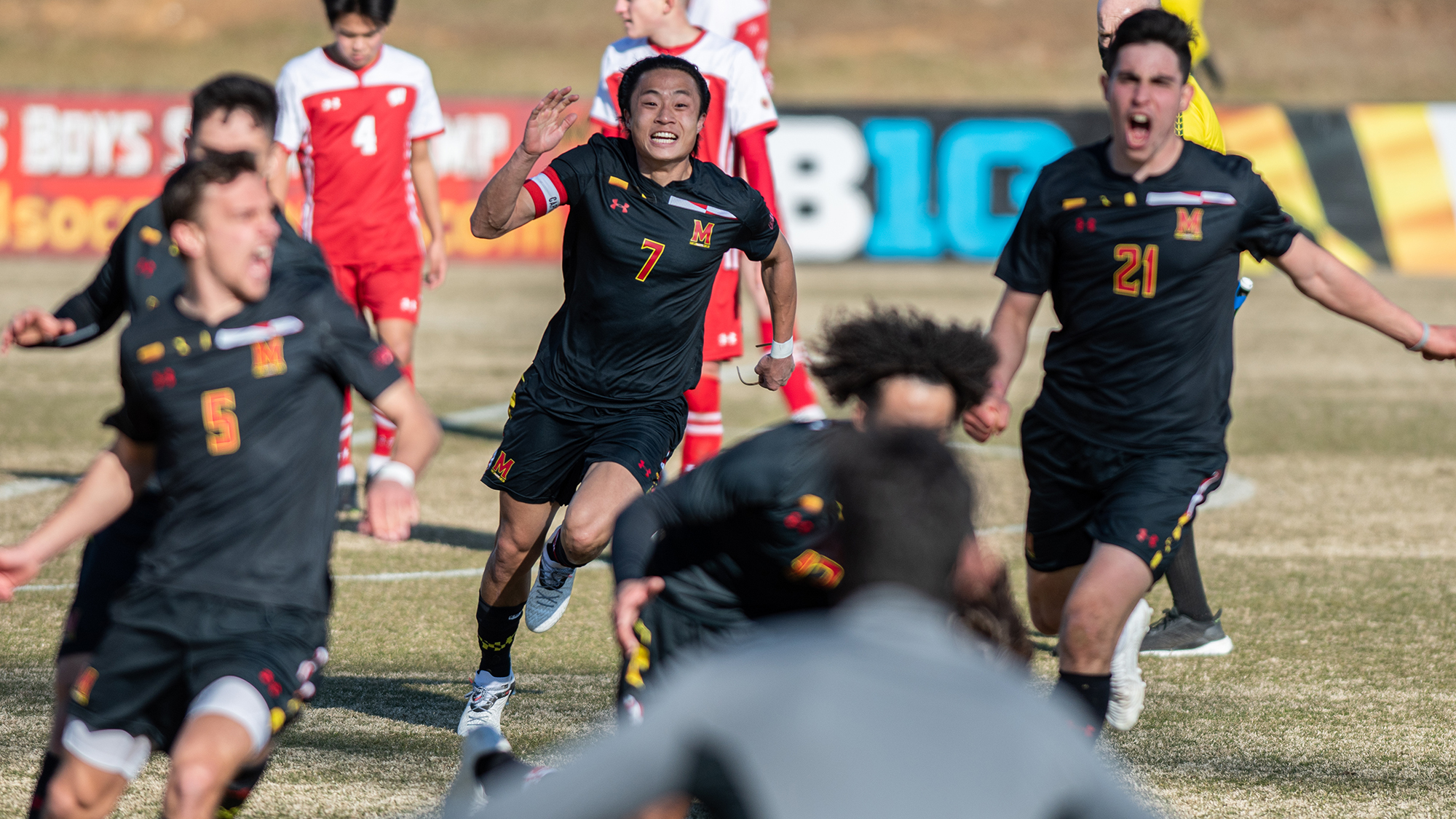 Paul Bin probably shouldn’t have reached the ball. Jacen Russell-Rowe had just hit an angled pass down the sideline, in behind a Wisconsin defender, leaving Bin with 40 yards to run and two defenders to beat.

But the senior put his head down, picked up speed, reached the ball and started a Maryland men’s soccer counterattack.

“The minute I was in a foot race with their No. 5, I knew I was gonna get there,” Bin said.

That burst down the sideline was emblematic of Bin’s best game of the season to date — one in which he didn’t find the back of the net, but flashed his quality and relentless work ethic in the final third.

“I wanted Paul to just be Paul. He played like a captain today,” coach Sasho Cirovski said. “He was inspirational throughout.”

Cirovski switched formation for the Terps Sunday, deploying Bin in a more central position while encouraging him to run behind the defense to create opportunities. That change seemed to unlock the best in the senior captain, as he harassed the Wisconsin backline throughout the contest and proved to be a constant threat in front of goal.

Although Bin is more used to playing in wide areas, he still found opportunities to take on defenders and create chances for his teammates — all while playing his second-highest minutes tally of the season.

“I’m happy to play up front. I think playing up front does suit me as well, with the traits that I have as a player,” Bin said.

Those traits — the electric pace, skilled dribbling and pressing smarts — shined Sunday afternoon, evident from the first whistle to his withdrawal in the 85th minute.

He tallied the Terps’ first shot of the day, running off the shoulder of a Wisconsin center back, taking a pass from Mike Heitzmann in stride and firing on the run. Though the ball sailed over the bar, it was a sign of things to come.

Later in the half, Bin took on an opponent, slaloming into the box. Just as he was about to shoot, a stray leg appeared to catch the senior after a tackle — but the referee didn’t point to the spot.

“I mean, that’s just kind of me being natural Paul Bin, I guess — drifting out wide and getting the ball out wide and attacking the fullbacks,” Bin said.

There were further moments, too: sharp cut backs onto his stronger right foot, stepovers and sprints to the byline, flicked passes to Russell-Rowe.

“Paul looked free and clear today, the way he played, he looked like there was no weight on his shoulders,” Cirovski said.

Despite his liveliness on attack, it was Bin’s work off the ball that kept the Terps ticking Sunday afternoon. Bin was made captain before the season, a position he’d never been in before. Against Wisconsin, he displayed the leadership traits that prompted Cirovski to hand him the armband.

[Maryland men’s soccer was derailed by careless mistakes against Rutgers]

After Maryland started slow, Bin could be seen firing his teammates up and heard screaming instructions. After Russell-Rowe gave the ball away in midfield, Bin offered advice and sat next to him on the bench.

And when Maryland needed a bit more energy in a tight 0-0 contest, Bin offered it with his relentless running. His sprint down the sideline embodied that, but he also pressed the Wisconsin backline constantly. He drew cheers from a limited capacity Ludwig Field crowd for hounding sloppy passes from the Badgers’ defenders. He received plaudits from the bench for forcing opponents to play difficult passes.

All of that amounted to a near complete performance from the Korean. He was substituted in the 85th minute, looking an exhausted figure as he walked off the pitch.

“I was knackered for sure,” Bin said. “I really emptied the tank. I’d do that all over again for another win.”

Bin’s leadership by example is what the Terps might need as they fight to right the ship after an 0-3 start. Though Russell-Rowe got his name on the scoresheet in Maryland’s win, Bin’s performance rallied a squad that had otherwise labored through its first three games.

For Bin, it’s that attitude that might just turn the season around.

“I don’t want to leave the pitch … knowing that maybe if we do lose, that I do regret my performance and my leadership,” Bin said. “So I left literally everything out on the field.”