Maryland men’s soccer was derailed by careless mistakes against Rutgers 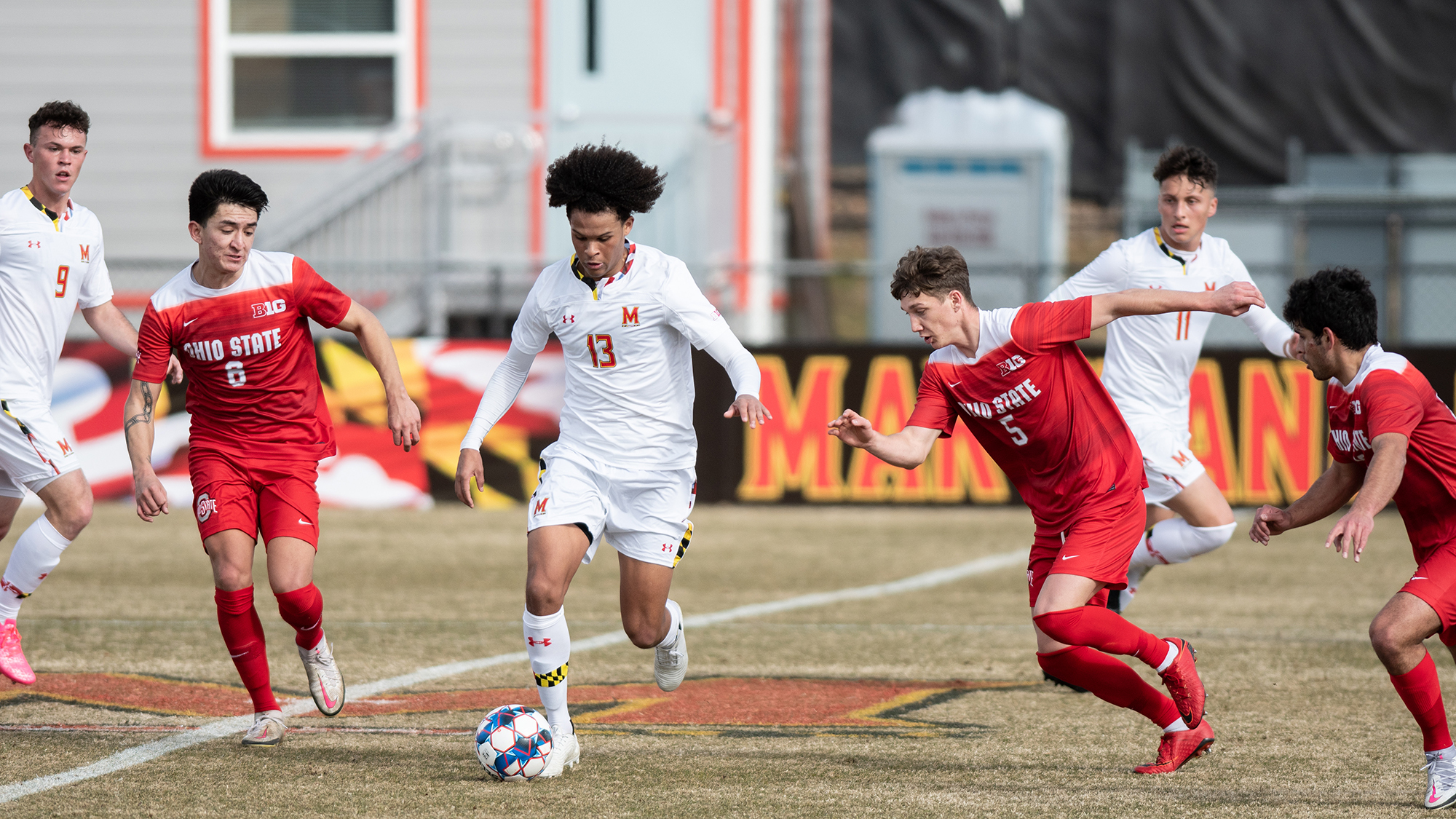 Ritchie Barry stood over the ball, staring at the net from 20 yards out. Then with two steps and a glance at Maryland men’s soccer goalkeeper Jamie Lowell, the Rutgers forward wrapped his foot around the ball, sending it spinning into the top corner. It gave the Scarlet Knights a 2-0 lead.

But it never should have happened to the Terps.

Barry’s free kick was the result of a careless foul by Nick Richardson that earned him a yellow card.

Richardson’s trip was one of 14 fouls from Maryland on Wednesday — a tally that proved costly in its 2-0 loss.

That inexperience showed throughout the 90 minutes, with plenty of fouls and many mistakes. The Terps picked up four yellow cards for their reckless tackling.

“Our freshmen … played like freshmen today. And unfortunately, we’re asking a lot of them right now,” Cirovski said.

Maryland conceded two penalty kicks to Rutgers. And though Pablo Avila failed to convert on both, they were emblematic of a sloppy performance from the Terps.

For the third game in a row, Cirovski fielded a different back line. Without continuity on the business end, Maryland’s defense was sloppy and rash. The two most experienced center backs — Richardson and Brett St. Martin — combined for half of the Terps’ fouls, often isolated against the Scarlet Knights’ tricky attacking players.

And Rutgers played into the physicality of the game. Its three most defensive players, all standing at more than 6 feet tall, made the game difficult for the smaller Maryland team.

“They had some big guys through to the middle of the field, one big [center defensive midfielder], a couple of big center backs,” midfielder Malcolm Johnston said. “They were putting bodies on the line, winning those 50/50 balls.”

The Terps appeared to be physically overmatched. Cirovski pulled his biggest midfielder, Joe Suchecki, after just 31 minutes, leaving Maryland even smaller in the center of the pitch. Amid that physical play, the Terps’ defensive errors were amplified, and their relative youth showed.

Meanwhile, the team offered little on offense. With Brayan Padilla and Paul Bin still working their way back to form after suffering ACL tears last season, the Terps relied on freshmen Jacen Russell-Rowe and Ben Bender to provide up front. And for the second game in a row, Maryland was shut out.

And those freshmen — the ones Cirovski is demanding so much of — might well be called on again. The Terps play Sunday and might be without the same players that had to watch from the treatment table Wednesday.

It’s not a familiar sight for a Maryland team that hasn’t started 0-3 since 1992.

“We’re just trying to fight to survive, and unfortunately we’re not getting results,” Cirovski said. “Hopefully, things will improve.”