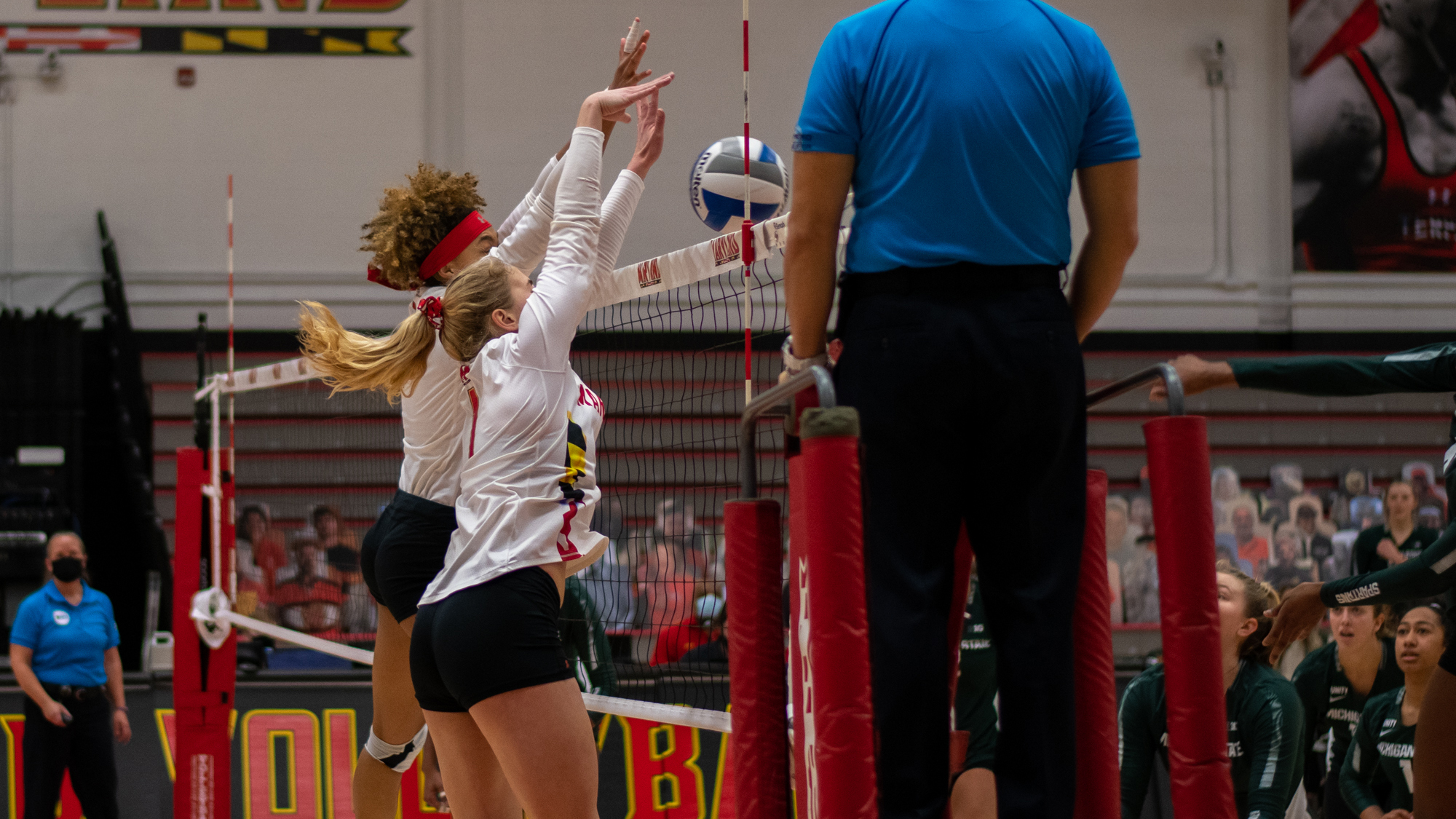 After splitting last week’s doubleheader against Michigan, Maryland volleyball returned home to College Park with its first victory of the season — a significant milestone for a previously winless team.

The Terps will now turn their attention to yet another Big Ten foe, as they prepare to face No. 10 Penn State this weekend at home.

The Nittany Lions, led by seven-time national champion coach Russ Rose, are coming to town following a 3-0 sweep of Indiana, where the team hit .364 to trounce the Hoosiers for its fourth win of the season.

Penn State overwhelmed Indiana offensively to the tune of 52 kills — 17 of which came from star rightside hitter Jonni Parker. In total, the Nittany Lions received double-digit kills from three of their starters, while only posting 13 errors as a team on the evening.

While Penn State’s offense proved formidable last week, it will face a much tougher task matching up against the Terps, who currently rank first in the Big Ten with an average of 2.71 blocks per set.

“Our staff is really good at telling us how to make a game plan and figure out where to go and set up the block,” middle blocker Cara Lewis said. “And also, our right sides and outsides help out so much.”

And while Maryland found its rhythm against Michigan last week, the Terps have looked to find a way to improve from their previous performance in preparation for Penn State.

“There’s also tiny things that we can improve on every single game,” Jones said. “Even after we won the Michigan game, we definitely found things that we could improve.”

So, the combination of a high-powered Penn State offense and a stifling Maryland defense could potentially spark some fireworks. And given Maryland’s rivalry with Penn State across all programs, the Terps are looking forward to the challenge.

And with a matchup against their biggest rivals looming large, Lewis said the Terps have taken extra steps in practice to ready themselves.

“We’ve definitely been hustling after a lot more balls than we usually have been,” Lewis said. “We are really excited to play this game.”