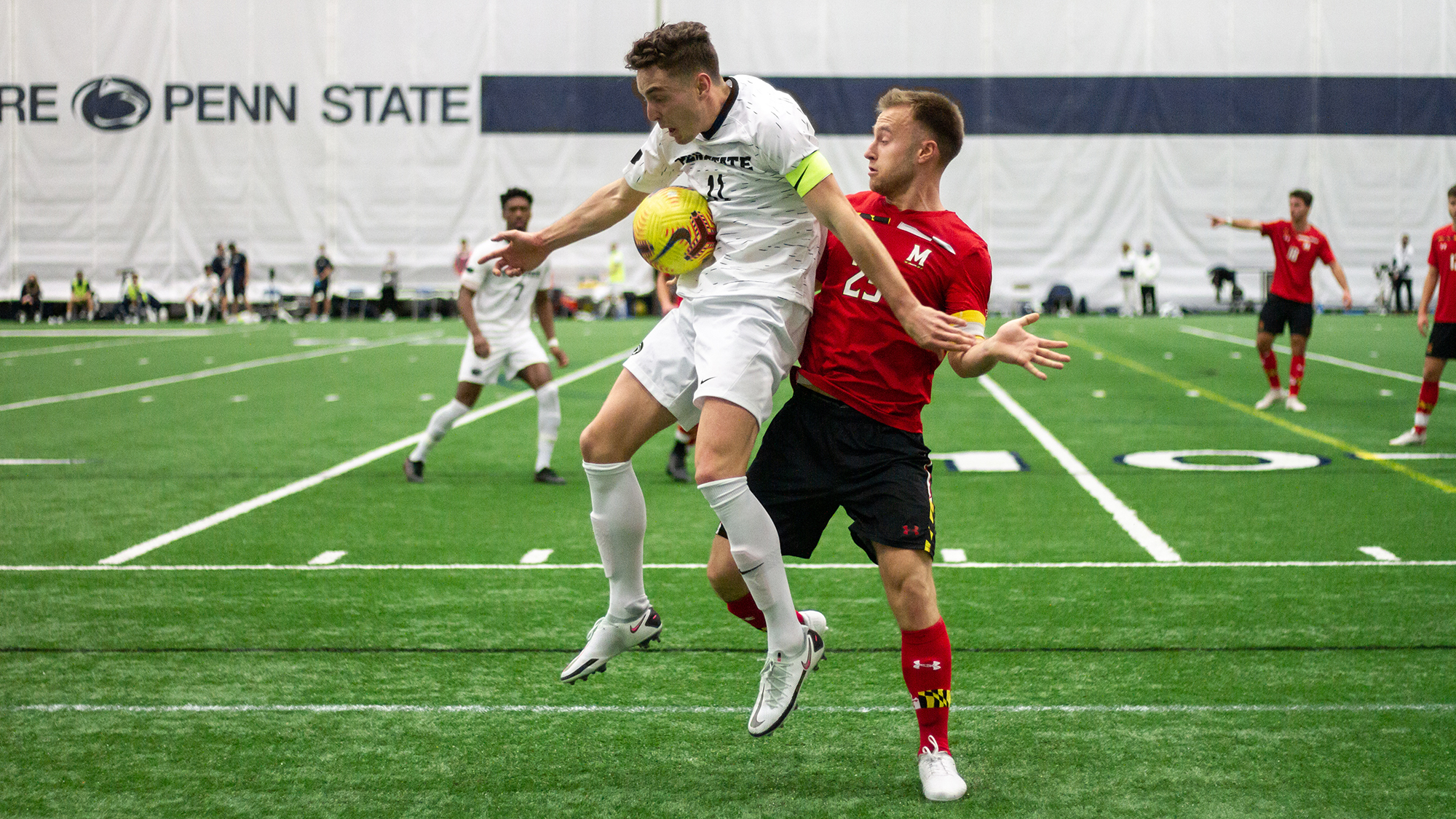 It wasn’t anything flashy. The right back simply fed a ball between two defenders to find a teammate — the kind of pass he’d made countless times.

But for the then-freshman, that pass was a significant moment in the first of 56 appearances in a Maryland shirt.

“I was kind of like, OK, that’s helpful for me to get some momentum, get a rhythm,” Di Rosa said.

Since the emotion of that day, every pass, shot and tackle have become all the more real, his time on the pitch more significant, his successes more rewarding.

And on Saturday, Di Rosa will experience all of that for the last time as he makes his final appearance as a Terp and concludes a glittering Maryland career.

Since his first appearance, an 18-minute runaround in garbage time against Santa Clara in 2017, Di Rosa has developed into an MLS-caliber talent — something sealed by his selection at No. 44 overall by New York City FC in the MLS SuperDraft on Jan. 21.

Di Rosa’s Maryland career didn’t get off the smoothest of starts. He was in and out of the lineup as a freshman, struggling to nail down the right back spot.

There were the highs of an 81-minute performance in a 0-1 loss to Georgetown. But there were also the lows of a six-game losing streak that ended in a first-round NCAA tournament exit against Albany.

“It didn’t come easy,” Di Rosa said. “My freshman year was a challenging year for the team and for myself, just getting used to a different environment, new players, new teammates and a much higher standard than I had been used to.”

Things picked up from there, though. In 2018, Di Rosa came into his own at the right back spot, serving as a stout defensive player while also showing attacking quality. He took a few matches to find form but settled into the starting lineup during the Big Ten tournament.

And he eventually became an anchor in Maryland’s staunch defense — one that didn’t concede a goal in the NCAA tournament en route to a national championship.

That year, he was named to the College Cup All-Tournament Team as an acknowledgement of his consistency at the back.

[Maryland men’s soccer relied on its freshmen against Penn State]

“The challenges at the beginning of my career were all kind of worth it in the end, after we won that 2018 national championship,” Di Rosa said.

Di Rosa built on that his junior year, becoming a more dynamic offensive player. There was a 20-yard thunderbolt into the top corner against Villanova with just minutes remaining to secure a hard-fought 1-0 win. There was a winding run down the right wing, cutting inside one defender, bamboozling another with a cut to his right before sliding a cross right to Eric Matzelevich for a tap in against Michigan.

On a dilapidated Maryland team, deprived of its three most creative attacking players due to injury, that production was crucial — and enough to earn him a shot at the next level.

Three-and-a-half years since his first appearance, Di Rosa has had the opportunity to reflect.

That first game didn’t feel real, he said. Though he held his own, the intensity — the new level of play — was a shock to the system.

“I do remember it … feel like I’m playing like a video game or something,” Di Rosa said.

But as the years have gone by, everything has started to become that much clearer.

And as he steps onto Ludwig Field for the last time Saturday afternoon, the memories, challenges and triumphs have all become apparent, too.

“There’s been so many great moments on and off the field, and the challenges I wouldn’t change for anything,” Di Rosa said. “It’s just been incredible.”