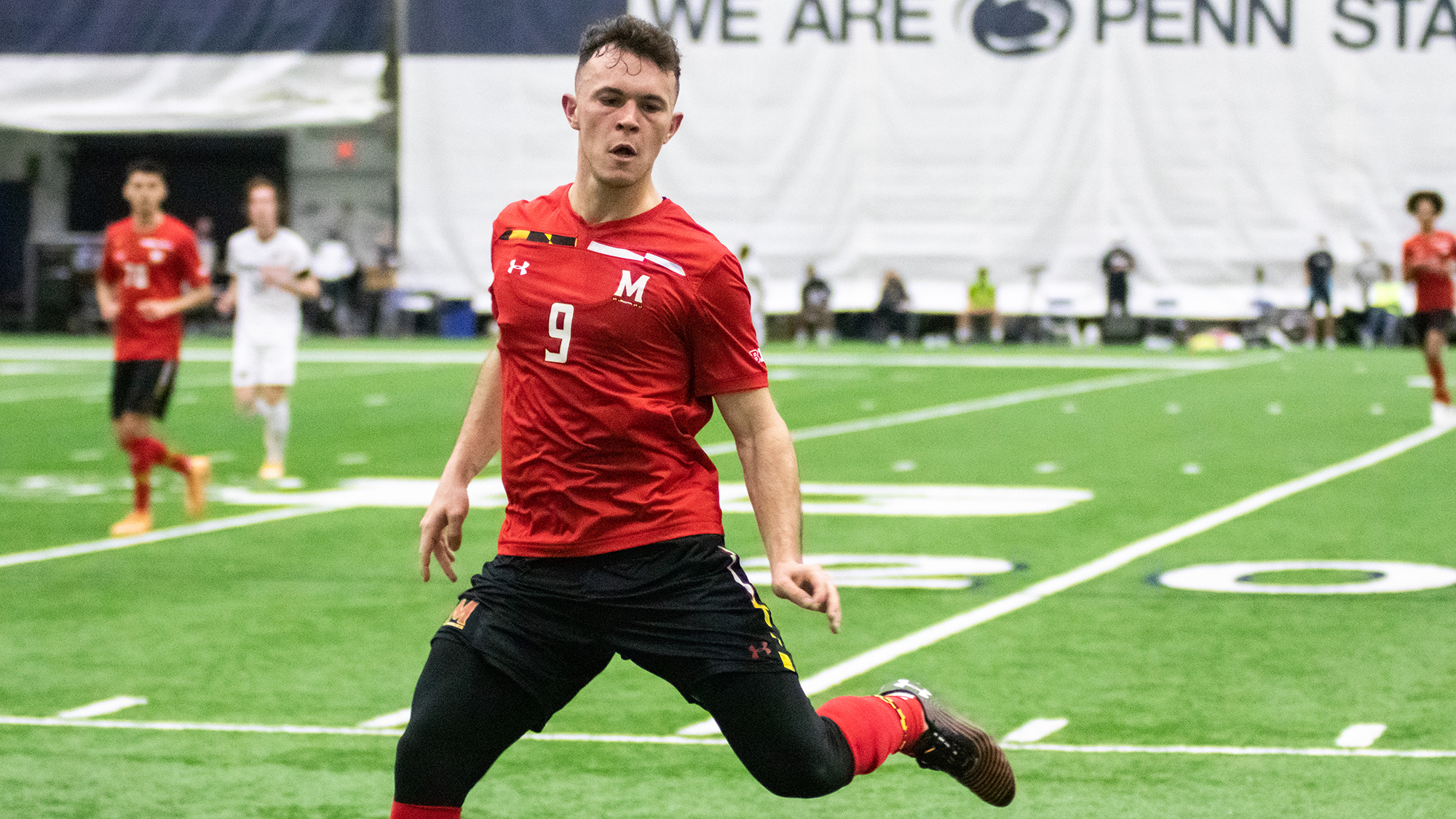 It was halftime during a National League Baltimore Celtic game in December 2016, and Nick Richardson was distracted.

His squad was locked in a tight contest, but as he peered over to the sideline, a recognizable face caught his eye.

Sitting in the stands was Maryland men’s soccer coach Sasho Cirovski, scouting him in-person for the first time.

“Sasho is a pretty hard guy to miss,” Richardson said.

And Cirovski liked what he saw. Within weeks, the Baltimore native was visiting College Park. His commitment was sealed by February 2017.

But Richardson isn’t the only now-Terp in Celtic green to experience Cirovski’s watchful eye. Maryland has five Baltimore Celtic products on its roster, with the Terps holding a tight grip on talent from one of the premier clubs in the nation by drawing right from their backyard.

“They’re just made of the right stuff. That’s the best way to say it,” Cirovski said. “They’ve got that Baltimore toughness.”

Cirovski has routinely reached into Baltimore-area talent for his squads, valuing the recruits’ competitive style and technical quality. That was on full display in Maryland’s season opener, as Cirovski started four Baltimore Celtic products and brought on another off the bench.

But that pipeline — that strong tradition of local talent — isn’t a sudden occurrence. It’s the result of a network that delves deep into the area, with coaches at the youth level fast-tracking the area’s best to College Park.

[Maryland men’s soccer relied on its freshmen against Penn State]

For some of the current crop of players, it started with Brian Rowland, Maryland’s former assistant coach. He worked with the Celtic organization during his tenure on Cirovski’s staff. And in that position he served as a step of Maryland’s scouting network, relaying information to the coach and notifying him about promising youngsters.

It was something Richardson was constantly aware of — especially during games.

“Brian was always just having a little look,” Richardson said.

For some, those glances turned into conversations — ones that would often shape their future.

“He opened my eyes to the possibilities of where I could go playing soccer in college. He said that Maryland is very interested,” forward Justin Gielen said.

And Cirovski followed up on that interest. He lauded Gielen’s Celtic team — which also included Richardson — for its caliber of play and its winning pedigree.

Richardson and Gielen came to College Park with a combined six state championships and one national championship between them, which Cirovski valued.

In 2016, Celtic merged with Baltimore-based outfit Fewster FC — meaning all the players on both squads had to try out for the club again. A larger talent pool fostered competition, making it harder to nail down a spot on the weekly squad. But the current Maryland crop all earned a spot on the team. And that signature relentless nature, fostered by a competitive culture, has made those players even more valuable.

Cirovski regularly describes Baltimore recruits as some of the hardest working on his team. They’re often willing to put in an extra shift or play out of their natural position for the good of the team, he says.

Richardson, for example, came to the program as a right back, but has played five different positions in his full year as a starter for the Terps. Gielen spent most of his youth career as a striker, but started at right midfield this year. And Justin Harris played on both wings over eight starts last year.

But that dedication and selflessness started well before those players came to College Park. Gielen attended DeMatha Catholic High School in nearby Hyattsville, a long drive from Celtic’s practice fields. So, he commuted for more than an hour several times a week to play with the best talent around.

Those long drives were necessary to get such an elite level of training.

“It was people coming from all over to get this kind of, high quality level of training that you just couldn’t find anywhere else,” Gielen said.

The long commutes also fostered a sense of loyalty between Celtic players. It’s not uncommon for recruits to bounce around from club to club, testing the waters at different setups to find the ideal level. That the Celtic kids would willingly drive so far — and train so hard — showed their fierce sense of devotion to the club.

And Maryland’s players had always been willing to adjust to wear the Celtic shirt. Left back Isaac Ngobu, for example, came to the club as a left winger, but made a switch to defense. Brett St. Martin had played in a variety of positions, but Rowland saw the physical qualities of a center back in him.

It’s that kind of selflessness that Cirovski valued in the recruiting process.

“I’m not a big fan of kids who find a new club every year,” Cirovski said. “That’s a big red flag.”

Those qualities bring an extra edge to this Maryland team. Richardson has to be told to slow down in training, Cirovski said, and Gielen never takes a play off. St. Martin has worked his way to being one of the most consistent center backs in the conference. Harris tallied consistent minutes as a freshman. Ngobu started at left back in the season opener.

And there are surely more to come, as Maryland continues to let the best local talent flourish.

“We circle a 50 mile radius of our campus, and we want to make sure that we’re getting, minimally, three of the best five players every year to play here,” Cirovski said.