Listen to Grip, the rapper aiming for the throne and hitting the target 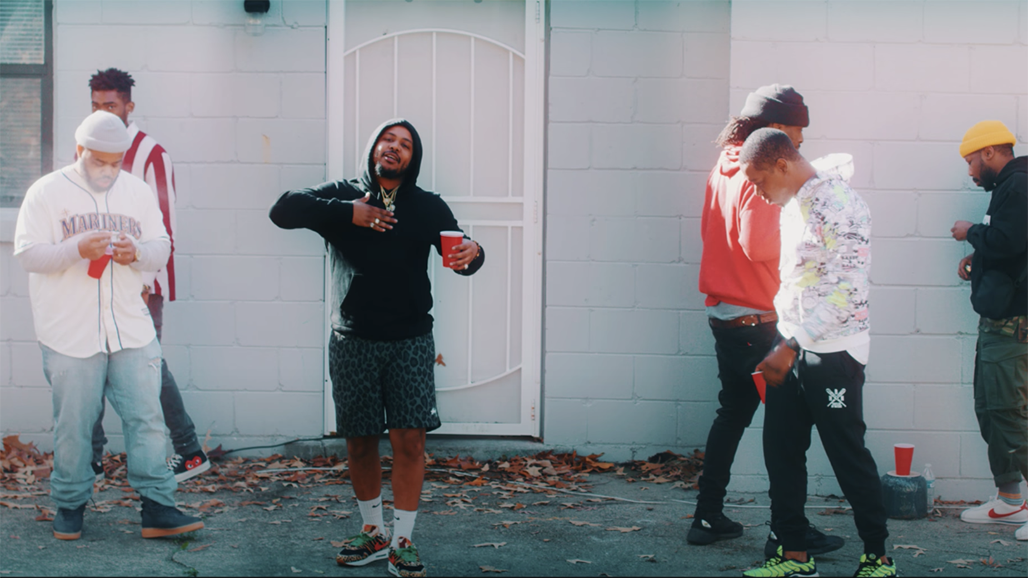 GRIP in his music video for "Yams Interlude." (Screenshot via YouTube)

When I listen to contemporary music, I tend to break it down into three initial categories: lyrical content, vocal delivery and instrumentals. Of course, this is an oversimplification of an impossibly complex art, but it helps me pinpoint what is and is not appealing to me in a new song. While fulfilling all three requirements is usually the ultimate goal to indicate quality, I often don’t need a song to excel in all three categories to enjoy it.

Kurt Cobain possessed incredible vocal talent, even if the lyrics were gibberish. Glass Animals bring unique and creative instrumentals to all their tracks but lack in other areas. Noname always delivers sharp and conscious rap, but she’s often monotonous. Few greats rise above the ordinary in all three areas — and rapper GRIP is rocketing to the top.

Another hip-hop talent out of Atlanta, GRIP focuses on the content of his music. Yes, you could put on one of his tracks and listen mindlessly while doing other things, and it would still be enjoyable — but this is rap worth your focus. Every track feels carefully planned, from the structure to the beat to the melodies to the bars.

He debuted with concept album Porch, which focused on growing up in the South. Not many can say they began their rap career through a concept project. It was ambitious, but GRIP had the skills to back it up, and his following sophomore album Snubnose was even more daring. Today, there’s a drought of music from mainstream hip-hop concept artists like J. Cole and Kendrick Lamar, but GRIP can satiate that need.

[Will 2021 bring the resurgence of rock and roll?]

He uses diverse instrumentals throughout his discography: Some songs have only simple quarter note melodies, while others use potent soul samples or complete beat switches. It’s uncommon in his work to find looped beats without any change. There’s almost always an interesting switch-up, and that can likely be attributed not only to GRIP’s instinctual beat selection but also to his frequent producer TU!.

Snubnose begins with a tone-setting two part track, “He is … I am.” First, GRIP raps over a pleasant choir sample before the entire song changes and another character takes the stage. Distorted bass reverberates in your speakers, a high-pitched vocal effect hides GRIP’s identity, and he takes on the persona of the murderous firearm strapped to his side.

Other rappers would fail to pull off storytelling from the perspective of an inanimate character, unable to create the necessary literary foundations in an anthropomorphic tale, but GRIP has no such limits. The album goes on to focus on gun violence in his surroundings as he trades verses with the object in question.

GRIP flows with the best of them. He switches up from his standard Logic-esque, dense and enunciated delivery to show off the variety of lyrical ammunition he stores in his arsenal. On “Pressed,” he turns melodic and rhythmic, reminiscent of Saba. On “GRIP 3:16” he shares a track with fellow Atlanta rapper JID, mimicking his quick alliterative rhyming style. GRIP can easily stand out on his own, too. “Cassius” remains my favorite song by the rapper. It’s just one verse of lyrical genius, but he downplays the effort, rapping “it’s just me workin’ out.” He carries a swagger backed by undeniable talent.

[McDonald’s may be offering free fries, but they’re not the best fast-food tater out there]

GRIP released two EPs in 2020: Halo and PROBOSCIDEA. Established as a competent songwriter, the Atlanta rapper used these as playgrounds to experiment without being locked into a concept or theme. The results yielded two distinct records that allowed GRIP to stretch his rhythmic muscles. He conveys the confidence of a rapper who’s released two stellar albums, though I think he held that sureness his entire discography. Now, GRIP has teased fans with the possibility of two full LPs for 2021.

He’s released a stream of three singles this year already, my favorite of which is “Burning Bush.” In it, he passes a verse to previous collaborator Kenny Mason, and the two work together over the compact drums and melodic bells. An eerie whistle hangs in the background, a warning siren. Here, GRIP has something to prove. Even after his accomplishments, the rapper has more to say. Weaving religious wordplay to juxtapose his sinner’s lifestyle, he makes sure listeners know he has no plans to stop.

“I want to leave my mark and be considered a legend,” he told Complex in a 2018 interview.

At his core, GRIP’s art reflects what all great writing possesses. Rarely could a verse or bar be diminished by removing words without also losing meaning. He says just enough to get his point across — and no more. His lyrics ooze truth and reality. He raps from experience, he raps from his heart using his mind, he raps from a place of authenticity. In our world today, it’s a breath of cool, clear air in the smog of banality.