McDonald’s may be offering free fries, but they’re not the best fast-food tater out there 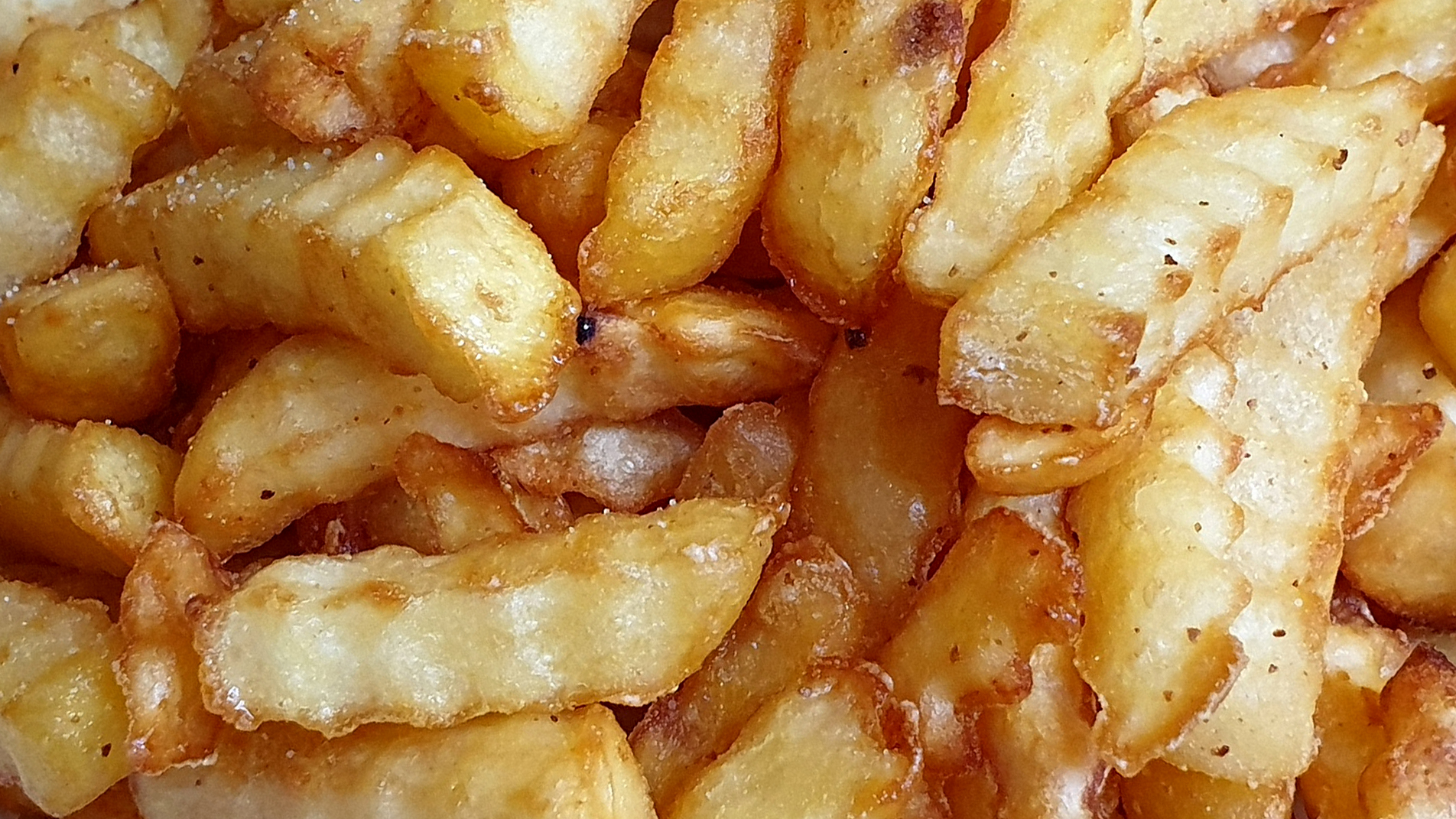 While attending the University of Maryland, I’ve met people from different parts of the country and world beyond. Among important revelations in learning about others’ backgrounds, I discovered a small surprise: My hometown of Bel Air, Maryland, and the nearby cities may have more fast-food joints than a lot of other places.

So due to the plentiful low-quality, high-calorie food options surrounding my upbringing, I consider myself a kind of connoisseur when it comes to fast-food. And while Bel Air may boast some serious savory sins, College Park has its own assortment of enticing fast-food stops.

McDonald’s just restarted their weekly Free Fries Friday promotion where you can secure a free medium fry from now through June. But how do their fries stack up to other hash browns, Tater Tots and french fries of the fast-food collective around the university? No matter the answer, it’s safe to say the options offered by the on-campus diners rank far below any of these American eatery titans (although the Tater Tots were a highlight).

The coffee shop may have steep competition in their drinks with Starbucks, but as far as breakfast potatoes go, they’re less memorable — if unexciting. The oily taters, served in disc form in little paper packets, sport a special seasoning and a vague onion flavor. Sometimes the Terrapin Row Dunkin’ comes through for me, but more often than not I’m left quite disappointed with soggy tots. I’m a crispy hash brown guy, and these just don’t cut it, no matter the seasoning.

A little too thick, and a little too mushy. The ratio of crisp shell to potato innards is unbalanced here. While their fries need some improvement, their morning hash browns are my favorite to date. The small round hash browns are the perfect shape for dipping or popping into your mouth. Crunchy but soft, golden but brown, the salty snack proves a delectable side to any of the breakfast meals. If somehow the King could combine the greatness found in his hash browns with his lackluster fries, there might be something there. Not worth a drive or DoorDash past 10:30 a.m.

Their chicken sandwich is leagues ahead of Chick-fil-A’s, but their fries lag a little behind. They’re soggy and limp, and they don’t have any fun shapes to make up for it either. However, the Cajun seasoning is a nice touch and brings something different to the table. You can’t go wrong with a chicken sandwich meal, though you may be better off elsewhere if you’re looking for the perfect french fry.

Many believe the golden arches have mastered the french fry formula, but I’m not so sure. They offer thin, salty and crispy fries that complete a McDonald’s meal, whether you’re getting their nuggets or their classic burgers. The Free Fries Friday is an enticing deal, too. It’s not that they’re bad — they just don’t hold up to the competition. Mickey D’s also offers hash browns all day at certain 24/7 locations, though the one across from University View is unreliable in this department. The hash brown patty doesn’t stack up to the bite-sized fried breakfast potatoes offered elsewhere.

When I was a kid, I loved crazy and bendy straws — anything to add some excitement to an otherwise mundane meal. As an adult, instead of spiral straws, I have Arby’s spiral fries. With special seasoning and a shape that grabs your sauce of choice, Arby’s fries are actually fantastic. It’s strange to write that Arby’s has something so tasty on their menu when everything else is so bad, like the viral Meat Mountain Sandwich.

Nobody forgets Chick-fil-A’s iconic waffle fries. The magic of their shape is the perfect vehicle for dipping into the various sauces offered at the restaurant, such as their unforgettable signature sauce. However, once you move away from the sauces, the fries can be floppy and bland. On the other hand, their hash browns, served before 10:30 a.m., are on par with Burger King’s perfection. Definitely a popular location in Stamp Student Union.

The smell alone can draw me to the restaurant all the way from my South Campus Commons apartment. Their fries? Legendary. They’re not always crispy, but they’re so greasy and delicious it doesn’t even matter. Remember: Order a small fry. The workers always add an extra scoop of perfectly salted goodness into your bag anyway, and the place is ridiculously priced, so it’s not worth the extra couple bucks.

Behold, the perfect fry. McDonald’s are too small, Burger King’s are too big, Chick-fil-A’s are too limp — and Wendy’s strikes potato gold, a Goldilocks opportunity to satiate your golden-brown cravings with just enough salt and crunch. They’re also the perfect pairing for their new, incredible Pretzel Bacon Pub Cheeseburger. The burger/fry combo is certainly worth the short drive or DoorDash fee. Their breakfast potato is equally yummy — more akin to a home fry, a length of potato fried for crunch and seasoned well (think Royal Farms’ fries, but smaller and better). For the record, I am not a Wendy’s spokesperson, just a fan.

With this guidance, you can continue on your fast-food voyages with a veritable map of buried treasure, and beware the mushy, beige fool’s gold. Meanwhile, I think I need to hit the gym after writing this article.